By T V R Shenoy
March 16, 2011 19:45 IST
'There are indications of two streams of money flooding the coffers of Kalaignar TV. The first was from DB Realty.

'The second, which is not yet publicly disclosed, allegedly involves a sum of Rs 50 crore from another participant in the purchase of 2G spectrum.'

'Investigators are also looking at a seeming clue thrown up by the famous Radia Tapes,' says T V R Shenoy.

Is corruption really an issue in Indian elections any longer?

Possibly, perhaps even probably, but is it the single most important talking point? We may be about to find come in the Tamil Nadu assembly polls that are now exactly a month off as I write.

M Karunanidhi, the DMK boss and the chief minister of Tamil Nadu, was overheard lamenting that he was being punished for keeping his word. Five years ago the DMK-led coalition rode to power promising, among other things, a colour television to every household.

Let history record that this was an instance of a political party being true to its word -- about 1.62 crore (16.2 million) sets have been distributed. (All of course at the taxpayer's expense!)

But might this Fundamental Right to Colour Television backfire on the party as the DMK patriarch fears? How will it play out when millions of voters see Kanimozhi (their chief minister's daughter) and Mrs Dayalu Ammal (their chief minister's second wife) being questioned by the CBI about their alleged involvement in the 2G Scam?

As I wrote a couple of weeks ago, there are indications of not one, but two streams of money flooding the coffers of Kalaignar TV. The first was from DB Realty -- one of the big winners in the sale of 2G spectrum -- through a game of pass-the-parcel, over Rs 200 crore (Rs 2 billion) flowing from DB Realty to Dynamix to Kusegaon to Cineyug to Kalaignar TV.

The second, which is still not yet publicly disclosed, allegedly involves a sum of Rs 50 crore (Rs 500 million) from another participant in the purchase of 2G spectrum.

In a parallel approach, investigators are also looking at a seeming clue thrown up by the famous Radia Tapes. Very briefly, a conversation between the lobbyist and a certain Mr Rathnam - introduced by Mrs Rajathi Ammal, M Karunanidhi's third wife and Kanimozhi's mother -- had some interesting bits about Voltas (part of the Tata Group) and a 'Krishna Kumar' and a 'Sanjay Ubhalia' (both identified with men working for the Tatas, specifically with Tata Realty and Infrastructure).

It is a bit complicated but there seems to have been a land deal concerning a 53,000 square foot plot on Chennai's Anna Salai that is conservatively estimated at Rs 200 crore (Rs billion). Currently held on a long lease by Voltas, it has reportedly been sold to Dr Shanmuganathan, who is identified as a Malaysian, for roughly one-eighth of its estimated value!

The agent who negotiated this incredible deal is a certain Mr Saravanan, who used to be employed by Royal Enterprises, a firm owned by Mrs Rajathi Ammal. Both Kanimozhi and her mother deny any involvement in the deal.

Accepting this assurance at face value, what was being discussed in the Radia Tapes?

Why did Mr Rathnam complain, 'This agreement, they say that 50% of the rent has to be paid by us for which I have already sent a mail to Krishna Kumar stating that it's not possible'? Why did he add, 'Everything was clearly agreed and Krishna Kumar also said that he will talk to Voltas and he will waive that'?

There may be a third line of enquiry in the pipeline regarding Kanimozhi. As has now been widely reported, she owns a 20% stake in Kalaignar TV. (Her stepmother, Mrs Dayalu Ammal, is said to own 60%.) When exactly did she come into possession of this, something that is obviously worth crores?

There is a rule stating that any candidate standing for election to a legislative body must publicly declare all the assets held by him or her. In June 2007, when she filed her papers for election to the Rajya Sabha, Kanimozhi also gave an affidavit listing her assets, which received a fair amount of publicity at the time.

The principal items on that affidavit were fixed deposits worth Rs 6.4 crore in Indian Bank, Rs 16.52 lakh in the Tamil Nadu Mercantile Bank, Rs 1.96 lakh in ICICI, commercial property on Anna Salai worth Rs 1.61 crore, shares worth Rs 3.5 lakh in Westgate Logistics, jewellery worth Rs 3.61 lakh, and a Toyota car estimated at Rs 18.7 lakh. Put together, all her assets were worth less than Rs 8.5 crore. (More than most of us will ever have, of course!)

Why was there no mention of any stake in Kalaignar TV in that affidavit?

As a member of the Upper House, Kanimozhi is also bound by the Rajya Sabha 'Declaration of Assets and Liabilities Rules, 2004.' These state not only that the Secretary General of the Rajya Sabha must maintain a 'Register of Declaration of Assets and Liabilities' but also that MPs 'shall notify changes, if any, in the information so furnished [under sub-rule (1) as on the 31st day of March every year, by the 30th June of that year].'

Even if she held no interests in Kalaignar TV at the time of her election, did Kanimozhi place the subsequent acquisition of that reputed 20% stake on the record?

It would be pointless to deny the close links between the DMK and Kalaignar TV. Not only do M Karunanidhi's wife and daughter hold the majority of the equity, but the channel has offices in the DMK headquarters, Anna Arivalayam.

On Friday, March 11, even as the CBI invited both Mrs Dayalu Ammal and Kanimozhi for questioning at the Kalaignar TV offices, the Union home minister was sitting down with M K Stalin, the deputy chief minister of Tamil Nadu -- Mrs Dayalu Ammal's son, Kanimozhi's half-brother -- in the same building to negotiate seats in the assembly polls.

Rumours that the CBI was all set to question the two ladies had been flying around Delhi for several days before the actual event. But the arrival of P Chidambaram guaranteed that the media would be out in full strength at Anna Arivalayam at precisely the right time.

Should we describe this as a gentle reminder that the DMK needs friends in the right places, or should we be charitable and pass this off as mere coincidence?

Here is another such coincidence. On February 21, the Ramadoss family, the leaders of the Pattali Makkal Katchi, called upon M Karunanidhi to invite him to a wedding. It was the same time chosen by the CBI to conducted a raid upon a certain D S Moorthy.

Who is he? Apparently, he was the Officer on Special Duty when Dr Anbumani Ramadoss, son of the PMK president, was health minister in the first Manmohan Singh ministry. Specifically, the CBI investigation centres around the manner in which an institution in Indore, the Index Medical College, got the nod from the Union health ministry despite objections from the Medical Council of India.

If we are to believe a Public Interest Litigation, the college authorities went so far as to hire doctors at Rs 10,000 a day to pose as faculty members when they got wind of a visit by Medical Council of India representatives!

How much shall these scandals matter?

Do the thousands of crores at stake in the 2G Scam truly register with a voter in Tamil Nadu? How about a medical college in distant Indore? These may fuel anger, disgust, or even humour on Facebook and Twitter, but do they hold the interest of those millions who have never surfed the World Wide Web?

If you are a voter in Tamil Nadu, how would you react come the thirteenth of April? Would you turn away in disgust at the pictures cascading across your TV screen, or would you gratefully remember just which party gave you that TV in the first place?

And, let us be honest, even if corruption is an issue, is there a genuine alternative in the offing? 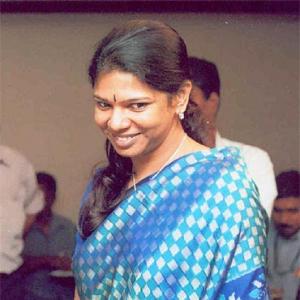