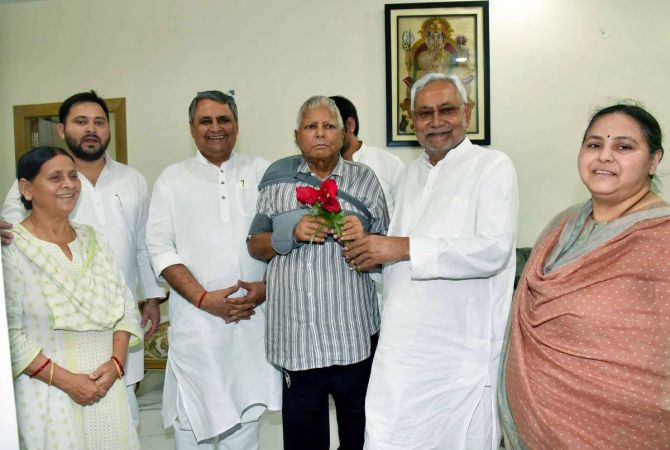 They were three. They were all very different from one another. But they were the best of friends.

Lalu Prasad, Nitish Kumar, and Sushil Modi plunged into politics at around the same time.

Today, while all of them are still in politics, they have all chosen different paths.

"My mother was a big gappi (chatterbox)!" exclaimed Nitish in a conversation with Business Standard some years ago.

"Lalu and Sushil Modi used to often come to our house in Kalyanpur Bigha and she would cook for them, entertain them, and be entertained," he chuckled.

The crossing-point was 1974. As an Akhil Bharatiya Vidyarthi Parishad activist, Sushil Modi, with Lalu and Nitish, took part in Jayaprakash Narayan's anti-Congress movement that year.

Lalu was president of the Patna University Students Union, Sushil Modi its secretary, and Ravi Shankar Prasad also its secretary. They were all bright, ambitious young men.

Nitish was studying to be an engineer.

Sushil Modi was arrested five times and jailed for a long stretch of time during the Emergency, imposed in June 1975.

This was after his family had 'invested' in him: He was sent to three schools, two of which were run by missionaries.

He came second in the examination in the botany department at Patna University in 1973 (he was expected to fail, but in one month before the examinations, gave his all to studies) but quit MSc to join full-time politics.

Lalu was one of the first to be arrested, probably because JP had appointed him convener of the Chhatra Sangharsh Samiti, the student resistance against the Emergency, dominated by the ABVP.

For Lalu that didn't matter, not in those days.

He was on a different high: It was at the unforgettable public meeting at Patna's Gandhi Maidan that Lalu proposed the name 'Loknayak' for JP.

He had been arrested under the Maintenance of Internal Security Act (MISA) well over a year before the 1975 proclamation and was sent to jail almost immediately after he married Rabri Devi.

His marriage was consummated in jail because of friends like Rambahadur Rai and Mahamaya Prasad Sinha, who smuggled Rabri into his cell.

That's where his first-born, Misa, was conceived (hence the name, given by JP).

Nitish too was arrested before the Emergency was declared but continued underground activities.

Lalu and he escaped the police in Gaya, where they were attending a meeting.

But the police were hot on his tracks. Nitish was again arrested in 1976 by policemen with guns drawn and sent to Arrah jail.

It took a few years. But the friendship was to fracture. 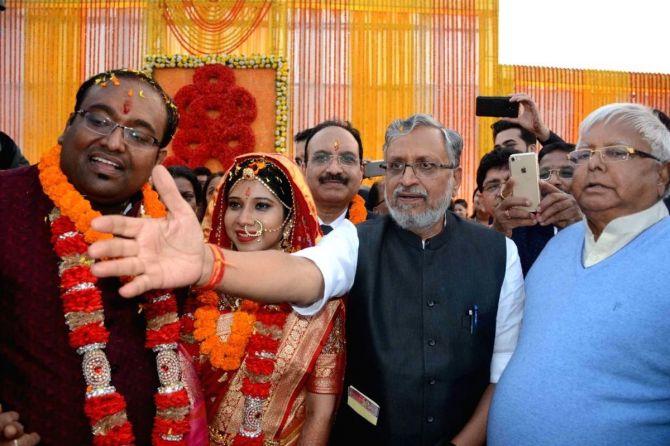 As finance minister in the Nitish Kumar-led government in 2019, Sushil Modi revealed the size of the fodder scam, which led to Lalu Prasad's incarceration after being convicted in half a dozen cases of corruption, discovered in 1996.

He told the Bihar assembly: 'Fodder worth Rs 10.5 crore was required for cattle and poultry in Chaibasa, Gumla, Dumka, Jamshedpur and Ranchi (now in Jharkhand), besides Patna. But an expenditure of Rs 253.33 crore was shown by the animal husbandry department.'

Sushil Modi and Ravishankar Prasad were the ones to file PIL (public interest litigation) petitions in court, leading to Lalu's conviction.

It was not for political belief. It was for embezzling public funds.

When Nitish first came to power in 2000, demolishing Lalu, his signature statement was: 'Social justice is linked to education, but Lalu doesn't believe in it.'

Yadav power was in Lalu's hands. But not power over other, numerically smaller castes.

Governance was made to matter.

Nitish rediscovered old friends: Especially Sushil Modi, who was to remain his right-hand man in the years to come.

Nitish went on to gain glory, but Sushil Modi did a lot of the work -- and got brickbats from his own party, which accused him of being more friendly to Nitish and sometimes actively hostile to the interests of his own party, the Bharatiya Janata Party.

During the 2010 assembly elections, Nitish let the BJP know that Bihar had no requirement for Narendra Modi, then Gujarat chief minister, to campaign for the National Democratic Alliance.

'Hamare paas ek Modi (Sushil Modi) hai, toh doosre Modi (Narendra Modi) ki kya zaroorat hai? (When we already have one Modi by our side, why do we need another one?),' Nitish said.

Understandably, this did not go down well with party colleagues. 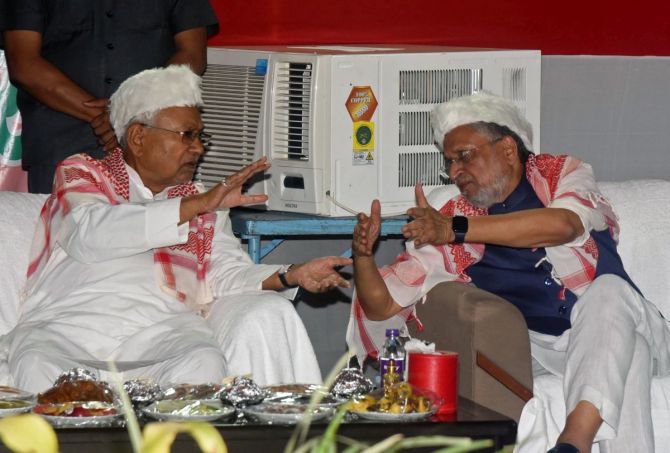 In 2020, Sushil Modi was uprooted from Bihar altogether and brought to Delhi in the Rajya Sabha.

BJP party bosses diagnosed Sushil Modi as part of the problem for limits to the BJP's growth, not part of the solution.

Although Nitish continued his alliance with the BJP, Sushil Modi, the prime interlocutor, had less and less to do in intermediation.

Naturally, this had its inevitable, bitter fallout. Both men are emotional in their own ways.

Sushil Modi commented: 'Kya nahin kiya meine us insaan ke liye (what I didn't do for that man).'

Nitish responded: 'Bechara (poor thing). He didn't get anything so he is now talking against me.'

Today, a friendship forged by common ideals behind prison walls has become a transactional understanding. And some wounds can never heal. 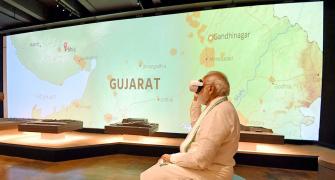 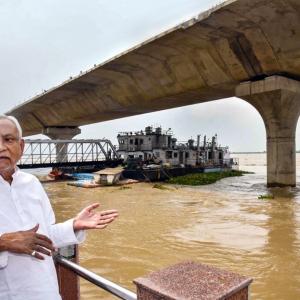