News
Business
Movies
Sports
Cricket
Get Ahead
Money Tips
Shopping
Sign in  |  Create a Rediffmail account
Rediff.com  » News » Why Do We Need A Hindu Rashtra?

If we have already excluded Muslims from political office by default, and if we are already harassing them daily through laws, like Nazi Germany did and like Pakistan did, then why do we need a Hindu Rashtra or a change from the present set of laws? argues Aakar Patel. The Rashtriya Swayamsevak Sangh was founded in 1925 and in three years will be 100.

Some have felt, especially after the events since 2019, that 2025 will herald the transition of India to a Hindu Rashtra.

I explored what that could possibly mean in a previous book and am taking up some aspects of that here.

A nation can be secular, Hindu Rashtra, Islamic State or any other thing based on the law.

It is the laws that define the nature of the State.

Today India is governed through a Constitution which was adopted after Independence, and a set of criminal laws codified in the 19th century.

These laws, the Indian Penal Code, came in 1860 and have remained more or less intact across South Asia.

To my mind it could mean one of two things.

The first is that it is an interpretation of Hindu texts and the construction of a State and laws based on these texts.

The problem here, as Dr Ambedkar has examined in his classic essay Annihilation of Caste, is that these texts are not applicable.

Enforcing the caste theory in law is not possible in our time, for no reason other than the fact that the majority of Hindus would be disadvantaged by this.

It is for this reason that Nepal was an incomplete Hindu Rashtra, which it was till 2008.

In the kingdom of Nepal executive authority flowed from a kshatriya king, as prescribed in the Manu Smriti, and he was advised by a brahmin, called the Mool purohit or Bada Gurujyu, in his court.

But no other part of the caste framework was applied, because it could not be.

So we can rule out a Hindu Rashtra in India where only those born kshatriya will rule us advised by brahmins and the rest of us have few or no rights.

The other form Hindu Rashtra could take would be to be exclusionary.

This is the form that many religious States, including Pakistan, have taken.

In Pakistan no non-Muslim can become prime minister by law (article 91).

This was also the case for the president (article 41), which is important because Pakistan's president had the power to dismiss parliament, which was not something the Indian President had.

So a Hindu Rashtra of this type can mandate by law that no non-Hindu can become prime minister or chief minister, and only Hindus can hold certain offices.

We should consider here that though we have no such law, there is no Muslim chief minister in this country, that no Muslim has ever served a full 5 year term as CM in any state besides Kashmir, and, of course, there has never been a Muslim prime minister in India.

This type of Hindu Rashtra can also adopt some of the other discriminatory aspects against its religious minorities that States like Pakistan have chosen.

For instance, non-Muslims vote in separate electorates, and the apostatised community of Ahmadis cannot call themselves Muslims and have no religious freedom.

The BJP MP Subramanian Swamy has proposed that Muslims be disenfranchised, meaning lose their right to vote.

Germany in the 1930s adopted a set of laws that prevented inter-marriage between communities.

In India, after 2018, seven BJP states have passed laws that also criminalise marriage between Muslims and Hindus.

German laws excluded Jews from citizenship, and India has, of course, adopted the CAA excluding Muslims and the home minister has promised the NRC, which also targets what he calls 'termites'.

Many of the things that India has done especially since 2019, with targeted laws and policy on namaaz, hijab, beef, bulldozer, talaq and so on would also be something that we can see in an exclusionary Hindu Rashtra.

So the question is, if we have already excluded Muslims from political office by default, and if we are already harassing them daily through laws, like Nazi Germany did and like Pakistan did, then why do we need a Hindu Rashtra or a change from the present set of laws?

My book concluded that we did not.

That the present Constitution and laws give Hindus enough freedom to apply discrimination against non-Hindus legally, while still pretending to be pluralist, democratic and secular.

There appears to be no particular advantage or benefit that we get in officially changing our Constitutional and legal state from secular to Hindu Rashtra.

Of course, we can still do it because it can give us pride and we can humiliate Muslims further and tell them they have no stake in India.

Some have written that many Muslims might prefer this honesty rather than be marginalised through hypocrisy as they have been done.

Whatever we decide, it will interest the world.

The era of religious States is over and no new ones of significance have been founded in the 21st century.

Many States founded on religion have reversed their discriminatory laws because birth and faith are too narrow a frame to view individuals through.

While for citizens this period may be traumatic, and it is for me the worst period of my life, for writers it is rich with material as a nation once admired around the world is eating itself alive. 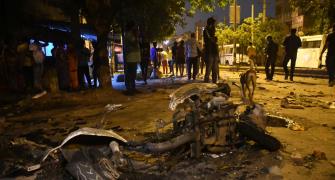 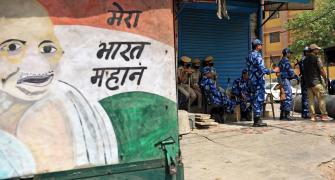 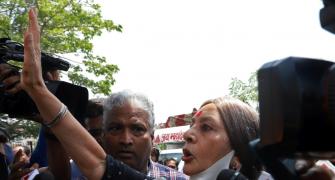 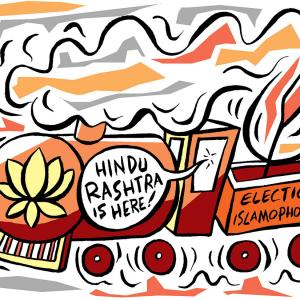 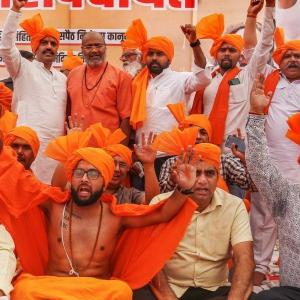