News
Business
Movies
Sports
Cricket
Get Ahead
Money Tips
Shopping
Sign in  |  Create a Rediffmail account
Rediff.com  » News » A bypoll unlike any other

A bypoll unlike any other

There are so many questions surrounding the conduct of the revised bypoll to Chennai’s RK Nagar seat that it stretches the credibility of the electoral process, says N Sathiya Moorthy. 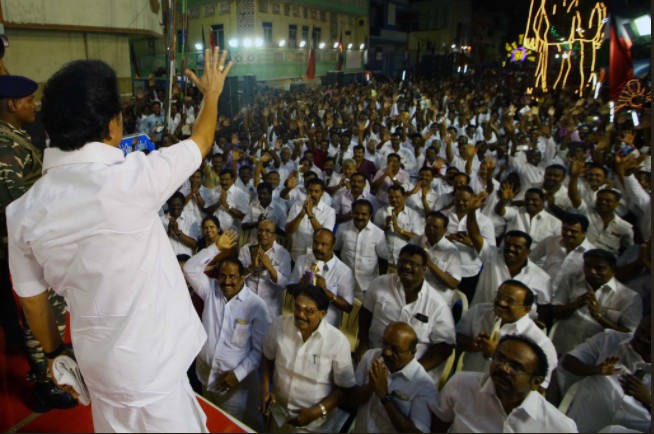 Independent of the outcome of the revised bypoll for the ‘prestigious’ R K Nagar assembly seat in Chennai, it has already strained the credibility of the nation’s electoral process even more than the first round.

If in the ‘cancelled’ first round, the candidates, especially those of the ruling AIADMK as it existed then, were blamed for ‘corrupting’ an already corrupt system in the state, the current one questions the care that the Election Commission should have taken but seemingly did not.

First and foremost, the EC did not explain to anyone why it took time countermanding, if not cancelling, the first round polls, when there was enough on hand to prove that all was not well with rival campaigns, the influence of money and its free distribution at all hours of the day, being all too visible.

That it became necessary after taxmen had seized notes with the names of ruling party/faction men with massive sums written against each one’s name, allegedly as the money spent by them for ‘purchasing votes’ for then AIADMK (Amma) faction candidate, T T V Dinakaran.

When the tax men forwarded the same to the EC, the latter very promptly cancelled the polls -- as the total amount mentioned, in this one instance alone, was a massive Rs 89 crores.

Now comes the second question as to the EC delaying the by-polls beyond the statutory six months’ time, citing relevant powers under the law on the one hand, and also the ‘ground situation’, which one had to conclude, did not seem to have improved.

Yet, when the Madras high court set a December 31 deadline for the EC to hold the by-polls, it readily complied and promptly fixed it for December 21.

As earlier, no one asked how the EC had concluded that the ground situation had improved, or how it had become overnight conducive to conduct the by-poll, without any proof thereof.

If anything, the state government did not seem to have taken any action on the taxmen’s document on the Rs 89-crore electoral booty that the EC had forwarded to the chief secretary for action.

Incidentally, the proactive governor in incumbent Banwarilal Purohit too did not seem to have taken cognisance of the EC’s letter to the state government on this score, or what has since followed.

It is anybody’s guess if the governor did seek to update himself on the follow-up action, if any, in the matter, and if so, if he had taken it up with Home Minister Rajnath Singh, or ministry officials, since.

That way, it is also unclear if the EC sought and obtained clarifications and satisfied itself about the creation of a conducive atmosphere for the conduct of the by-polls before obliging the high court.

The alternative would have been for the EC to tell the HC about its apprehensions, if any, in the matter, and seek judicial intervention in the matter, if only to ensure that the state government ‘behaved’.

Even otherwise, the EC could anticipate mushrooming of ‘poll petitions’ with regard to R K Nagar-II after the results are announced, where questions may also be raised if the commission had ‘applied its mind’ before delaying the by-poll beyond the six-month interregnum, and if it satisfied itself on the ground conditions before ordering the same when the HC asked it to do so.

In the process, the EC might even be asked why it could not have considered taking charge of the poll process more directly and at a more appropriate time than it actually did when it ordered the replacement of R K Nagar-II returning officer K Velusamy with an IAS officer in Praveen P Nair.

Under the law, as defined and refined by the Supreme Court and enforced by the EC, especially over the past two-plus decades, all election-related work and officers come directly under the commission’s administrative and disciplinary administration.

If anything, that way, Velusamy’s replacement came about only after he has seemingly ‘messed up’ the ‘rejection’ of nomination papers of two limelight, if not heavyweight, candidates, in Jaya’s niece J Deepa, and film personality Vishal Krishna, actor and elected chair of both the film actors association and the producers council in the state.

It is a settled principle in law that the RO is the last word in matters of nomination and even the CEC or the three-member Commission could nothing about it, until after polling is over and results are announced -- that too if and when any of the losing candidates moved the high court, and flagged the issue.

Considering the possibilities of multiplicity of court cases stalling the electoral process almost eternally all across the country, the Constitution very clearly states that no court shall entertain any petition challenging the conduct of any election conducted by the EC under the law, until the latter had ‘concluded’ the electoral process, with the announcement of the results.

This only means that both Deepa and Vishal, even though neither of them could move the court just now, could still challenge all the processes and the choice/change of persona involved in the rejection of their nominations, and seek response from the EC, and also the state CEO Rajesh Lakhoni.

Even without it, a losing candidate can possibly challenge the election/result on a host of this and other issues.

Among them could be the standardised allegation of money-power, which according to media reports, is already playing an important part, if not to the same extent as the last time round.

The question otherwise remains as to why the EC could not have conducted the R K Nagar by-poll in the midst of the assembly polls in Gujarat and Himachal Pradesh, whose results would anyway have come out on December 18, before the voters actually cast their lot on December 21.

Which, incidentally, is also the day when special judge O P Saini of the CBI court will deliver the much-delayed verdict in the ‘2-G scam’ involving some senior members of the DMK’s Karunanidhi clan, ex-ministers and officials. 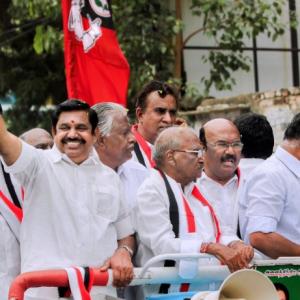