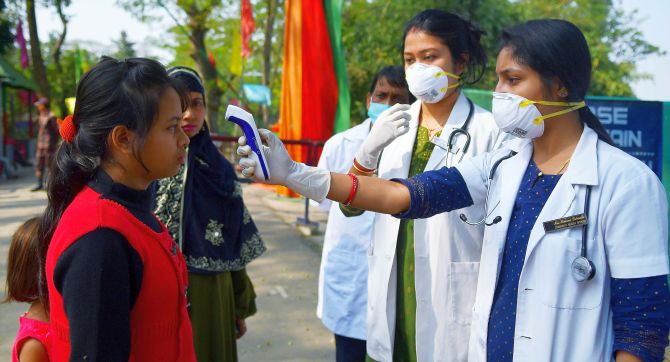 In the third novel coronavirus case reported in India, another Keralite student who returned from Wuhan University on Monday tested positive for the infection, Health Minister K K Shailaja said on
Monday.

The student is in an isolation ward at Kanhangad district hospital in Kasaragod district, she informed the state assembly.

The condition of the student is "stable", she said.

Out of the 104 samples tested till Sunday, three have been tested positive.