'The writer remains the most creative force in the process.'
'Producers need to be inventive in how they reward good writing.'
Ranjita Ganesan reports. IMAGE: Excel Entertainment, producers of Gully Boy, is the only Bollywood studio that has pledged to adopt the Screenwriters Association's model contract.

I am glad I don't remember," says screenwriter Jyoti Kapoor, about exactly when her copyright wrangle with Kunal Kohli began. "It took me a long time to forget."

A decade ago, Kapoor's agents pitched her script RSVP to the director but she decided against working together because he seemed eager to buy the script but less eager to give her credit.

In 2014, even as the writer was pitching her film to other directors, Kohli began shooting a similar story -- a romance between a man and woman who are both newly divorced -- titled Phir Se.

After 11 months of arbitration in various courts, in which time she befriended more lawyers than she wanted to, Kapoor won story credit and got Rs 25 lakh as compensation.

Before she and her husband moved homes recently, the two enjoyed tearing up cartons full of litigation documents and all the "negative energy" they represented.

The film writer continues to battle giants. Last year, she called out the makers of Badhaai Ho (2018) for omitting her name from a Filmfare Award nomination for best story.

The script of the family comedy was built using Kapoor's idea, for which she was credited in the film.

Every alternate Saturday for some years now, as chairperson of the Dispute Settlement Committee of the Screenwriters Association in Mumbai, she has also been mediating out of courts between writers and producers similarly squabbling over recognition and payments.

They deal with about 150 cases a year. "All writers face the same problems at some point in their careers, so there is a sense of bonding," she says.

"But mediating is not easy. There are times when you are sitting across from big producers, some of whom are your prospective employers and that puts you in a vulnerable position." 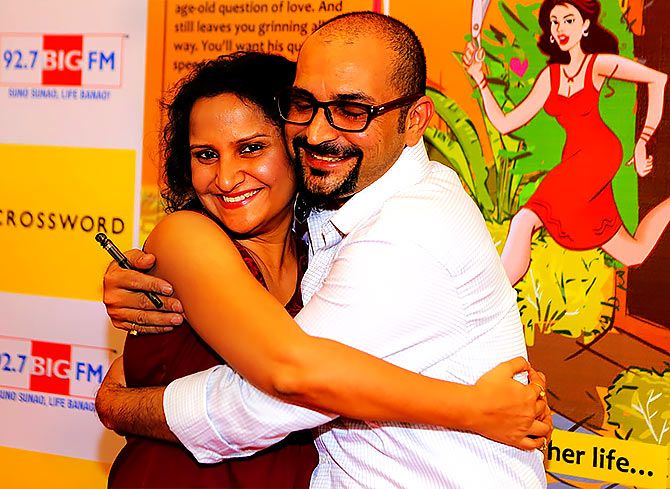 A spurt in activity at the Screenwriters Association in the last decade has evidenced that writers have started taking their rights more seriously.

The trade union's executive committee is peopled by practising writers and lyricists, a third of them women.

On a Wednesday evening, its Andheri, north west Mumbai, office is alive with members, tightly clutching folders or satchels that hold their precious stories and manuscripts.

Thirty to forty of such creative works are registered daily by the association -- a public record that becomes a bulwark against potential intellectual theft. A lawyer counsels members free of charge on the legal aspects of dealmaking.

Pinned to the notice board, a writer's charter reminds them of their moral and lawful entitlements, and posters announce discounts on writing workshops.

From 3,000 in the mid-2000s, membership has swelled to 30,000 active or aspiring writers, making it the most populous guild of its kind anywhere.

Every day, some 15 members are added, says office manager Pramila Kadam, who has worked there since the 1990s. "Earlier, a lot of the visitors were strugglers hoping to get big with that one script. Now the members are trained writers."

The association first formed in the 1960s, with the likes of Sahir Ludhianvi and Ramanand Sagar at the helm, to represent writers from industries of north, west and central India.

For various reasons, including uneven importance given to scriptwriting and the rise of the auteur movement, it became sluggish in later years.

Two things brought about its present-day reinvigoration. In 2008, a newly formed Progressive Writers Group won the executive elections and in 2012, the Copyright Law was amended and that gave writers and lyricists the right to earn royalties.

Its original name, the Film Writers Association, was changed to accommodate writing meant for television and Web screens.

Writers of Bengali, Malayalam, Tamil and Kannada films have similar associations of their own.

Perhaps the most eager and visible advocate among the Progressive Writers Group, which has won every union election since, is Anjum Rajabali.

In the study of his Juhu, north west Mumbai, apartment, covered in posters of films he has scripted -- Legend of Bhagat Singh, Raajneeti, Ghulam -- he recalls the conditions in which the group was established.

Rajabali, who set up the screenplay writing course at the Film and Television Institute of India in 2004 and has been an educator in the profession, launched an All Indian Screenwriters Conference in 2006.

On its second day, the organiser opened the floor to questions and comments from the audience, little knowing it would invite a "tsunami of anger".

Writers, experienced and emerging alike, spoke of how badly producers treated them and how unprotected they felt. The call for a stronger union and safeguards was clear.

The activist streak that had developed during his youth at the Savitribai Phule Pune University, where they'd put up socially charged street plays, stirred again.

He and his peers such as Robin Bhatt (Omkara) and Kamlesh Pandey (Dil, Rang De Basanti) organised themselves into a group.

The writer's position had not been any better in 1992 when Rajabali arrived in cinema. Back then, bound scripts were not yet the norm. Screenplay writers were a needed yet hated force.

He was destroying the "family culture" of the industry, he remembers being told, when he first demanded that the producer draw up a formal contract.

"But we were the poor cousins who ate after they ate. It was not family; it was a feudal culture."

Writers remain relatively low in the pecking order because much of their struggle is invisible and takes place long before directors and stars attach themselves to a project.

"The writer remains the most creative force in the process," observes Rajabali. "Producers need to be inventive in how they reward good writing."

Exploitation plays out in many ways -- from having to write without pay or being underpaid to having your credit snatched. Quite famously, because their names did not figure in the posters of Zanjeer, writers Salim Khan and Javed Akhtar once paid a man to go from Juhu to Opera House, daubing their credits on with a stencil and some paint.

The association has dreamed up its own solutions that it thinks are fair to both parties. It has designed a model contract and proposed a minimum basic contract.

So far, only one production house, Ritesh Sidhwani's Excel Entertainment, has pledged to adopt this.

In January, the association asked for the removal of problematic clauses in the 'release form', a document writers are made to sign at the time of sharing scripts with a production house.

It contains dubious terms like 'non-solicited' and 'non-confidential', notes lawyer Anamika Jha who works full time with the association.

This, she says, allows producers to get away with theft. Every script that a studio accepts is in fact solicited and given to it in confidence, she adds.

None of the producers who were invited to discuss changes to the release forms have responded, says the association.

The Indian Motion Picture Producers Association did not respond to an e-mail on the matter.

By the time writers come to her for help, Jha says it is often too late, and some don't even read contracts. "They need the work, so they are in a hurry to sign."

The larger landscape of screenwriting is changing for the better. The National Film Development Corporation has run a Screenwriters's Lab for the last decade.

It is mentored by screenwriters such as Urmi Juvekar (Oye Lucky! Lucky Oye!, Shanghai) from India and French writers Antoine Le Bos and Yann Appery. The Sundance Institute, a non-profit founded by Robert Redford, runs a lab in India, too.

Ajitpal Singh, who made the critically acclaimed short Rammat Gammat, swears by both labs, which have helped him sharpen his next film, the feature-length Switzerland.

"Access has opened up, so not only students from elite film schools but also people from smaller towns can learn the craft," says Singh, who is a chemistry graduate from Ahmedabad. Various film bazaars allow them to meet with and pitch to producers. 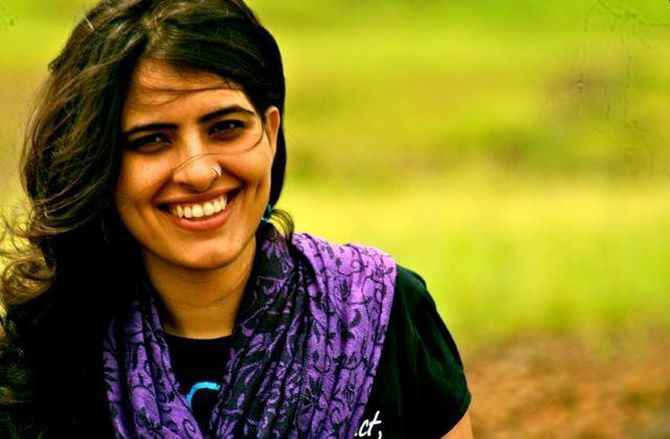 The rise of streaming platforms has also boosted opportunities. Sophisticated concepts like 'show bibles', which give streaming platforms a sense of what direction a show will take when they are assessing a pitch, and 'writers' rooms', where show writers get together to brainstorm, have entered the scene, points out Trishant Srivastava, writer of the Netflix series Jamtara: Sabka Number Ayega.

Management firms like Tulsea have come up that handle writers and help them find work and negotiate deals.

"Having an agent helps young writers who may not know enough producers or how much they should be paid," says Pooja Tolani, an FTII alumnus who landed her biggest gig as a writer on the second season of Sacred Games this way. "Otherwise, I know of enough cases where people have worked for free, or worse, worked without being credited for it."

Reward for commercial projects is improving too. Newcomers are paid Rs 600,000 to Rs 700,000 for their first film script. And if it fares well, they can get between Rs 1.5 million and Rs 4 million for the projects that follow.

The most successful writers earn about Rs 10 million per film. Television writing is most lucrative for young writers, paying some Rs 10,000 an episode.

With five episodes a week, that is a good living. Streaming platforms rely on both in-house and freelance writers, and for the usual six-month commitment to work on one season, pay them about Rs 500,000. "The market demands and rewards good writing, so now the industry is doing the same," notes Sumit Aroraa who scripted Stree and The Family Man. "This has brought writers a sense of empowerment, so they feel it is okay to ask for what they deserve -- be it money, credit or respect."

The fate of a project hinges more on newer and stronger stories and less on celebrity power, as big stars fail to compensate for sloppy writing anymore.

Compare the warm reception of a Badla or Article 15 with the absolute rejection of Kalank and Thugs of Hindostan.

Aroraa, who hails from Meerut, started out in the gainful but poorly regarded television industry as a dialogue writer in Mumbai 2003 and worked his way into better projects.

While the emphasis on writing and writers has grown, they are not yet immediately recognisable figures outside industry circles.

"That is a compliment," he laughs. "Ultimately, writing is not about your face, it is about your words." 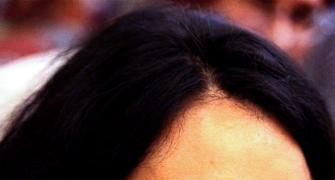 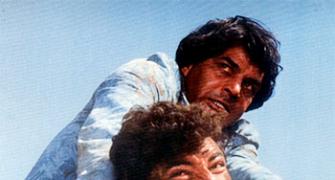 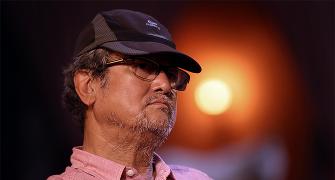 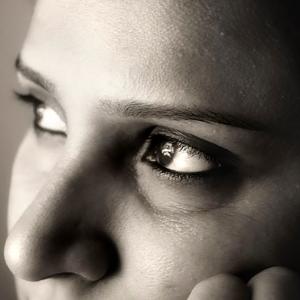