Have you been ODing on OTT for the last couple of years and now want the tadka of the cinematic Bollywood experience?

With the pandemic restrictions being eased for now, movies are finding their way back into the theatres, beginning with Sanjay Leela Bansali's Alia Bhatt-starrer,Gangubai Kathiawadi. And it's going to be a full month of entertainment for Bollywood buffs as quite a few superstars are bringing their big releases to the big screen.

One of the first March arrivals is Amitabh Bachchan's Jhund, a film whose release has been long delayed.

Though it was ready prior to the pandemic, the makers were hunting for the right release date.

Then, certain production related issues cropped up due to which audiences had to wait even further.

At one point, it even seemed that this movie would see a straight-to-OTT release.

Based on a true-life story, Jhund is the tale of a man who rehabilitated slum children and helped them form a football team.

Director Nagraj Manjule has also roped in Rinku Rajguru and Akash Thosar, the lead cast of his 2016 Marathi blockbuster, Sairat, for Jhund. 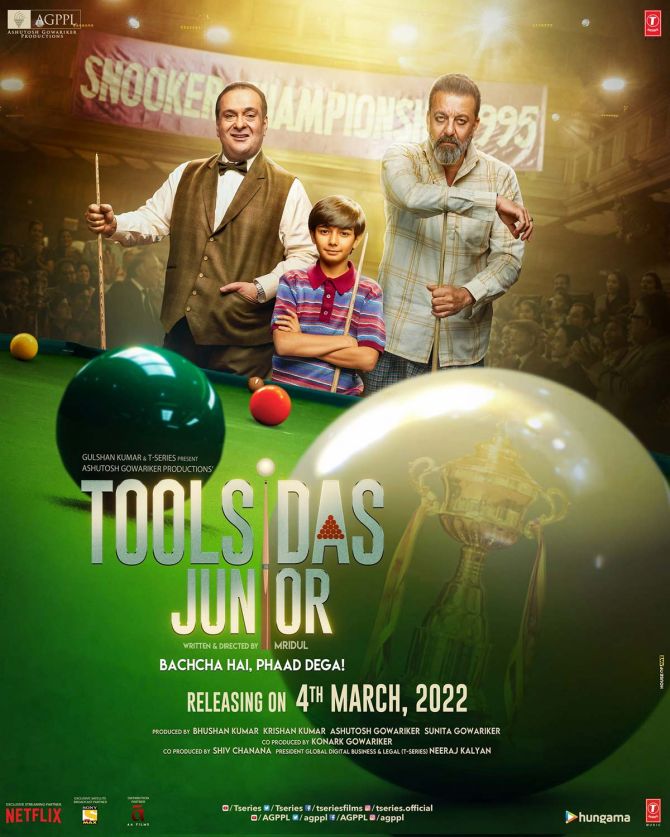 Toolsidas Junior, whose release has also been delayed, sees the light of the day on March 4 as well.

Another film that shows how sports can change lives, Toolsidas Junior is the tale of a young boy, Varun Buddhadev, who fulfils his father's dream by becoming a snooker champion.

It was to be Rajiv Kapoor's comeback film after Aag Ka Dariya in 1990, in which he appeared as himself; unfortunately, the actor breathed his last on February 9, 2021.

Toolsidas Junior is backed by Ashutosh Gowariker -- given that he usually makes period costume dramas, this humane story is a very different offering -- and T-Series's Bhushan Kumar, who is also co-producing Jhund.

Toolsidas Junior, which stars Sanjay Dutt in a key appearance, has been directed by Mridul Mahendra. 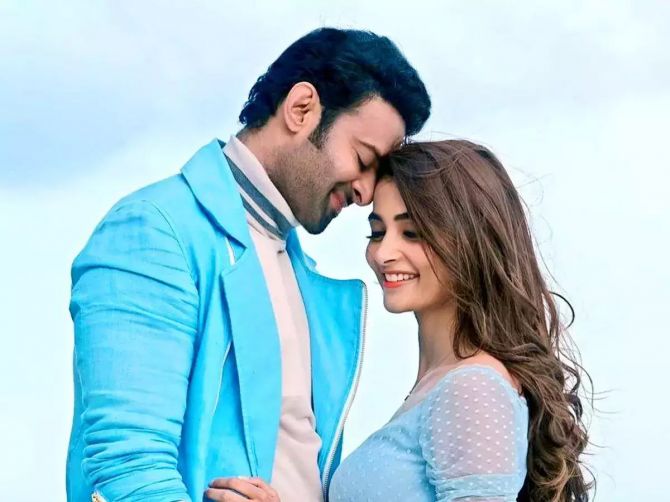 After Saaho, Prabhas returns with another biggie, Radhe Shyam.

A pan-India film, this one stars Pooja Hegde as his leading lady.

Prabhas has scored a huge hit not just with his Baahubali films; Saaho's Hindi version did well at the box office too.

A lot seems to be packed into this movie -- be it romance, music, action and even palmistry.

An expensive film, this one needs to score big in the south as well as in its Hindi version for it to make money. 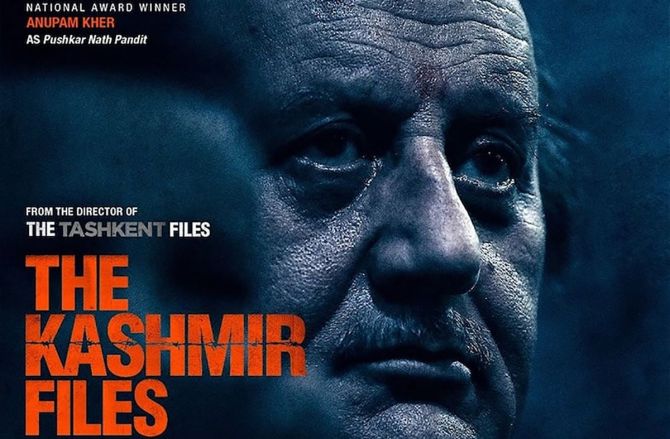 After The Tashkent Files, Vivek Agnihotri is back with yet another geo-political drama, The Kashmir Files.

Based on the exodus from the Valley -- when Kashmiri Pandits were forced to leave their land and move to other parts of India -- this hard-hitting drama is backed by Zee Studios.

Like The Tashkent Files, The Kashmir Files features an impressive ensemble cast. 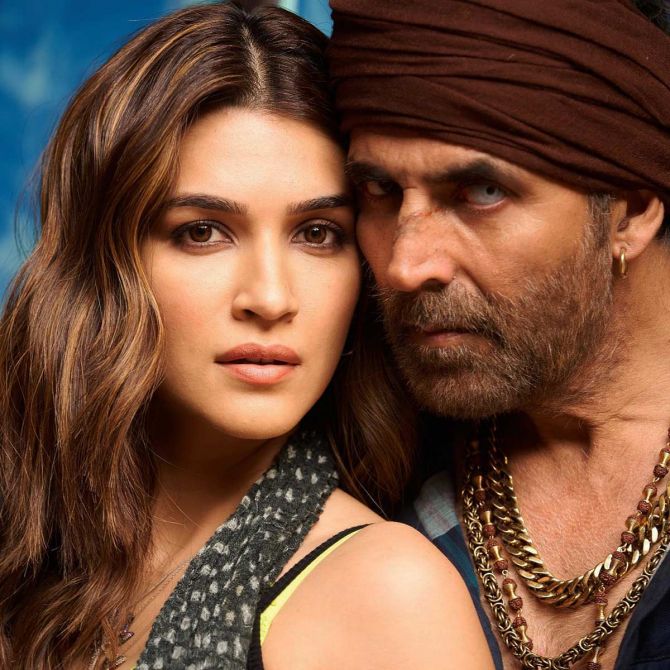 It was the Akshay Kumar-Rohit Shetty combo that brought the audiences back into the theatres in November 2021 and ushered in a true Diwali for the box office.

Will the star be able to recreate that magic with the Farhad Samji-directed Bachchan Pandey in March 2022 and make it a festive Holi as well?

From one hardcore commercial film to another, Akshay is practically the only Bollywood superstar carrying the box office baton with his lineup of releases.

An out-and-out commercial entertainer produced by Sajid Nadiadwala, this one has Arshad Warsi, Kriti Sanon and Jacqueline Fernandez in the fray as well.

Bachchan Pandey is expected to be a biggie. 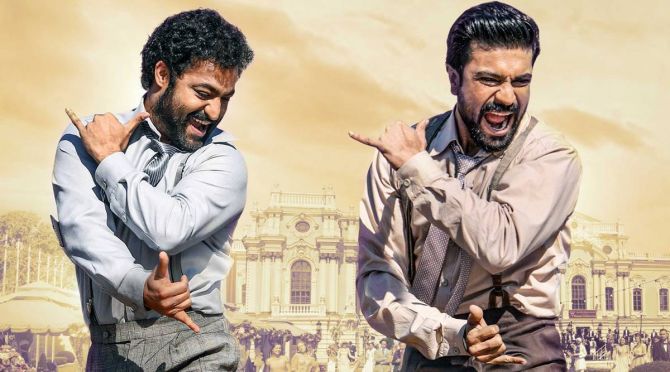 The biggest release from the Indian film industry in a really long time arrives in the form of RRR.

The film, which has not been able to keep its release date promises due to various reasons -- the last one being Omicron -- is now scheduled to hit the theatres on March 25.

Director S S Rajamouli is himself a huge brand after the massive success of his Baahubali films. No wonder, RRR too has been designed as a pan-India offering that has combined the massive star power of Telugu heavyweights NTR Jr and Ram Charan with Bollywood's Ajay Devgn and Alia Bhatt.

A multi-crore extravaganza that promises to be a large-screen visual delight, RRR is set in pre-Independent India that revolted against the British.

Armed with Rajamouli's signature touch, this one should end the month of March -- and begin the month of April -- with a bang. 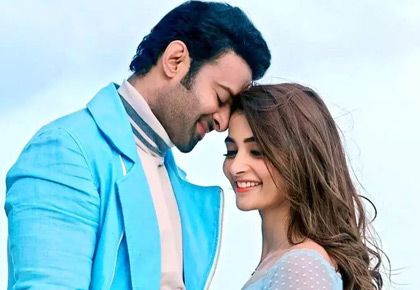 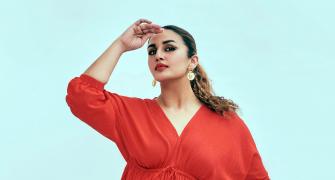 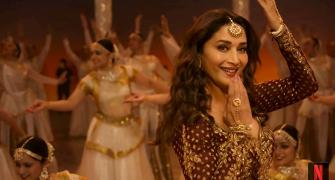 'Each leg of my career has brought joy' 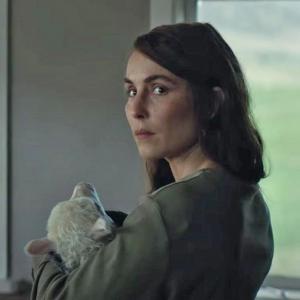 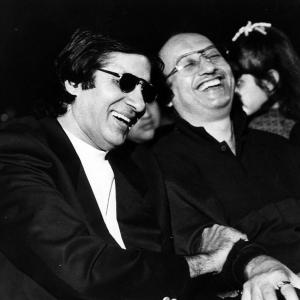 'Manmohan Desai was such great fun'