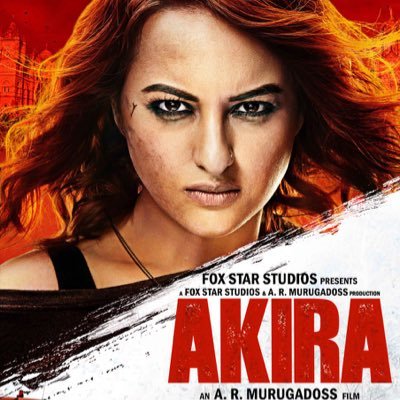 The trailer doesn't give us much to love besides the fact that the lead in an asinine South-adapted actioner is finally now a woman, says Raja Sen.

Forget the phenomenal Otomo manga. Forget Mr Kurosawa. This new Hindi film is called Akira simply because it tells us the story of 'Kumari Akira Sharma.' Okay then.

It is a film by AR Murugadoss, director of Ghajini, and thus there is little surprise in the fact that it is another South remake, this time a take on the 2011 Mouna Guru, but hang on -- here the male lead from the original has been replaced by a woman.

This shift, from Arulnithi to Sonakshi Sinha, is a significant one, especially given the misogyny depicted frequently in films of this type.

Speaking of misogyny, it is interesting also to see Anurag Kashyap -- a filmmaker routinely accused of that very thing in a lot of his movies -- playing the villain in Akira.

Kashyap has always had a compelling screen presence, but his work here is old-school masala baddie, it seems, with the trailer not showing us any grey.

So let's not get too thrilled -- I should point his fanboys to Tigmanshu Dhulia's unremarkable Shagird, where Kashyap last played bad.

The story in Akira is Sonakshi Sinha. An actress who hasn't done anything exciting before or since the marvellous Lootera -- which released on this very day, 3 years ago -- here she looks to be pushing herself as she deals out roundhouse kicks.

Elbowing guys in the face might just be her new niche. Who knew?

The trailer doesn't give us much to love besides the fact that the lead in an asinine South-adapted actioner is finally now a woman, but can that be reason enough?

Or will Sinha merely go from playing stupid eye-candy to playing lunkheaded 'hero'?

It's worth looking at how it pans out. 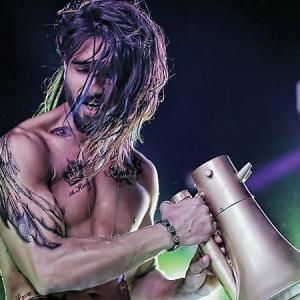