Sign in  |  Create a Rediffmail account
Rediff.com  » Movies » 'When I tried to look sexy, I was criticised' 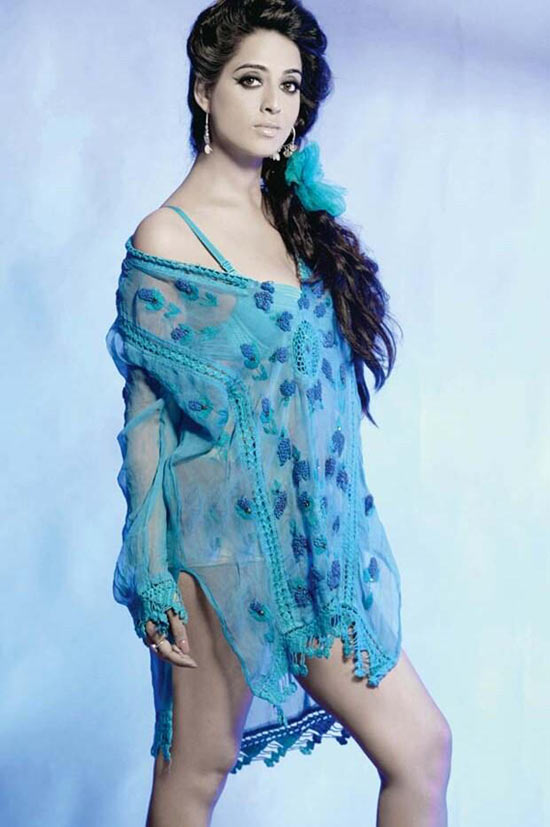 As an actress, her performance get rave reviews. But she still hasn't made it to the big league.

After a long gap, Mahie Gill will be seen in Gang Of Ghosts directed by Satish Kaushik. Her last two films, Bullet Raja and Zanjeer, both flopped.

Mahie speaks to Patcy N about Gang Of Ghosts, what she does between films, and how she reacts to success and failure.

Where were you, Mahie? We are seeing you after a long gap.

I run away from the world once my film is over. Once this film releases, I will be gayab (vanish) again.

I travel a lot if I am not working or I stay at home. I can be at home for a week without stepping out for anything. I am the most boring person in the world.

I travel mostly in India. Recently I travelled to Bhuj. I enjoyed the Kutch area. I don’t plan my trips. I just take off and, on the way, decide where to go.

'I get two scripts a day' 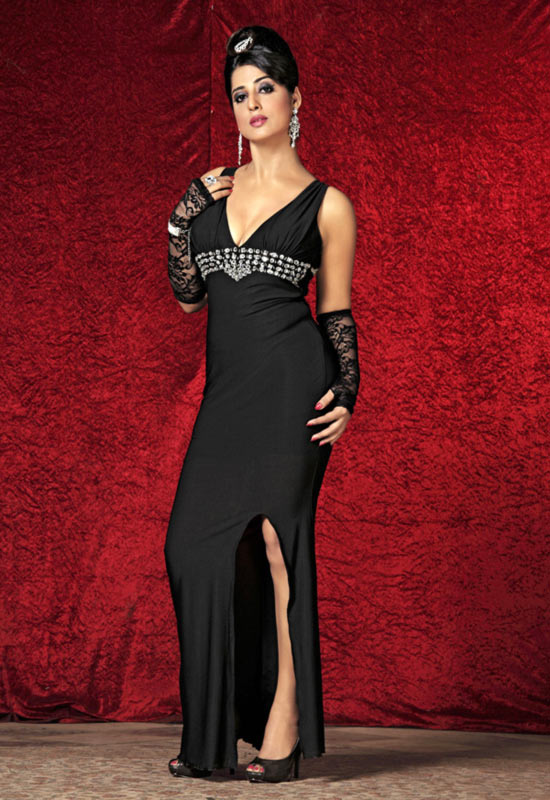 Do you take this break because you are not offered films or because you need to take a break before you do something new?

I get two scripts a day. If they don’t excite me, there is no point in signing films for money.

What is the point if you do a film and nobody sees it?

So I wait for good and interesting work, something that excites me.

Tell us about your character in Gang Of Ghosts.

I play a very interesting character in the film. This genre is new to me. I have never tried comedy before.

It’s difficult to do comedy but I don’t have too many comedy scenes.

My character is called Manoranjana Kumari, an actress in the 1950s. In those days, actresses did everything; they would sing, dance and act. To live their life was interesting.

I have never done comedy, but the other actors in the film have done different kinds of comedy. It was fun.

Satish Kaushik is one of the finest actors that we have today. His comic films have been great too.

This comedy is not slapstick; it is dialogue-based comedy.

'It is boring to repeat yourself' 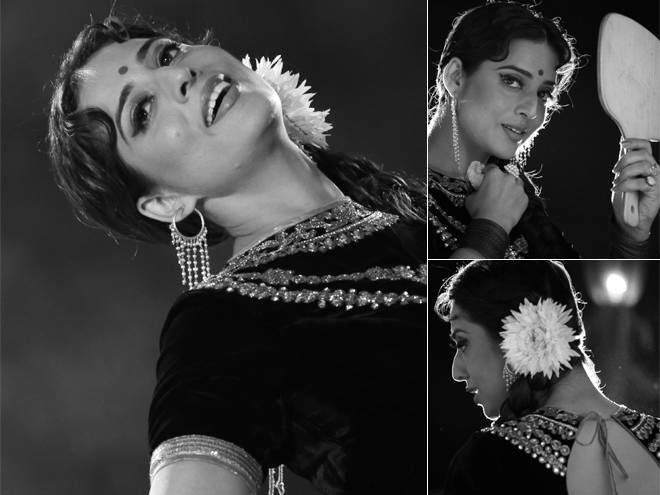 Satishji told me to follow Meena Kumari. I followed her, but I also followed Geeta Dutt and Suraiya. I took my inspiration from their styles too. I had to incorporate that 1950s adah and nazakat that the actress had while they spoke and walk.

Gang Of Ghosts is based on the Bengali film Bhooter Bhabishyat. Have you seen it?

I did not watch the film because I did not wanted to be influenced by it.

Satishji wanted me to see the film so I watched a small scene to get the feel of the film. I will see it once Gang of Ghosts releases.

You are an serious actress. Have you done this film to break out of that image?

Actually, I want to try all genres. I think it is boring to repeat yourself.

I also want to do action. I will do whatever interesting work I am offered.

'I don't usually care whether my lipstick, hair or my clothes are all right' 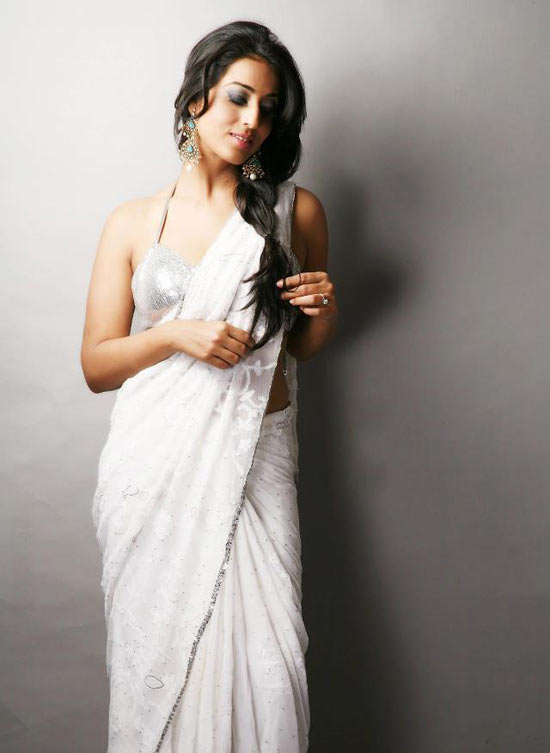 Your last films Bullet Raja and Zanjeer did not do well. How do you cope with flops?

You can’t do anything about it. I just feel bad for the producers and distributors who have invested their money in it.

I was excited to do Zanjeer because I had never tried that look before.

I don’t usually care whether my lipstick, hair or my clothes are all right; this was the first time I had to take care of my look and, believe me, it is difficult. You have to touch up your make-up every few minutes.

It was a different experience.

I take every film as an experience. I enjoyed doing it.

If I get criticised, I am okay with it and will work on it next time.

Do you think you set the bar high for yourself with Dev D, Gulal, Sahib Biwi Aur Gangster, so when you try something different it flops?

Exactly. That’s what I think. People want to watch me in a particular kind of role only, so whenever I try something different, I get criticised.

Now I have decided that I will take all the criticism but I will do what excites me. Do flops affect your career?

I really don’t know. Every actor wants her film to be a hit. When a film does not do well, my friends get more depressed than I do.

When reviewers criticise me, I think they are right because they appreciate me when I am good too.

Every actor comes to know the fate of the film at the trial shows. Obviously, you have to smile as though you don’t know, but you really know how bad the film is from these shows. I am always prepared that this is going to happen to me.

People find you very sexy because of your films…

I don’t think I look sexy at all; in fact when I tried to look sexy (in Zanjeer) I was criticised.

I feel I am a very desi actress. I always wear full clothes, nothing revealing. I feel the character that I played in Dev D and Gulaal were very sexy if any other actress had done it she would be called sexy because of the role.

It is all in the director’s hands: he can make you look whatever way he wants.

'I feel uneasy to call up people and ask for work' 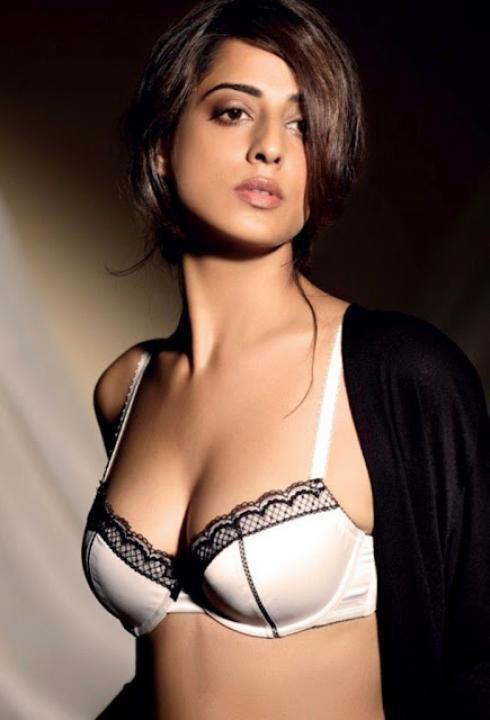 You started your career in Dev D with Abhay Deol, Kalki Koechlin and Anurag Kashyap, all of you comparatively newcomers. They are all well established and working with bigger actors. How do you feel about that?

I am happy for them. I feel it’s my fault in a way. I go back in a shell. I have not spoken to Anurag in the last two years. I haven’t spoken to Tigmanshu Dhulia in the last one year. I feel if they need me they will call me.

I am a very shy person. I don’t like to disturb people, which is very wrong in my profession. You have to keep on telling people you are there.

I feel uneasy to call up people and ask for work. I know there is nothing wrong in it but I am weird.

You have started doing Punjabi films…

I owe a lot to Punjab. I am from Chandigarh, I am a Jatti.

I did a film recently called Carry on Jatta which did very well. Soon, I am going to do one more film.

'I believe in ghosts' Which was the highest and lowest point in your career?

After Dev D, I started getting so many calls for interviews that my mind got tired and I just stopped taking calls.

I got a panic attack. I was not used to stardom. I think, during that time, I lost a lot of work.

Yes I do. There is something.

In the last three years I have been shooting in Gujarat in haunted palaces for Sahib Biwi Gangster part one and two, then Gang Of Ghosts in Surat.

What happened to your film Buddha In Traffic Jam...

Don’t talk to me about that film, I get very upset.

I cut my long hair to a boy-cut. As an actor I gave everything I could, and the film is stuck now.

Is there Sahib Biwi Gangster 3 and will you be part of that too?

I should call and ask Tigmanshu about part three.

I will definitely be part of it if there is a third part because no one else can do it other than me.