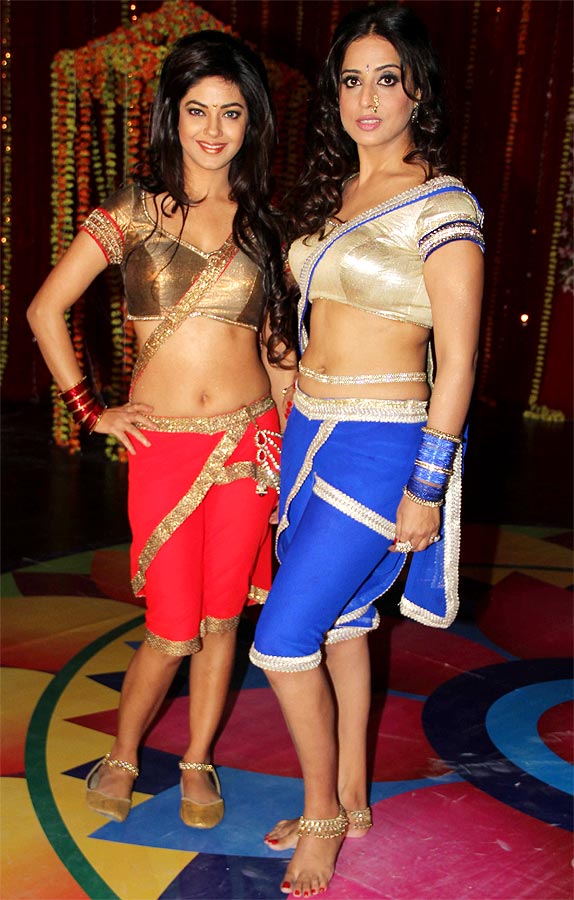 Image: Meera Chopra and Mahie Gill in Gang Of Ghosts

Amitabh Bachchan and Mahie Gill are going to be seen playing ghosts in their upcoming films.

Horror is not a major genre in Hindi films. Except for the occasional spooky Friday, it sticks to its tried and tested variety of action, comedy and romance.

But this sudden onslaught of ghost-themed offerings -- funny and freaky appears to challenge this notion. The upcoming release line-up has the likes of Amitabh Bachchan and Sunny Leone unleashing their otherworldly site with relish.

On that note, here’s a look at some of the onscreen ghouls of Bollywood.

The official remake of Anik Datta’s Bangla hit Bhooter Bhabishyat has quite an amusing premise.

Anupam Kher, Mahie Gill, Asrani and a host of others form an ensemble cast to essay a bunch of ghosts trying to rescue their favourite haunt, which may soon be razed down to build swanky modern malls.

Amitabh Bachchan returns to play the children friendly spirit Bhootnath in its upcoming sequel. Only this time the fantasy wears a more socially conscious mood around a precocious street kid.

Loosely based on Oscar Wilde’s The Canterville Ghost, the first one was about a lonely ghost and how his frothy friendship with a little boy turns out to be mutually beneficial for both. 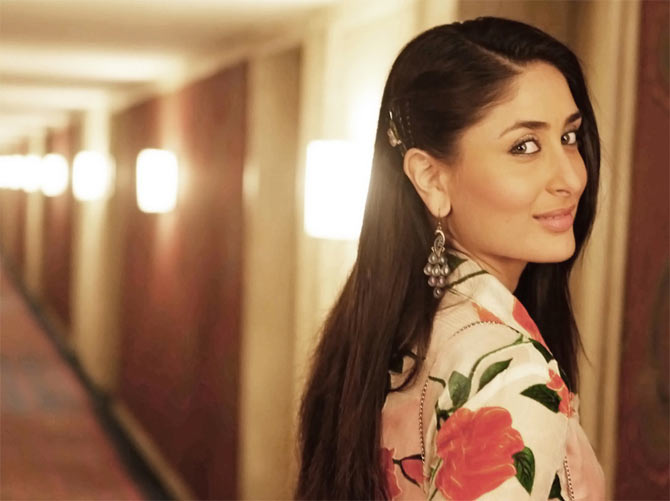 In a The Sixth Sense brand of twist, Kareena Kapoor turns out to be a ethereal spirit, slyly aiding Aamir Khan’s cop in his quest for solving the mystery behind a crime she is tragically connected to. 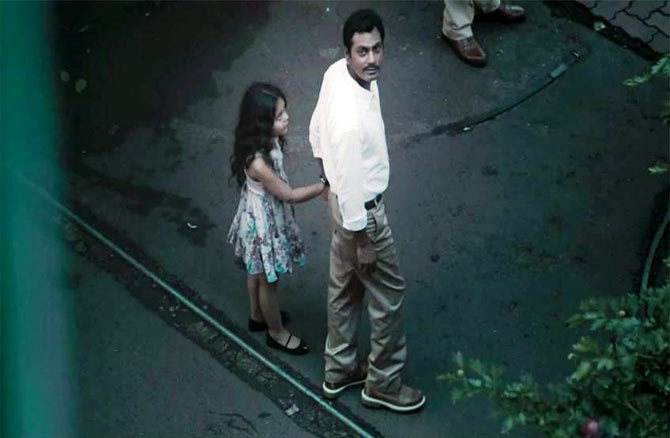 Aatma revolves around a divorced couple battling to keep their only daughter in their care. Only one of them is dead and intends to kill his child to acquire eternal custody. 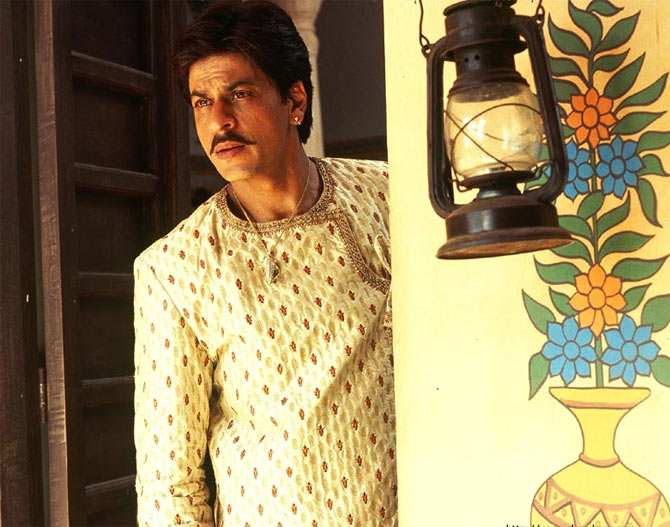 Trust Shah Rukh Khan to turn a romantic out of a spirit too.

As the playful ghost who falls for Rani Mukerji and takes her dull husband’s physical form while he’s away, SRK ensures there’s nothing remotely frightful about Amol Palekar’s colourful, musical reworking of Mani Kaul’s Duvidha. 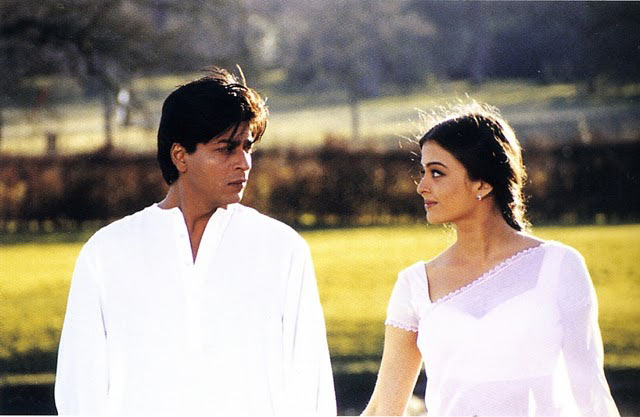 Aishwarya Rai embodies the romance of Aditya Chopra’s vision as the drop dead gorgeous ghost for Shah Rukh Khan’s eyes only in Mohabbatein.

It’s not a lengthy role but Ash’s Megha is the kind of supernatural presence we will not complain about. 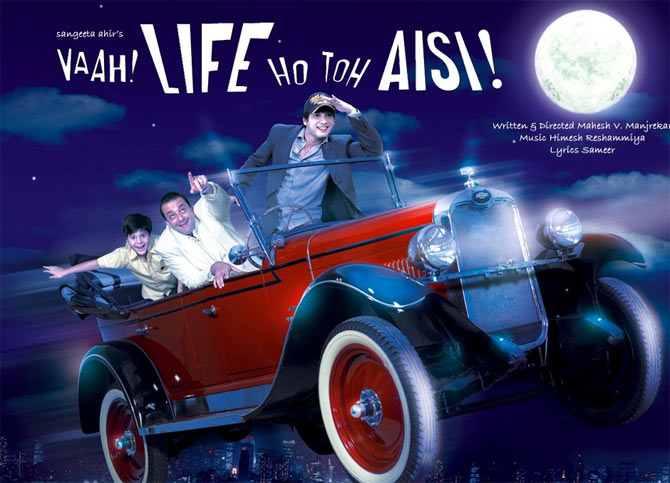 He dies and turns into a ghost. And after a truckload of adventures with Mr Yamraj (Sanjay Dutt), he is sent back on earth to return to his mortal existence. 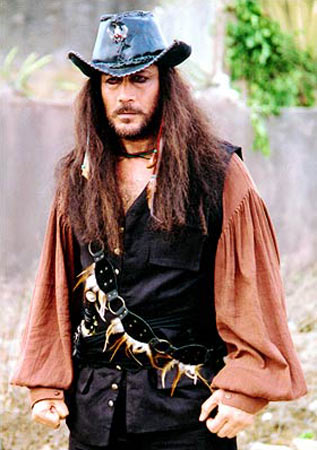 That, our dear reader, is Bhoot Unkle, Bollywood’s answer to Harry Potter brand of entertainment. 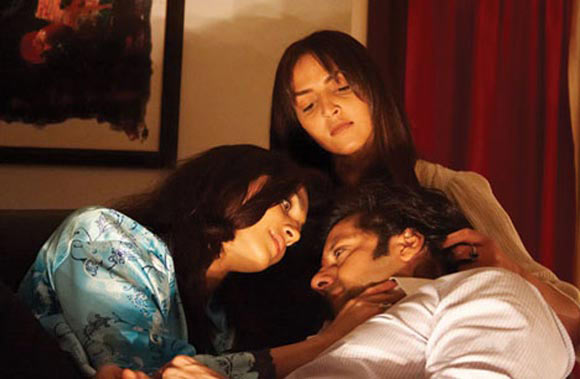 Here, Esha Deol dilates her eyeballs to the best of her capabilities and torments ex-flame Fardeen Khan relentlessly scene after scene. 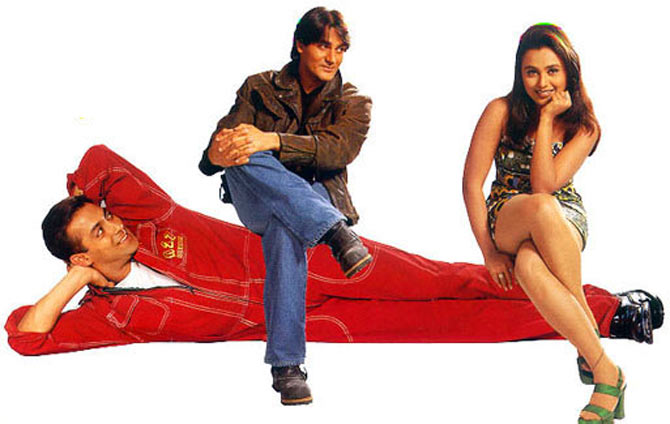 Hello Brother didn’t do well but Salman Khan is quite likeable in a ghost-themed comedy directed by brother Sohail and co-starring another, Arbaaz.

Unceremoniously bumped off, Sallu’s spirit returns to avenge his wrongdoers with a little help from Arbaaz’s no-nonsense cop.

Naseerudin Shah’s comic turn as the fun-loving ghost trying to connect with his daughter (Urmila Matondkar) through a goofy Shah Rukh Khan in Chamatkar attracted attention in the 1990s.

While Dharmendra’s loveable turn as a lisping, childish ghost in Ghazab starring him in a double role ranks among his most memorable comedies. 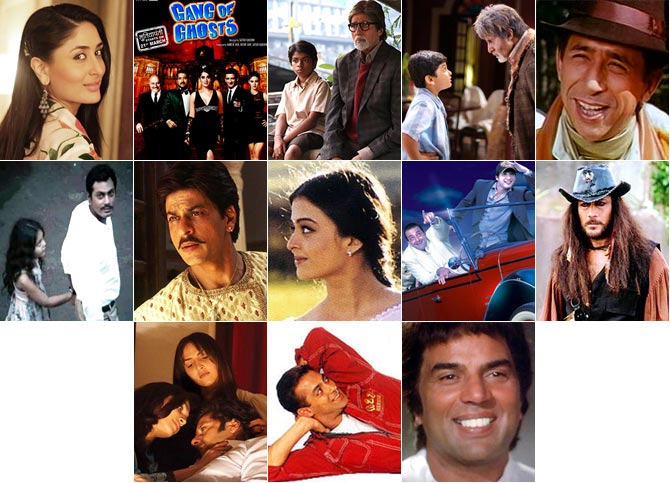