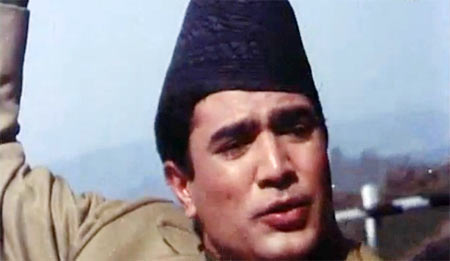 He acquainted the Indian Film Industry to the height of wild adulation and heightened stardom with an inexplicable, utterly chaotic impact on the minds and hearts of his worshippers.

It's a glorious chapter in the history of Hindi cinema and those who witnessed it can never forget it. Just as the man himself. Khanna or Kaka (Punjabi term of endearment for a young one) as he was fondly addressed by friends and film fraternity, is often attributed to as Bollywood's original superstar for his dazzling charisma, distinct mannerisms and a wonderful aptitude for making absurd appear amusing.

While his 1966-2010 filmography is a study in extremes with cinematic gems, giant blockbusters, mindless potboilers and embarrassing drivel, there's much to celebrate and toast about the man who's tasted both -- unprecedented success and dark days of failure.

Just five months short of his 70th birthday, the superstar passed away today after fighting prolonged sickness. But luminaries like him neither die nor fade. They live on in public memories, songs, smiles and spectacular silver screen moments. Here's remembering the legend through some of his landmark films.

Although Sharmila Tagore had the author-backed role in this sentimental saga about a woman's struggles, Rajesh Khanna smiled his way into our hearts with his deliciously charming double role as a pilot father, pilot son. Suddenly all the girls in the country and their mothers were plotting ways to become the dreamboat's 'Sapnon ki rani.' 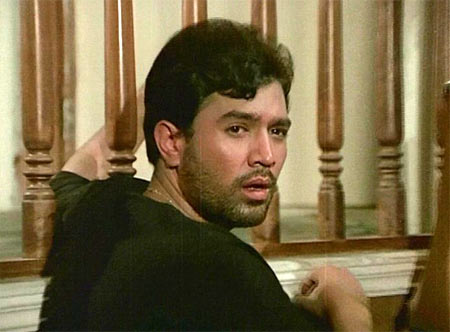 Despite its experimental tone, not so commonplace back then, the duo's compelling, edgy performance against a taut screenplay engages from start to finish. 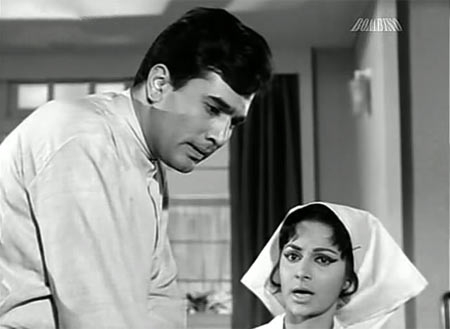 Rajesh Khanna's Arun is a hopeless romantic suffering from an emotional breakdown.

The man is vulnerable, needy and, most importantly, irresistible. Waheeda Rahman agrees too. And pays a hefty price for conceding in Asit Sen's melancholic, black and white beauty, Khamoshi. 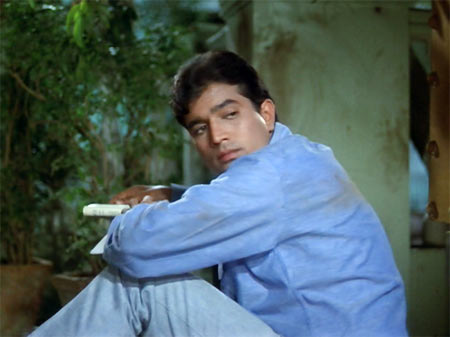 Image: Rajesh Khanna in Do Raaste

Raj Khosla's silver jubilee success, a social drama starring Balraj Sahni as a concerned sibling to step brothers Prem Chopra and Rajesh Khanna and the disparity caused after one of them gets married into high society hit a chord with the audience.

Not to forget, the effortless chemistry between Khanna and Mumtaz through its breezy song 'n' dance sequences that went on to make numerous hits in the future. 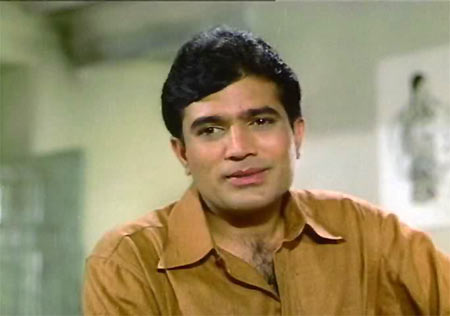 Although the script has its issues, Khanna tugs your heartstrings with his touching display of magnanimity, tenderness and personal agony. 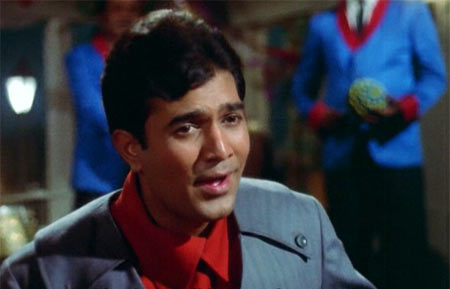 Be it Aradhana, Khamoshi or Kati Patang, Kaka contributed wonderfully to woman-oriented themes.

Lending yet another pitch-perfect support while making his own mark in Asha Parekh vehicle, Kati Patang, Khanna exhibits unusual confidence and charge as a performer. 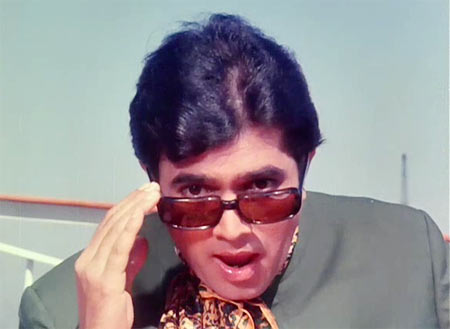 In this classic Manmohan Desai romp, Khanna plays the dual role of an innocuous band master used as a pawn by his burgling lookalike.

With Mumtaz throwing in her brand of glamour and Kalyanji-Anandji's catchy score to go, Sachaa Jhutha packs in a mix of potent masala and pleasant improbability. 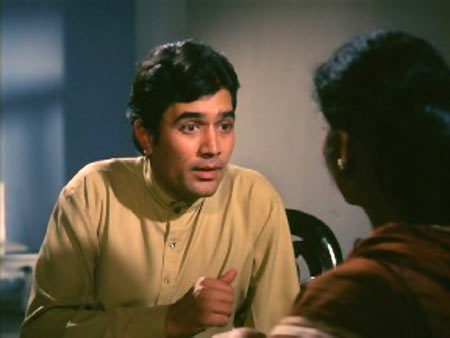 Rajesh Khanna immortalized himself with a career-best performance in Hrishikesh Mukerjee's Anand, a film that celebrates the essence of life and inevitability of death through its inspiring philosophy and remarkable composure.

Khanna embodies Anand with such tangible joy and magnitude, it's exactly what draws us to cinema for it makes us laugh, cry and get personal. 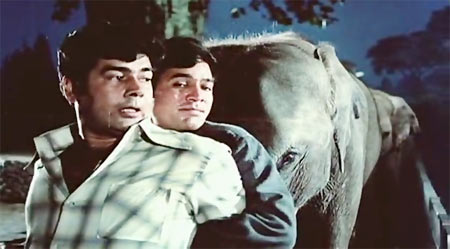 Khanna's romantic image boosted his female fan-following enormously. But with Haathi Mere Saathi, the actor won a lot of admiration among kids too.

In this Salim-Javed helmed remake of Tamil film Nalla Neram, he plays a zoo owner where his camaraderie with the elephants and other wild beings is its greatest USPs. 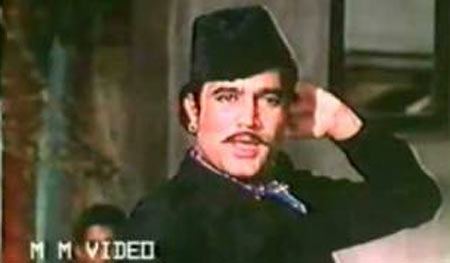 As an atonement for his folly, Khanna is forced to live under the same roof with the family of the one he has wronged.

Dushman's absorbing plotline, while fulfilling the trappings of mainstream setup, permits Khanna to flex his potential as a dramatic actor. 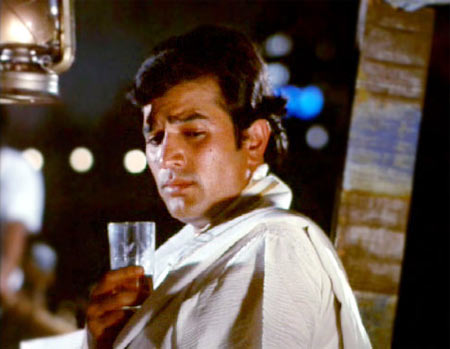 Nothing run-of-the-mill about this, Shakti Samanta's Amar Prem is a perfect instance of creativity at its peak. Be it the Khanna-Sharmila Tagore chemistry, R D Burman's magnificent soundtrack or Samanta himself. 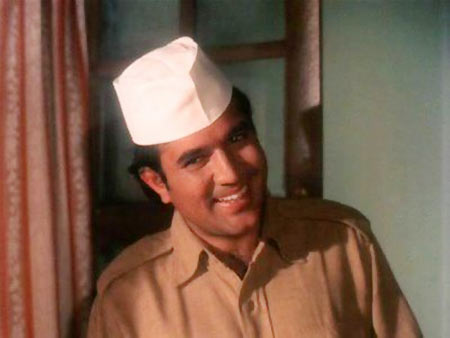 He may don a gamcha for a cape and khaki in place of spandex but Khanna's Raghu is nothing short of a domestic superhero.

From cooking and cleaning to setting things right between a topsy-turvy household with his precious gyaan and ingenious methods, Khanna's larger-than-life persona lends its magic to Hrishikesh Mukerjee's feel-good Bawarchi. 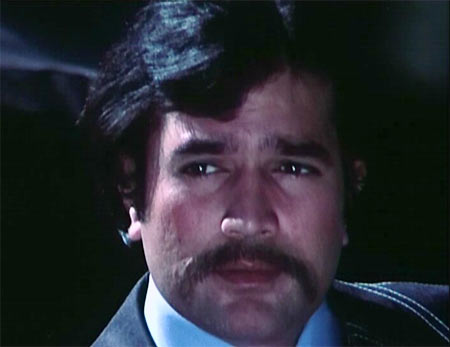 Yash Chopra's bold take on marital relationships made quite a statement for its times. And it took generous portions of Khanna's conviction, a robust moustache alongside pretty ladies -- the ever-reliable Tagore and exciting Raakhee, in an award-winning turn, to make it click. 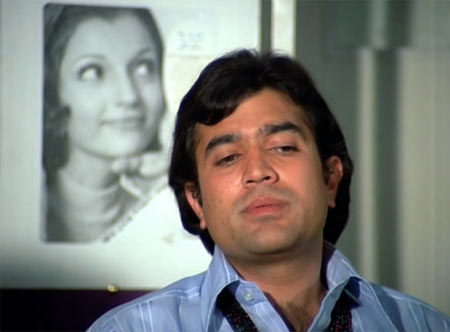 There's a reason why Rajesh Khanna and Sharmila Tagore worked in so many films. Their chemistry, in romance alone, has untold dimensions.

Basu Bhattacharya's Avishkaar exploits this quality with his intimate portrayal of a once besotted, now disgruntled married couple to great success. 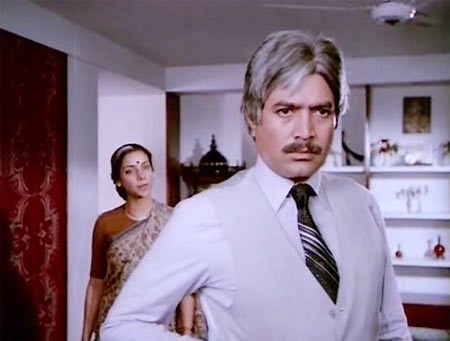 Despite Mohan Kumar's taste for over-the-top sentimentality, Rajesh Khanna valiantly projects a 'proud even in humiliation' Avtaar Kishen, resonating the unflagging senior spirit though abandoned by his self-seeking sons.

Avataar works primarily because instead of simply painting a pitiable picture, it shows Khanna resolutely fighting (and winning) for the cause of his age group.