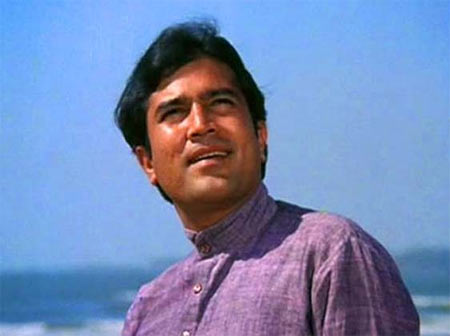 His mannerism, his unique style of dancing, dialogue delivery and gestures added to his onscreen persona and have been imitated countless number of times. 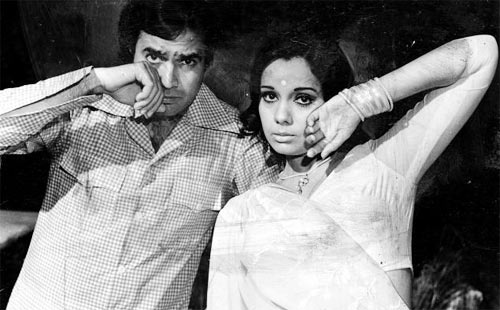 At the peak of his career, Khanna -- popularly called Kaka -- would be mobbed during public appearances as fans kissed his car, which would be covered with lipstick marks. They lined the road, cheering and chanting his name. Female fans sent him letters written in blood.

His predecessors Raj Kapoor and Dilip Kumar broke hearts in their time no doubt, but the hysteria connected with Khanna was unprecedented.

Made his debut in 1965 in the film Aakhri Khat 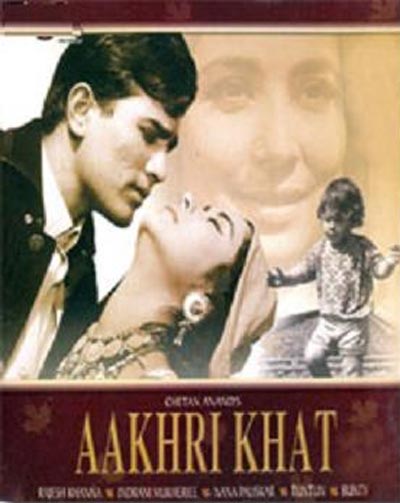 Born as Jatin Khanna on December 29, 1942, he was adopted and raised by foster parents.

He began taking interest in acting while in school and performed in a number of plays. It was his uncle who changed Khanna's first name to Rajesh when he decided to join films.

In 1965, he won an all India talent contest organised by United Producers and Filmfare and as a result made his debut the next year in Aakhri Khat, directed by Chetan Anand.

His second film Raaz was also a part of his predetermined prize for winning the competition. 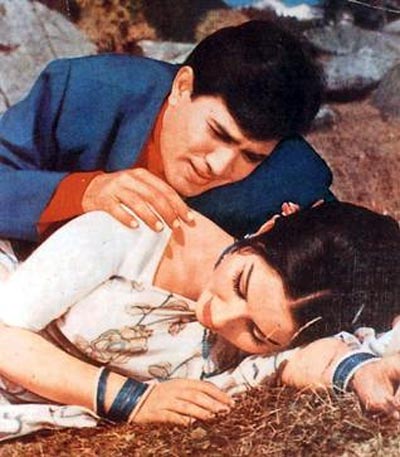 Image: A scene from Aradhana

He found success with films like Baharon Ke Sapne, Aurat, Doli and Ittefaq, but it was the 1969 film Aradhana opposite Sharmila Tagore that catapulted Khanna to superstardom.

The film also saw the resurgence of Kishore Kumar, who eventually became the official playback voice of Khanna and the actor-singer duo delivered a number of hit songs subsequently, memorable among them being Mere sapno ki raani, Roop tera mastana, Kuch to log kahenge and Jai jai shiv shankar.

After Aradhana, Haathi Mere Saathi (1971) became the biggest hit and also the biggest grosser ever till then. 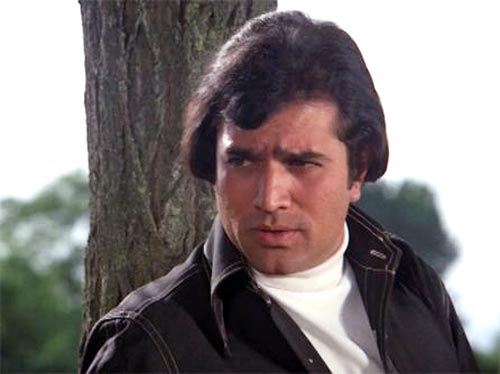 Khanna appeared in 163 feature films of which 106 had him as the solo lead hero and 22 were two hero projects. He had 15 consecutive solo superhits between 1969 and 1972, which is still an unbroken record in Indian film history.

He won three Filmfare Best Actor Awards and was nominated for the same 14 times. He was awarded the Filmfare Lifetime Achievement Award in 2005. 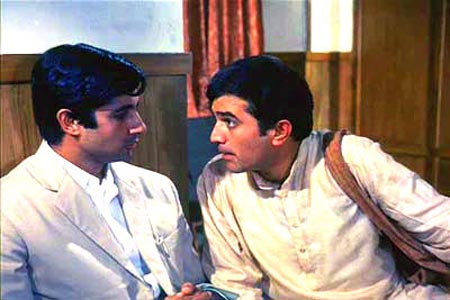 Despite his heartthrob status, Khanna played a variety of roles -- the terminally ill Anand, a chef in Bawarchi, a lonely husband in Amar Prem, and a psychiatric patient in Khamoshi.

He worked with the best of the talents of his time, be it directors, actresses and composers. Sharmila Tagore and Mumtaz became his leading ladies in many films including Amar Prem and Aap Ki Kasam.

Directors like Shakti Samanta, Yash Chopra, Manmohan Desai, Hrishikesh Mukherjee and Ramesh Sippy worked with Khanna. His films' music made them more memorable, with the trio of composer R D Burman, Kishore and he himself working together in more than 30 films.

The commercial success of his films declined during 1976-78. After 1978, Khanna starred in critically acclaimed films such as Amado, Phir Wohi Raat, Dard, Dhanwan, Avtaar and Agar Tum Na Hote. 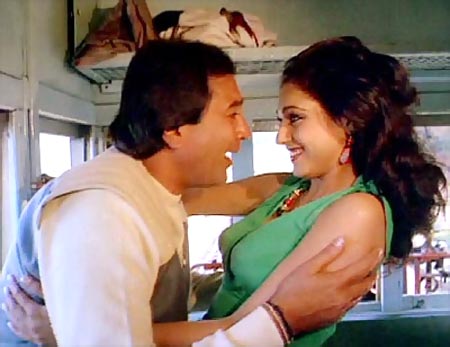 If Khanna's rise to fame was meteoric, so was his fall from stardom.

By the late 1980s his charm at the box office had waned but it did not affect his personal charisma. He held a Lok Sabha seat as a Congressman from 1992 to 1996.

His enigmatic personality not only charmed his fans but also led to him into relationships with three actresses in their heydays. Khanna was in a long-term relationship with Anju Mahendru in the early 1970s, and later went on to marry Dimple Kapadia, 15 years younger to him, in 1973. They have two daughters -- Twinkle and Rinke -- who followed their parents into showbiz.

Dimple split from the actor in 1984. Though they lived separately, the couple never completed divorce formalities. 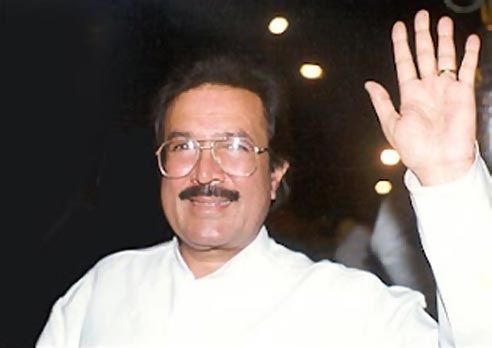 Khanna stopped acting from early 1990s and served as a a Member of Parliament from New Delhi constituency from 1991 to 1996.

When Khanna was MP, he worked full time as a politician and did not accept new acting assignments. He also campaigned for Congress in Punjab for 2012 elections.