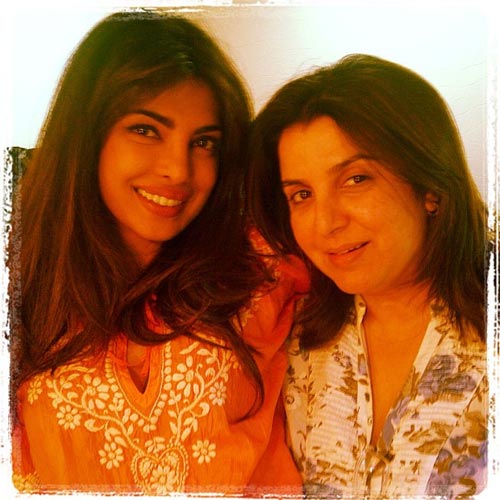 She shared a picture (above) of them together and wrote: 'Great shoot with @TheFarahKhan ! U the Expert babe!'

Meanwhile, Juhi Chawla is in Kolkata for a shoot. 'Just landed in kolkata For a shoot ...And Bumped into kkr crew setting up for the IPL season ...gosh it's round the corner now !!' she updated.

'We have been shooting for bhaag johny in pattaya for 11 days now, mostly action and now the tan and bruises are beginning to show..' he wrote. 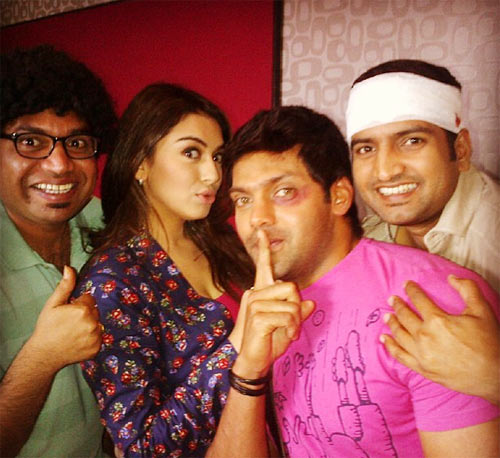 According to the latest buzz, actress Hansika Motwani will be locking lips with co-star Arya in her upcoming Tamil film Settai.

However, Motwani vehemently denied the reports and tweeted, 'There isnt any lip lock in any of my up coming movies ..please stop spreading rumours.'

The 21-year-old actress is currently shooting in Mumbai for the film. She shared a picture (above) of her from the sets and wrote: 'settai last two days .in Bombay.' 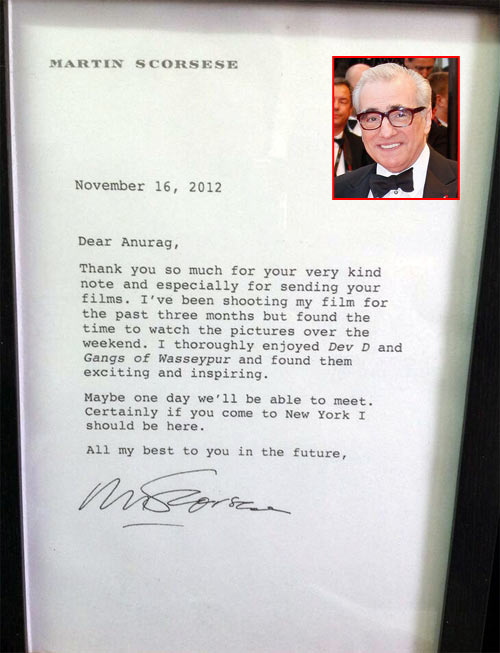 Kashyap had sent him DVDs of his films Dev D and Gangs Of Wasseypur.

He shared a picture (above) of the letter and tweeted: 'My biggest award yet.' 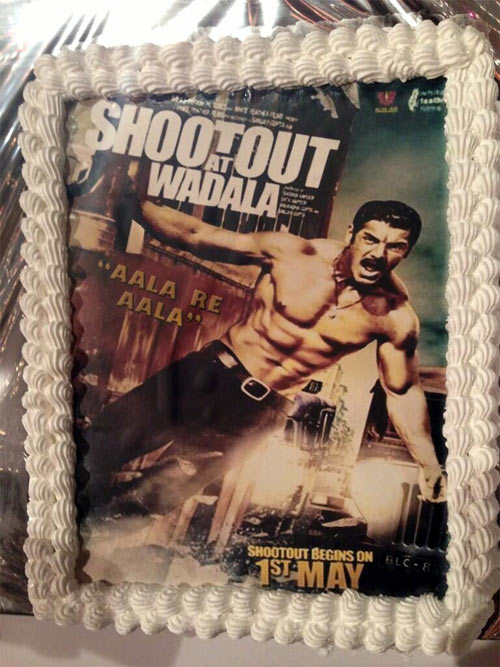 John Abraham, who recently finished shooting for Sanjay Gupta's upcoming film Shootout At Wadala, celebrated their last day on the sets with a cake-cutting ceremony.

The actor shared a picture (above) of the cake and wrote: 'I wrap on Shootout at wadala . A special cake on set .'

Meanwhile, actor Ranvir Shorey shared a picture of him with Tusshar Kapoor from the sets of their film Bhajathe Raho.

''Bhajaoing' the night away, with the gorgeous @krishikalulla, & dashing @TusshKapoor, on the sets of #BhajatheRaho,' he wrote with the picture.