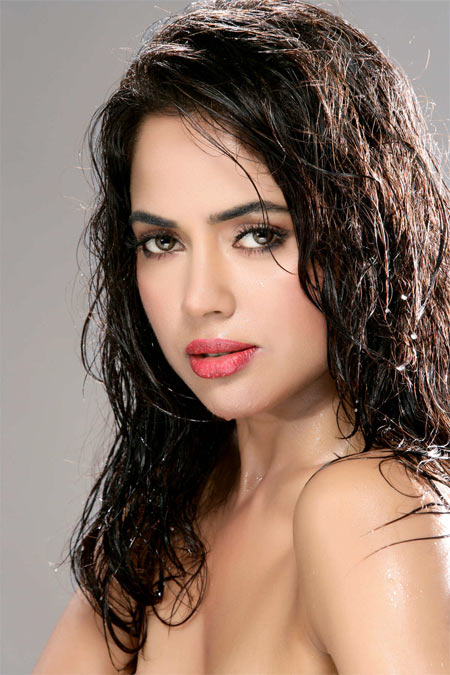 "When you are a queen in your own country, why would you want to go anywhere else?" says Sameera Reddy, the confidence evident in her tone and manner.

The actress has progressed dramatically from her Musafir days and a lot of that has to do with her bold decision to abandon Bollywood before Bollywood could abandon her, and embracing the cinema of the South, which has shown her much love and adulation.

In this interview with Ankur Pathak, Sameera talks about the politics within the industry and why one must leave the game if one doesn't know how to play it.

How challenging is it for a woman to do an edgy, action film like Tezz?

I have done the most difficult scene any girl has ever done on screen. It is a very important bike scene. I had to go through intensive training before pulling it off because we couldn't cheat the audience by using a body double here.

For someone like me, who couldn't even ride a Scooty, it was liberating, to say the least.

Why was it "the most difficult scene any girl has ever done"?

In one scene, I'm being chased by cops and have to jump into a river. I remember the temperature was two degrees and we were freezing like ice cubes.

I had to get in the river with two huge bags, go underwater for like 20 seconds, and dive away from there.

It was physically as well as mentally exhausting and I felt my head is going to explode any second. I had to do this six times before we got it right.

'Anil Kapoor deserves all the international acclaim he's been getting' 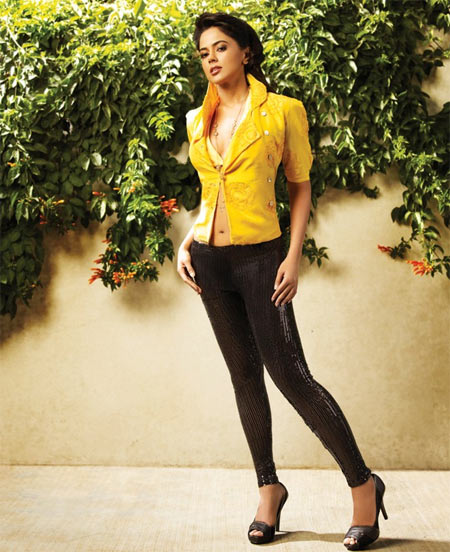 Would you say that the south has shown you much more love than Bollywood?

It is cool to know that my films down south are being remade in Bollywood.

The south has really been very kind to me. I represent each state with their industry, right from Sandalwood to Tollywood. Working with top stars like Chiranjeevi, Surya, Mohanlal is a brilliant experience.

You cannot disregard the industries of the south. They are as big and flourishing as Bollywood is.

Priyadarshan repeats you as an actress quite often. Why?

I find it funny being asked that because, like he said the other day, he has also repeated an actor like Paresh Rawal but nobody says anything about that. He has repeated him so much that they should have been married by now (Laughs). But just because I am a girl, a question like this arises.

He likes a bunch of actors and works constantly with them -- Suniel Shetty, Akshay Kumar and more recently Ajay Devgn. So something has really clicked well with us. He is in a position to pick any actor he wants but is comfortable working with me.

This is your fourth film with Anil Kapoor. Now that he has cracked it big in Hollywood, how do you think he has changed as a person?

He hasn't. If at all he has, he has become more committed and dedicated as an artist. He is my lucky charm. He is such a hard worker; he puts the rest of us to shame.

When he made it big in Hollywood, I was one of the first few people to call and congratulate him. He deserves all the international acclaim he's been getting.

'Bollywood is corrupted with politics' 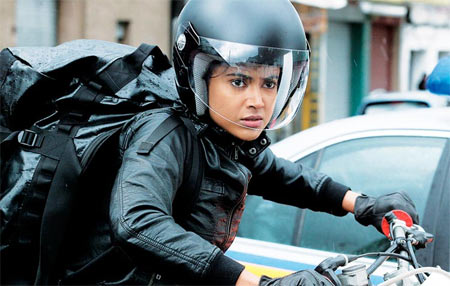 It is. In fact, when I was filming Vettai, there were some date problems between that film and Tezz. So at one point, I found myself dancing amongst peacocks in a bright red saree in Tamil Nadu and the next moment, I'm catching a flight to Birmingham and getting on a bad-ass chopper with leather pants! Now that was very disorienting.

You talk about the physical aspects. What about the characters' psyche?

Oh, that really is not a big problem for me. The moment I enter a different state, I automatically embody their characteristics, way of living, culture as well as the language.

It is fascinating and satisfactory to be a little part of every part of the country. I am open to a Punjabi film as well. That would make me the only actress who will have worked with every regional industry.

'I have never been a part of the rat race' 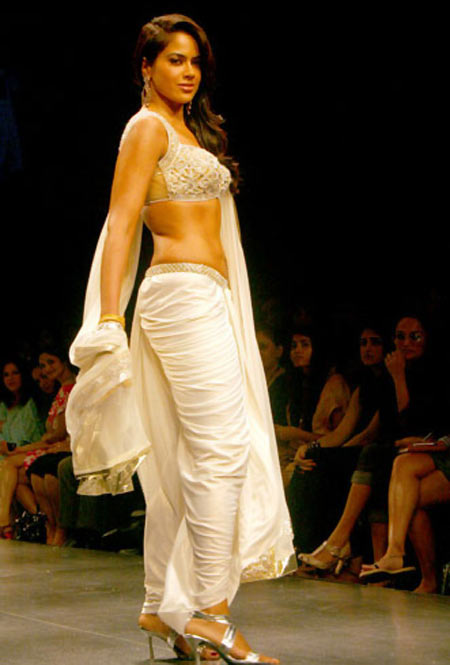 When you look back, what are the images that come to your mind of your Musafir days?

When I joined I was young and silly and made some very stupid decisions, being oblivious to the magnitude of the consequences.

I did go a little crazy after Musafir. There was plenty of money and adulation and I would see guys going crazy for me. The songs were a big hit and it was like living the life one only dreams of.

But I have realised that the only way to maintain your sanity is to separate the actor from your overall personality. I think actors are the most self-obsessed people in the world, which is a little scary.

I keep myself grounded by being detached from all the glamour and I enjoy going home and being my Daddy's little girl, cook for Mama and go swimming and scuba-diving.

There is this alternate reality that nobody knows about and nor will they. It is not about being humble, it is about being sane.

What went wrong post-Musafir? Was it lack of offers from the mainstream that made you shift to the South?

I don't know if things went right or wrong, but Bollywood is corrupted with a lot of politics. And to be frank, I don't know how to play that game.

I have never been a part of the rat race, and that is out of choice. I have followed my heart and done things with dignity without being aggressive about it. I think that is how I protect myself.

You mean you were victimised?

Nobody is a victim. Either you play the game or don't be in it. I chose to step out a bit. I'm not ashamed to say that I'm not cunning or sharp enough to manipulate. I cannot do it.

I chose to take a breather and move to the South because Bollywood began to consume me. 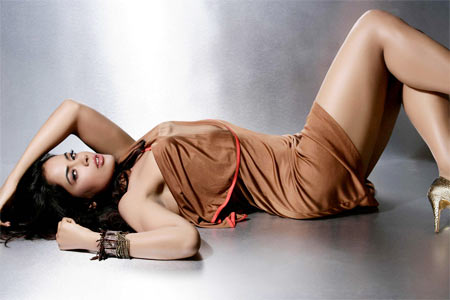 Would you confirm that the 'casting couch' exists?

Of course it does. But it takes two hands to clap. Nobody is a victim. We are all just players. When I thought I couldn't handle it, I stepped out.

Now when I'm mature enough to play the game, I'm back. For me, peace of mind is more important than landing a big role.

After doing other films in different regional industries, has your opinion of Bollywood changed?

Bollywood is constantly struggling. The newcomers are battling for roles and people sitting at the top are busy struggling with their own insecurities. There is nobody who is not struggling.

It is fascinating for me when I see heroines with the most amount of work insecure as hell. It is like the nature of the beast. In comparison, I feel calm as I have a stable life outside.

Have you deliberately stayed away from being in a relationship with a Bollywood star?

It is very tempting and is definitely something I have stayed miles away from.

There has to be only one person in the relationship who can stare at the mirror all the time, and that has to be me (Laughs). Opportunities have shown themselves but I will never bite.

'I have dated a lot of times outside the industry' 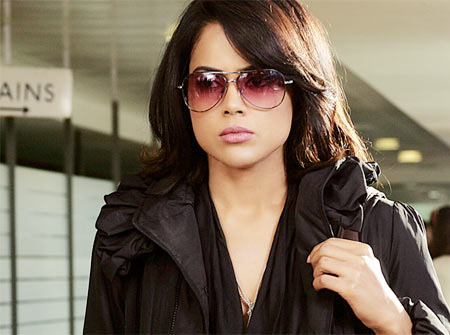 So the dating game is healthy and strong outside?

Yes, I have dated a lot of times outside the industry.

I have a great life apart from Bollywood. Not only dating, I do scuba-diving and skiing in Switzerland during the winter. I cook and host dinner parties and I'm a voracious reader as well. There's a lot which keeps my mindscape occupied other than films.

Many new heroines have appeared in your absence. Don't you think you have lost out on plum offers in Bollywood because of your absence?

I go by my instincts and I never regret my decisions.

The kind of brand value I have built for myself is pan-Indian. Bollywood necessarily doesn't work in Chennai. The kind of reach that I have got after working in regional industries, Bollywood couldn't have given me.

Having said that, I don't disrespect Bollywood as it gave me my original name and it is also where I eventually keep coming back.

I'm one of the most chilled out persons I know.