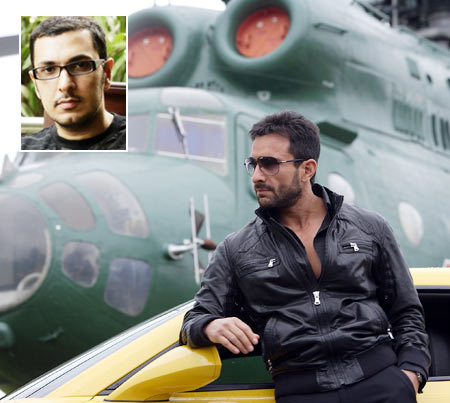 Agent Vinod is all set to release tomorrow, and producer Dinesh Vijan is running from pillar to post to ensue a smooth release.

After waiting for an hour and a half at the Illumanti Films office, Vijan arrives with an apologetic smile on his face. "I am returning from Siddhivinayak temple where I had taken the films' reels," he explains.

Vijan started his career as a producer for Saif Ali Khan-starrer Being Cyrus in 2005. The two became friends, and soon realised they wanted to make similar films. In 2009, they launched their banner called Illuminati Films, under which they released their first film -- and hit -- Love Aaj Kal.

Vijan talks about Sonil Dedhia about their latest film Agent Vinod, why the film was delayed and why he is unfazed by the rumours of his fallout with Saif.

Agent Vinod was supposed to release last year. Why was it delayed?

There were rumours that the film was going to release in December, and was delayed to March. I don't think four months is a delay. We had never officially announced any dates. We were contemplating a December release but there were too many films then. Also, we needed more time for VFX.

But the film has been in the making for almost three years now.

Yes, actually Agent Vinod was going to be Illumnati Film's first venture but it took us almost a year and half to script it. We wanted the film to be logical and relevant and yet be entertaining.

Sriram Raghavan's strength can be seen in the personality of Agent Vinod.

'Agent Vinod has been set to turn into a franchise' 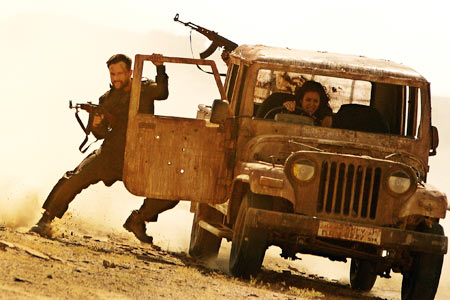 Did the delay of the film affect the budget?

We have finished the film within the budget but a lot of people find this very difficult to digest. We have shot the film in places like Riga, the capital city of Latvia, where the value of our currency appreciated. We also shot in Morocco, which was the cheapest option in that region. We shot with just a 19 member crew in London and St Petersburg.

The shoot took time because we planned and executed it very precisely.

What is the budget of the film?

The film has been made for Rs 50 crores, plus Rs 12 crores for its marketing. We have made the film very economically. The  satellite and music rights have already been sold.

Will Agent Vinod turn into a franchisee?

Agent Vinod has been set to turn into a franchise. But that's a call we will take after the film releases. 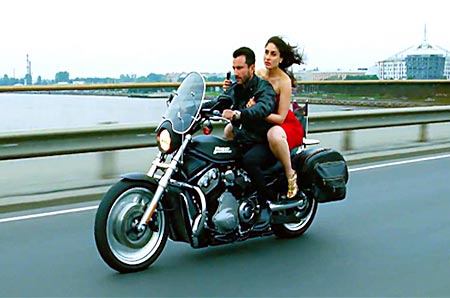 Would you agree that this is the biggest production you have handled?

Logistically, it is the biggest film to come out of our production house.

Love Aaj Kal was our first film and we shot it across three continents. On the other hand, Agent Vinod has been shot in 12 countries and each schedule came with its own set of problems.

The possibility of things going wrong in a love story compared to an action story is 1:10. We are really proud of the final product that Sriram has delivered.

A lot of films today are doing more than Rs 100 crores business at the box office. Is it something that you are looking to achieve with Agent Vinod?

The opening of the film has become very critical and promotions ensure an opening for the weekend. We have received some tremendous response to all the promos of the film and we are very confident about the product we have made and we are hoping that the film gets a good opening. The film belongs to a producer for the first three days. From Monday onwards, the film becomes a director's film.

The film has been constantly compared to James Bond and Bourne series. Where do these comparisons end?

I would say Agent Vinod is a RAW (Research and Analysis Wing) agent from India and James Bond is a MI5 agent and that's where the similarity ends. Unlike Bond, Agent Vinod does not have any secret gadgets. His mind is very sharp and how he uses it to come out of a situation.

'If there really was a rift, do you think we would have been able to release three films a year?' 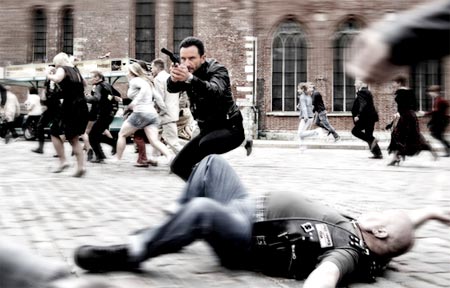 Being a creative producer, how much do you contribute to the decision-making at Illumanti films?

Saif and I have an autocratic approach to our work. I have to convince him and he has to convince me. If you put us in two different rooms and narrate a story to us, we will have the some thoughts. We rarely have any differences.

So is it a deliberate decision for Saif to be part of all Illuminati films, since he is co-owner?

Saif and I share a similar ideology. We always work on developing the script and at Illuminati we pay a lot of attention to script. So far, whatever we have developed has suited Saif since he is a versatile actor. But if you see our film with Raj and DK, titled by media Go Goa Gone, it's not a Saif-centric film. He only makes a special appearance in the film.

There were rumours of a rift between Saif and you.

'One day, I will ask all my directors to produce my film' 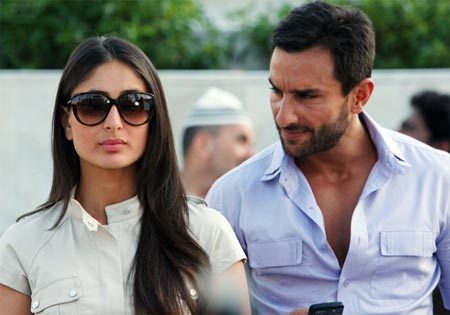 Was it a conscious decision to cast Kunal Khemu as the lead in Go Goa Gone?

It is the script. The film is a zombie comedy and it is an experimental film. The script appealed to us and we fell down laughing when he heard it. It has a positive message in the end.

Any plans for direction?

Right now, I am tied up with production. I want to take the burden off my director's shoulders and want them to make their best films with me. Maybe, one day, I will ask all my directors to produce my film (Smiles).