Sign in  |  Create a Rediffmail account
Rediff.com  » Movies » 'Don't harbour dreams of buying a Jaguar with my money. I have other plans'

'Don't harbour dreams of buying a Jaguar with my money. I have other plans' 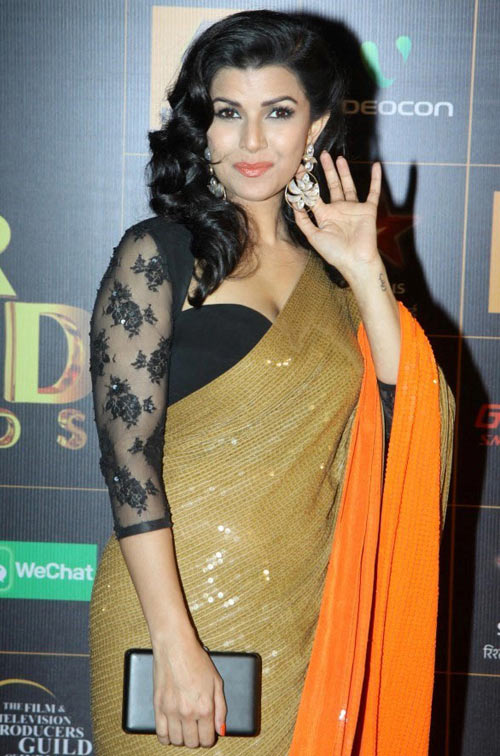 'The roles I’m getting are of seductive divas and everything in the opposite direction of a jaded housewife trapped in a loveless marriage!'

The lonely housewife’s appearance in Ritesh Batra’s The Lunchbox looks neglected: she has unplucked eyebrows, wears old salwar kameezes, ties up her hair in a messy bunch, and has henna-ed nails.

But Nimrat Kaur, who portrayed the character with admirable restraint and thoughtfulness, is dressed in a dark blue shirt-dress cinched at the waist by a narrow belt.

She periodically runs her perfectly manicured hands through her voluminous wavy and well tended hair.

Not exactly plucked from obscurity -- she appeared in a Kumar Sanu music video in 2004, recently featured in a popular Dairy Milk Silk advertisement, and starred in the Vasan Bala directed Peddlers -- Nimrat was one of the biggest surprises sprung on Bollywood and its fans by the new wave of Hindi cinema last year.

The Lunchbox (released in India in September 2013) received an overwhelming response at Cannes too, where it was screened in May 2013, and pretty much everywhere else.

The royal snub meted out to it by the film federation while picking India’s Oscar entry invited truckloads of scathing comments from all around the world.

Now, as the film prepares to open in American cinemas on February 28, Nimrat discusses her life story and what led her to The Lunchbox, which, in her own words, is not a mere film but an event one hopes will happen at least once in one’s lifetime.

'The roles I'm getting are of seductive divas' 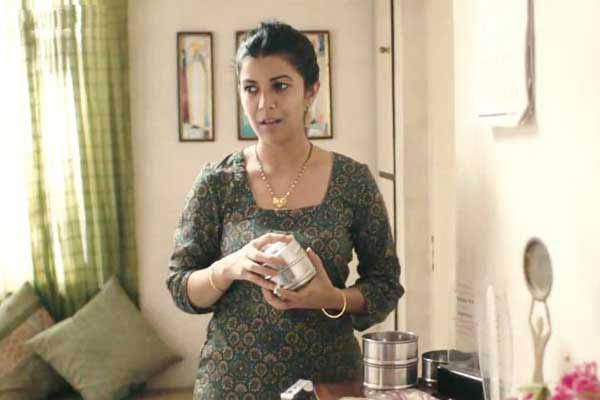 Image: Nimrat Kaur in the Lunchbox

Has it taken longer than you expected to be recognised in Bollywood?

I don’t think so. It was never about the means to an end. It was always the journey that mattered more.

If I think it’s come too late, then I’m in it for the wrong reasons. Sure, there was a point when I would often be like, ‘What am I doing,’ but then you realise you are in it for your inner calling, and you just give your best shot to everything you do.

I enjoyed the work that went into the film, the new people I met while filming it…

What kind of parts are you being offered post-Lunchbox? Are they all lonely housewives looking for redemptive love?

The roles I’m getting are of seductive divas and everything in the opposite direction of a jaded housewife trapped in a loveless marriage. Thank god for that!

'You don't expect a Mr Bachchan to know your first name' 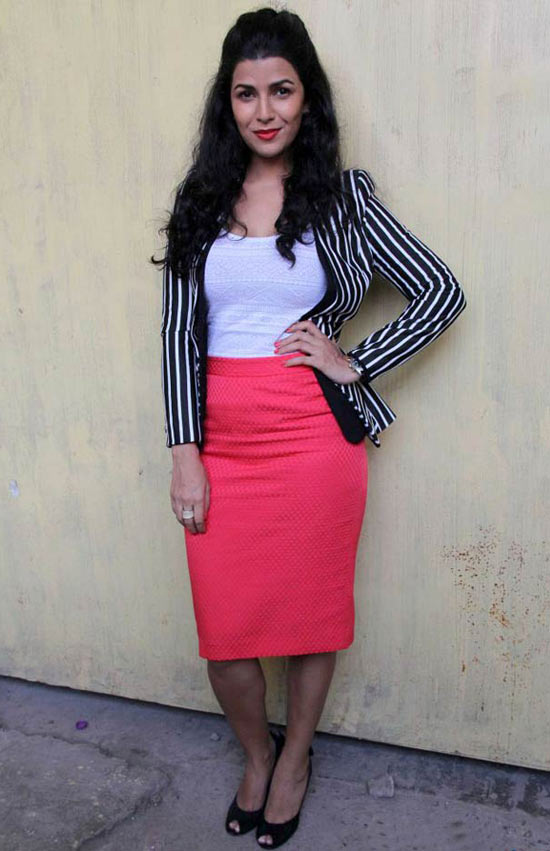 How has life changed?

It’s the external things that change but I’m still the same inside.

Things that I wanted to change for me have changed in terms of the kind of people I wanted to work with or meet.

Your life becomes wider in that sense, which I’m trying to get used to.

I mean, you don’t expect a Mr Bachchan to know your first name.

Yeah! There are new avenues of making money that open up because there’s a name to your face now.

That makes pitching possible and that’s why actors get paid obscene amounts of money. Sometimes the amount is so ridiculous that you wonder what you’re doing to deserve that kind of money.

And with time, it’ll get more and more ridiculous.

You are one of those rare actors who acknowledges that.

I’m aware of it but I just block that thought out at times because it’s unnerving.

I come from a middle class family so I’m always very aware of that.

I don’t harbour dreams of buying a Jaguar with my money. I have other plans.

And what are those plans?

I haven’t really thought it through but I’d rather travel, maybe get a house in a place that I really like but wouldn’t have been able to afford before. Buying presents for your loved ones feels nice too. 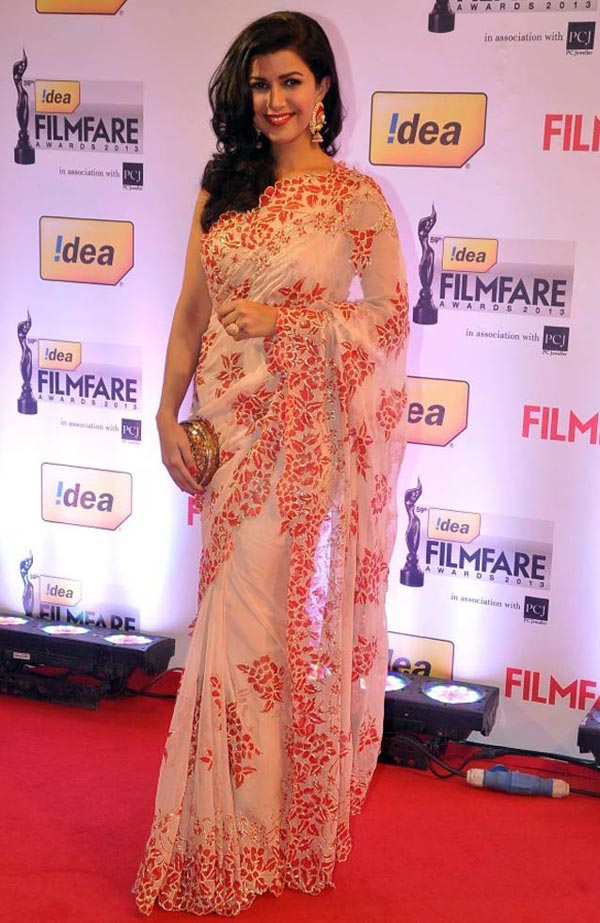 You graduated from Sri Ram College of Commerce, one of the top colleges in the country.

SRCC happened because I didn’t want to study engineering -- I had taken the entrance exam at Delhi College of Engineering and even got through the School of Planning and Architecture.

But the DCE course was four years, SPA’s was five years. So I enrolled for BCom Honours in Sri Ram College of Commerce in Delhi University’s North Campus, which was a three-year course.

THAT was your criteria for choosing SRCC?

(Chuckles) Of course, the cut-offs back then weren’t insane -- 85 per cent for the course I enrolled for.

Besides, I went through the Defence quota since my dad was a war hero.

Did you enjoy being in college? North campus is a very happening place for a college student.

I was involved in the college’s dramatics society but I didn’t really enjoy college.

It was really boring, especially because it was difficult to get to the college from where I lived in Noida.

There was no Metro back then and the DU (Delhi University) special buses were a pain to travel in. So I quickly lost interest in academics.

By then I knew where I was heading. And after a while it just got easier to get out of the house and bunk college, watch a movie.

Tags: Sri Ram College of Commerce in Delhi University , School of Planning and Architecture , Delhi College of Engineering , SRCC , THAT

'Rajiv Gandhi got off a helicopter right in front of me! ' 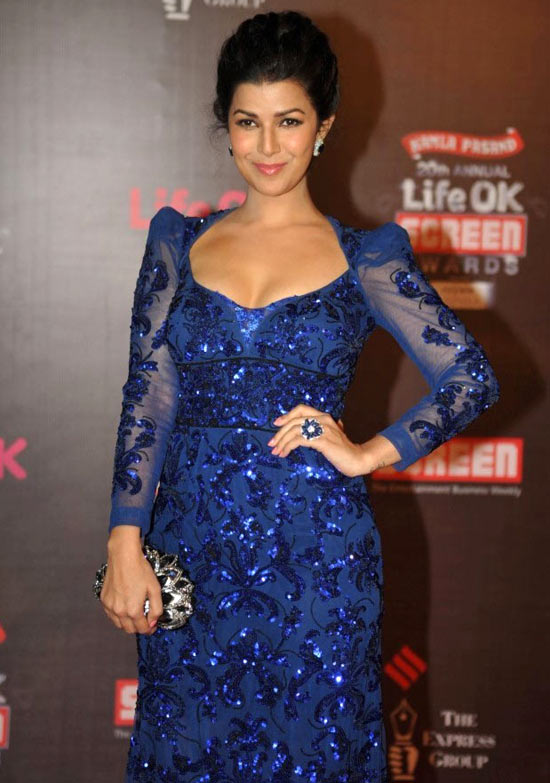 I was a very normal kind of kid except for the fact that I grew up in several places, owing to my father’s many postings.

I changed six-seven schools. After he passed away, we settled down in Noida which is where I did the last five years of my schooling.

I have been to all kinds of schools, but interestingly, never to an army school.

Did that make you wish for a different childhood?

I wouldn’t change a thing. I have seen a wide spectrum of lifestyles - from very ethnic, simple village life as well as the exceedingly urban lifestyle here in Mumbai and abroad.

My father came from a farming family based in rural Rajasthan. My paternal grandparents still live there.

Then there was army life. I’ve lived in Kashmir as well as in Arunachal Pradesh, on the Tibet border. Rajiv Gandhi got off a helicopter right in front of me! Security wasn’t as big an issue as it is today.

I wouldn’t trade these experiences for anything in the world. They are the most priceless possessions of my life. 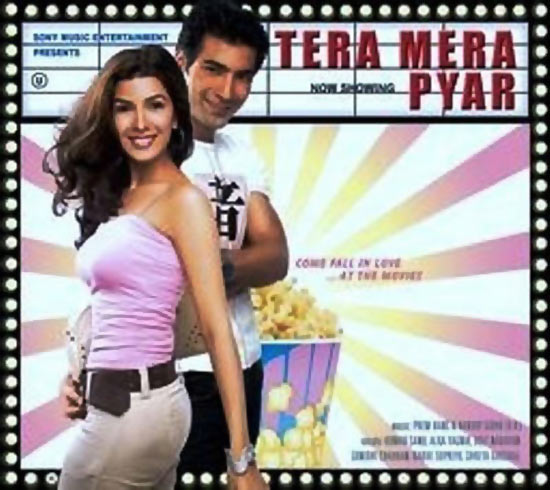 We first saw you in Kumar Sanu’s Tera Mera Pyar, in 2004, which was followed by another music video. What came first, the music videos or the ads?

The music videos came first. There was no brief for Tera Mera Pyar. It was just a lovely story with a very talented bunch of people working on it.

The producers were from the UK and the guy who directed it, Apurva Asrani, recently worked as editor on Hansal Mehta’s Shahid.

You recently featured in a Cadbury Silk ad. It’s very popular too…

Yeah. In fact, I bumped into Mr (Amitabh) Bachchan backstage during the Filmfare Awards recently -- I was to present an award and he was next -- and he called out to me and said, ‘I loved your film but I loved your Cadbury ad more.’ 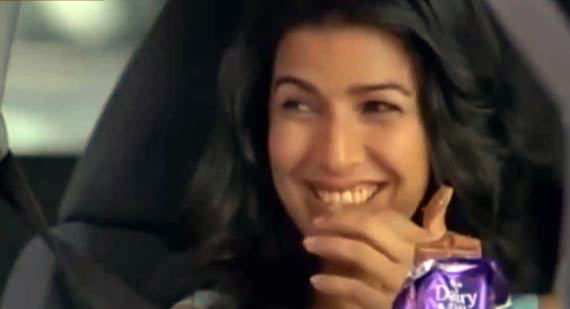 You went from music videos to ad films and theatre and it’s only now that you’ve got into films.

Films was something I didn’t really know how to get into.

I guess I just didn’t have it in me to go to directors’ offices and wait for hours or bump into them at parties and strike up conversations.

I believe that you have to let your first film find you. If you chase people and pester them to take you in their next film that just puts people off.

Next week: Nimrat Kaur: 'My mother was surprised that I had a little more than a two-minute scene in The Lunchbox!'