Srikanth Srinivasa says Kannada film Mynaa is worth a watch for those who are in love.

The story begins with the murder of Anirudh Desai, brother of Sanjay Desai, a politician. A special team is constituted to crack the case and Ashok Kumar (Sarath Kumar) is assigned the task helped by SI Geetha (Suman Ranganath) and other deputies of the police department.

Police nab Satyamurthy (Chetan) in a chase in Chennai and meanwhile politician Desai wants Satya to be killed. Satya narrates his story.

Satya meets Mynaa (Nithya Menen) in a train, and falls in love with her at once. Later, they move to Bangalore and tie the knot.

Satya gets falsely implicated in 34 murder cases despite getting involved in only one murder. What led him to murder the politician’s brother? What happens to their love story? This is what is revealed in the remaining part of the film.

The film is quite engaging. Yet, it gets a bit boring sometimes with some unwanted sequences such as the remix song Prema Pujari.

Sadhu Kokila’s background music sets the tone for the film.

This film is certainly Chetan’s best film so far. He has lived his role as a caring husband who loves his wife dearly in spite of her disability.

Nithya Menen is so endearing and refreshing to watch that she evokes laughter and makes you cry for her in the movie. Probably, that explains why the Telugu and Malayalam audiences like her so much. Sarath Kumar is good as the cop. Suman Ranganath looks surprisingly different and dashing in the police colours although her dance number could have been avoided.

Jassie Gift’s music is good with not too many songs. Satya Hegde’s camera work is splendid. He has captured nature at its best. The Doodhsagar Falls amidst the Western Ghats is a visual treat.

Though there are some unconvincing scenes, director Nagshekar needs to be commended for bettering his earlier venture and giving us an even more heart rending love story.

Mynaa is worth a watch for those who are in love and who believe in giving unconditional love to their partner. 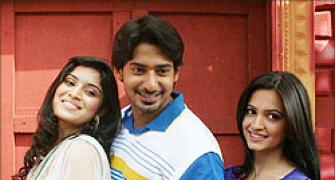 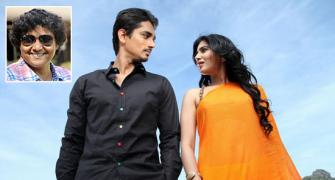 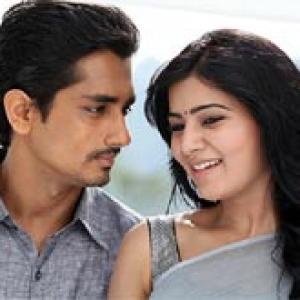 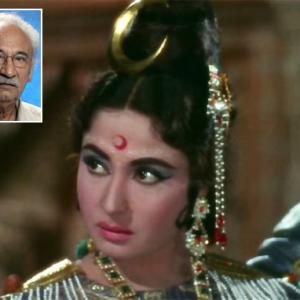 'Madhuri's features have not changed but she has aged'