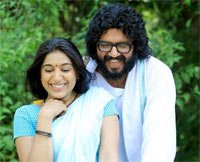 What is the cost, particularly in terms of human relationships, that one has to pay for being creative? Can one be divinely gifted yet fail as a human being?

These are the ideas writer-director P Balachandran explores in his new film Ivan Megharoopan.

Ivan Megharoopan is a creative interpretation of the life story of poet P Kunhiraman Nair. It follows the soul-searching of a renowned poet who knows that he has hurt people who cherished him and that may be the heavy price he has to pay to sustain the flow of poems from his pen.

The interplay of humour, irony, pathos, guilt and remorse makes the film interesting.

The film opens with K P Madhavan Nair (Prakash Bare) being felicitated for winning the Sahitya Akademi Award for his latest collection of poems. But the poet himself is perched on a tree outside the auditorium plucking leaves for a goat roaming below and gifting another bunch to the Hindi poet who has been invited as the chief guest.

Then he leaves from there in a huff to see the Hindi film Taj Mahal, which is playing in a theatre in the vicinity. There we see him scribbling something with intense concentration, not realising that he has been pushed out of the queue at the ticket window.

These scenes establish the maverick and unstable character of the protagonist. The director then moves on to tell his story in a non linear pattern, as if it is his memory at work.

Madhavan's father (played by V K Sreeraman), a rich man, was wise enough to understand and even appreciate his son's creative pursuits. He helps him start a magazine in the hope that it will put an end to his nomadic lifestyle.

He even approves his son's relationship with Saraswathi (Jayapriya), a poet in her own right, who had stopped writing. Slowly we come to know that Madhavan himself may have been responsible for thwarting Saraswathi's talent.

All this does not help to curb Madhavan's nomadic instincts or his polygamous nature. One of his excuses for leading such a life is his forgetfulness. He gets into formal relationships a few more times as these somehow nourish his writing at that moment.

Prakash Bare is the surprise package. He is flexible enough to play a deviant character with whom we can still empathise. His performance is equal to his co-stars be it Padmapriya or Jagathy Sreekumar.

The film makes us wonder how Rajeev Ravi missed the bus as the cameraman. Ivan Megharoopan deserved all the recognition that has come its way. 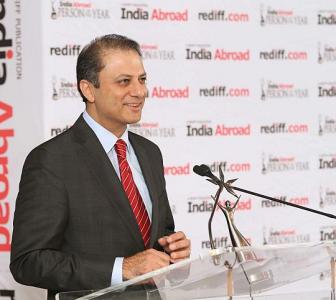 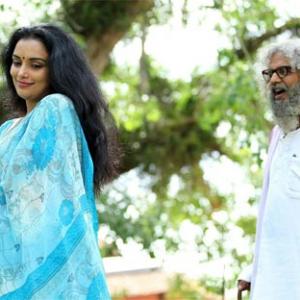 WATCH: The best videos of the week