What should be a cautionary tale on choosing your one-night stands with care becomes another lousy attempt to rehash the Dilwale Dulhania Le Jayenge formula by cooking up one implausible scenario after another, notes Sukanya Verma. Justifying a guy's wayward actions under the pretext of romance, whether the girl permits it or not, only to walk away with all the sympathy in the end is the ultimate warped male fantasy that finds wholehearted fulfilment in Kunal Deshmukh's Shiddat.

And so, what should be a cautionary tale on choosing your one-night stands with care becomes another lousy attempt to rehash the Dilwale Dulhania Le Jayenge formula by cooking up one implausible scenario after another.

Where a drunk Shah Rukh Khan in Om Shanti Om emphasised on 'shiddat' to explain how wanting someone really bad prompts the universe to do its magic, here it forms the premise for a man's obsessive pursuit of a fling.

Deshmukh's archaic ideas of love in a contemporary setting are as enthusiastic as his flimsy, far-fetched screenplay where a knee-high tea-seller grows up to become hockey player Jaggi (Sunny Kaushal), who spends all his time checking out and chasing a London-based swimmer Kartika (Radhika Madan) at a fancy sports complex.

Jaggi tries to take Kartika's pictures on a sly.

She retaliates by recording him in the buff.

Insisting there's no getting rid of the man, Jaggi volunteers to turn her Nemo into the Jaws shark.

They hang out in trendy attire, shake a leg to peppy tunes and sparks fly.

Hoity-toity parents from London pop up for the local contest and announce the ultimate fate of every wealthy Bollywood heroine -- marriage to some fellow moneybags in a couple of months.

Previously, a diplomat's (Mohit Raina) romantic reception speech to his new bride (Diana Penty) leaves a lasting impression on Jaggi inspiring him to go after Kartika and disrupt her wedding.

Doing things like a rational Romeo would wrap up Shiddat in no time, so Deshmukh takes the far-fetched route.

There's absolutely no reason why a seemingly valuable hockey player cannot procure a visa and has to sneak into another country illegally.

But Shiddat opts for over the top contrivances over coherent plot.

All sorts of stupidity occur along the way from India to France to England as illegal immigrants are befriended, the English Channel is attempted to be crossed, Sohni Mahiwal analogies are drawn and quick stopovers are made to shop for flowy gowns from stores.

Mohit Raina packs in heft and vigour as the accidental babysitter forced to help Jaggi following a bureaucratic glitch while dealing with his own marital discord.

But Shiddat is too wishy-washy to render it the body of a bromance.

Rather, it's an unabashedly inane movie wherein a high commission officer is reduced to a lowly document forger and Diana Penty's supposedly jhola bearing social worker could be confused for the editor of fashion magazine.

Radhika Madan may be the reason for all the ruckus, but her character is a puppet dancing around the filmmaker's whims.

Both her spunk and sentiment are disturbingly manipulated to bolster the hero's stature.

To her credit, she stutters through the confusion with conviction.

Sunny Kaushal has a disarming air, which makes him watchable. But it doesn't exempt him or the movie for propagating its ridiculous notions of love, modern or old-fashioned. 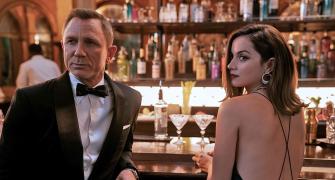 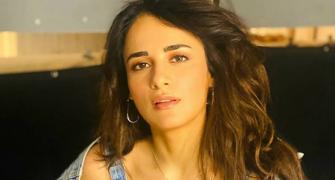 The Winking Star Is Dealing With Demons 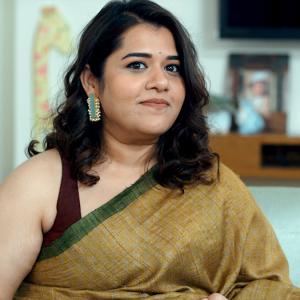