Shakeela is just not the kind of movie you would recommend to family and friends, notes Joginder Tuteja. Almost 10 years after Milan Luthria's The Dirty Picture comes another biopic on an actress associated with sex on the screen.

But Director Indrajeet Lankesh, who helms Shakeela, is no Milan Luthria, who brought in enough 'Entertainment, Entertainment and Entertainment' in the world created by Vidya Balan.

There is no novelty in Shakeela either.

It's the same story of a woman making her rise to the top despite the presence of a reigning male superstar (there, it was Naseeruddin Shah, here, it is Pankaj Tripathi).

Despite a subject which is risqué, one still looks for some finesse in the narrative. Not that Shakeela is a B-grade version. But the kind of hardcore entertainment that The Dirty Picture brought in -- despite the ample display of cleavage -- is missing here.

Thankfully, the film is not a complete downer though and can be given a dekko.

The childhood portions of Shakeela catch your attention. In some ways, you are reminded of Ramya Krishnan's Web series Queen that released in 2019.

Of course, that told the story of a young woman who became a top actress in mainstream cinema and moved on to politics. Here, it's a journey into the R-rated zone for the young woman.

How one wishes that this film offered clap-worthy scenes, or even those that shock you.

All that is far and few, though whenever Richa Chadha and Pankaj Tripathi come face to face, you like what the film has to offer. That, of course, has to do with their acting skills.

If that's any consolation, Shakeela is better than the another Richa Chadha starrer with a similar premise, Cabare..

Shakeela is not unbearable, it's just not the kind of movie you would recommend to family and friends. 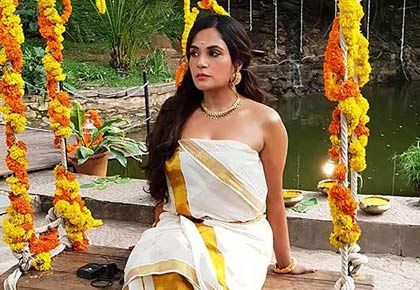 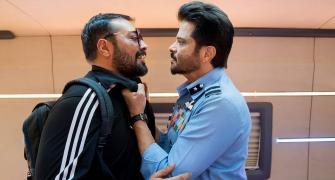