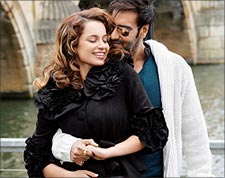 Shaikh Ayaz writes Tezz lives up to its title.

Illegal immigration is the take-off point for Priyadarshan's Tezz. But that's just the subtext.

In truth, the film is full of Hollywood-style car chases amidst a long-running game of cat and mouse between Anil Kapoor and Ajay Devgn.

Aakash (Devgn) is an engineer who runs his own firm, Global Services in London but is deported to India for violating immigration laws.

His protégé Aadil (Zayed Khan) and his foster sister Megha (Sameera Reddy) are also there without proper visa and work permit. Aakash helps them escape when the immigrant officers clamp down on the Global Services office.

When Aakash returns to London after four years, instead of looking for his family, wife Nikita (Kangna) and his son, he plants a bomb on a London-Glasgow train. Aadil and Megha are his partners in crime. He demands a ransom of  10 million and the English government agrees.

A spiffy officer Arjun Khanna (Kapoor) is called back from his retirement to look into the case. Early on, he is described as an officer with the charms of a "statesman and filmstar." 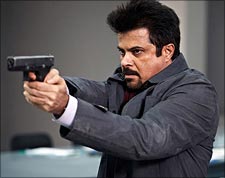 But his law enforcement tactics and his constant run-ins with superior authorities make him a poor copy of Dirty Harry. To emphasise this point, there appears a mysterious officer every time the cops slip up to caution Khanna that he must listen to the authorities and not pander to his personal ideas of criminal justice. He also accuses him of colluding with the bomber just because both are Indians.

At a flashpoint, a seething Khanna launches into the oft-repeated argument of how an entire country has to pay for the crimes of a few individuals. This kind of sentimentality could have been best avoided because the film is not, by any logic, a serious film on terrorism.

The reasons and events that turn Aakash into a criminal are childish, to put it mildly. He is not a wronged man as he claims to be (he is fighting for his rights, he tells Khanna in the climax, which is such a spurious idea, really). If you discount such serious flaws and judge it purely on its entertainment quality, there is enough movement in the narrative and to Priyadarshan's credit, he ensures the momentum doesn't drop.

He is lucky to have a splendid pool of actors and they all, including Boman Irani as a control room in-charge, do a fairly good job.

Mohanlal's talent is utterly wasted but every time he is in the frame, he oozes dignity and grace.

Tezz is fast and lives up to its title, but it is also its title that gives away its source -- Jan de Bont's 1994 thriller Speed. That was an excellent film and though Tezz may not be as good as that, it doesn't make too many demands on your time. And that's not such a bad thing at all. 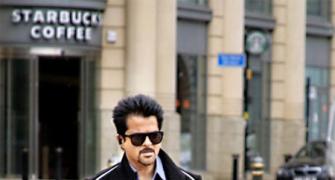 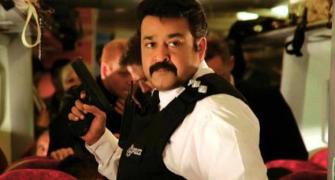 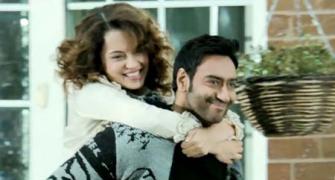 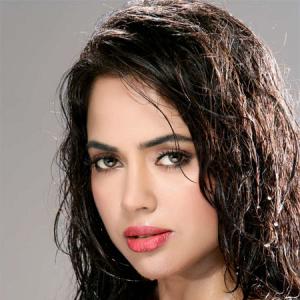