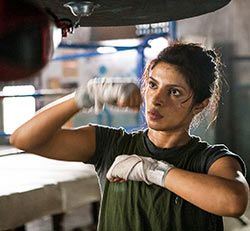 Look at it from any angle and it's an inspiring story of an individual overcoming a series of odds to triumph.

Hailing from an underprivileged background of India's most neglected regions, wanting to excel in a sport considered inappropriate for women by her prejudiced surrounding, trying to succeed in a world full of discrimination, juggling motherhood with a physically demanding career -- Indian boxing champion Mangte Chungneijang Mary Kom's achievements are so big; anyone trying to emulate her is bound to appear significant.

Pretty much what Priyanka Chopra and her debutant director Omung Kumar aim for with this calculated biopic, Mary Kom.

Taking dramatic liberties with real life personalities is a given in the genre.

And so the stylish slow-motion frames and an adrenalin pumping background score playing against Chopra's striking training sessions at scenic landscapes I was prepared for and willing to put up with.

But its continuous onslaught of a fabricated accent, since there's nothing like Manipuri Hindi and inflated responses reduces a genuinely poignant premise into a run-of-the-mill exercise.

If you are a religious movie buff, you will instinctively see through the soul of a script, its motivations. Mary Kom, the film, is so consumed by its greed for greatness that it completely misses the point.

When making a film about someone who's given the nation and its people numerous occasions to feel proud of, the purpose of telling her story should be to acquaint us with her intimately, the struggler behind the sports star, Omung Kumar manages it only superficially.

As commendable her physical transformation is, Chopra fails to bring forth the person within.

In the beginning, she's overtly high-strung, almost a madder version of Sweety Bhope, as if unable to contain her excitement over what she would hope to be the "Mother India of her career."

It's distracting on screen and it muddles her performance.

There's a scene where Mary returns to her village after a victorious tournament and joins in a folk dance organised in her honor.

Far from a local in her comfort zone, her body language is that of poised dignitary on a diplomatic visit.

She's better at translating the maternal facet of Mary Kom -- the scene where she learns about her son's surgery involves no words or theatrics but renders more heft than her clumsily executed fits of rage.

The spirited actress needed a more self-assured filmmaker than first-timer Omung Kumar and a script more disciplined and upfront than Saiwyn Quadras's to amaze.

Instead what you get is the usual clichés -- estranged father watches a match daughter wins; the opponent is always a surly-faced dragon, the heroine has to stand up to an oversized villain to prove she's got what it takes, in this case a Ghajini-inspired wrestler and that humiliating apology scene with an annoying fella on the selection committee reeks of a sensibility synonymous with 1990s action flicks.

Mary Kom half-heartedly depicts the boxer's relationship with her parents, spouse (Darshan Kumar does well as the benevolent better half), coach, federation and colleagues but one never gets a sense of what goes on in her mind or theirs.

The second half gets a tad more personal when Mary finds it hard to let go of her illustrious career and nurse her twin sons while seeking a job -- her frustration at constantly feeding the babies -- "am I some dairy farm?" is heartfelt and one of the few occasions when the film lets its guard down but turns priggish moments later.

I would have liked to see more of her incredible multitasking skills and hear her speak about the bias she faces because she's from North East.

I would have liked to see more of Manipur's lovely lifestyle and culture, the darkness that overshadows it and how these blessings and obstacles shaped her personality.

I would have liked if the film didn't so shamelessly exploit my patriotic sentiments to afford it respect in its final scene. I would have liked something much more than this mediocre account of a magnificent reality.

Sukanya Verma/Rediff.com in Mumbai
SHARE THIS STORYCOMMENT
Print this article 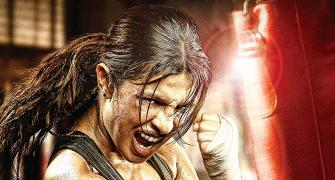 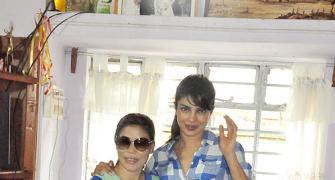 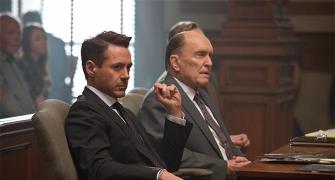 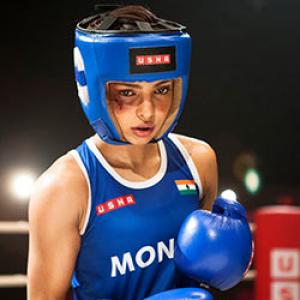 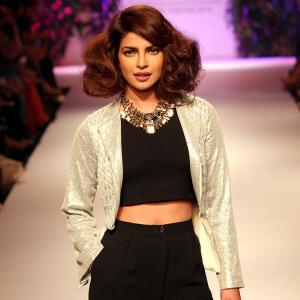