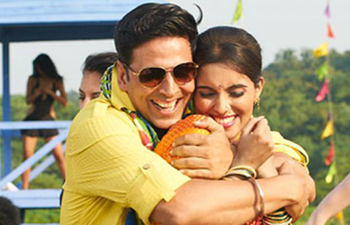 Shubir Rishi feels Khiladi 786 is a wannabe funny movie, an assault on our collective intellect.

Disclaimer: The writer of this review has been brought up on a constant diet of bad-good movies such as Gunda, Clerk, Saawariya and Main Prem Ki Deewani Hoon, and his patience for such movies is limitless.

BUT I have also lost count of the number of times I have wanted to run away, or close my eyes and wished the movie was finished.

The last such movie was unfortunately another Akshay Kumar starrer called Joker. These movies come under a category called SO-bad-I-want-to-be-The-Punisher.

Khiladi 786 is another such movie.

The opening credits are followed by Akshay making his entry by crushing a jeep full of rag doll-shaped goons, who fly over his head without breaking a sweat, and with Akshay looking you in the eye in a way that conveys that he is constipated.

Himesh Reshammiya makes a comeback after something called Damadamm! (which I have the misfortune of not watching yet) as Mansukh, son of Champaklal.

He is the failure son of the successful match-maker (Manoj Joshi, consistently convincing), and is thrown out of the house after an embarrassing gaffe. So he is desperate to make ONE match, and oh well.

Himesh is not-so-delightfully BAD. His constant morose look only makes one wince, and is oft-repeated. He tries to inexplicably imitate Jackie Shroff when he speaks Bambaiya, and his hair transplants seem to float above his head and need gentle combing.

Sorry, Himesbhai, but I did have a blast while watching Aap Kaa Surroor. To his credit though, he does make fun of himself a few times in the movie, which was appreciated.

Next, we are subjected to Akshay crashing his jeep in a cowshed; declaring...er, Khiladi is back and dismissing some 400 goons faster that Superman AND Flash put together, and his extremely gummy grin disappears in his eyebrows.

We are also made to understand why the movie is titled 786. Well, Akshay has that number scrawled on his right palm with a ball pen. Oh sorry. And oh, he is called Bahattar Singh (Yes, the number 72 Singh)

We are also introduced to his family of con-cops -- Sattar Singh (Raj Babbar, father, and yes, his left eye STILL goes squinty when he is emotional) and Ikhattar Singh (Mukesh Rishi, uncle, with a BAD Afro, and stick-on sideburns -- yes, you can see the gum).

The rest of the family includes a Canadian, who is Sattar's wife (and someone who genuinely loves everything Punjabi), a northeastern model who is passed off as Chinese (Cyndy Khojol, who is actually from Manipur. Yeah, well), and a grandma who is of African origin, and that somehow explains Ikhattar's Afro.

Of course, all of their names end with a Kaur, and they understand the everyday, you know, daily rural life.

Enter Indu Tendulkar (Asin, pretty, and with an annoying smirk), a supposedly firebrand sister to a notorious don (Mithun Chakraborty, with a visibly stick-on moustache and who quickly looses his Maharashtrian accent, and with a bunch of insipidly-comic goons), who is apparently unmarriageable.

She is inexplicably in love with someone called Azaad (Rahul Singh, why?) whose is lodged at the Central Jail which is logically located on Marine Drive (since most of the movie seems to be shot in that general area).

One thing leads to another and the Singh family and a bunch of first-timer Sardar actors (who unabashedly look in the camera, cue be damned) land in Mumbai in a very colourful truck all the way from Punjab so that the Khiladi can get his khiladin.

With Himeshbhai at the helm with a spontaneously-delightful Apple Singh (Sanjai Mishra, the ONLY comic relief in the entire ordeal).

Debutant director Ashish R Mohan does try, but everything becomes dim and dull because of a really weak script, with unacceptable dialogues which are constantly in bad taste, and a single-finger synthesiser which is utilised for filling in as background score.

This is no Rowdy Rathore, folks, this is just a gimmick. True, they did infuse it with a lot of other delightful innuendos, and some reference to comic books, but at the same time, ruined with unclever lines and expectant looks.

This is a wannabe funny movie, an assault on our collective intellect. 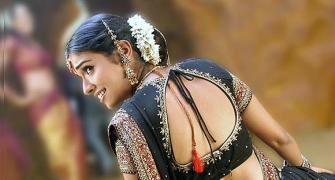 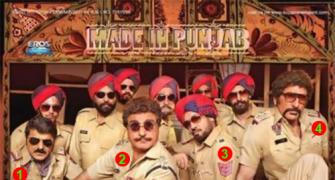 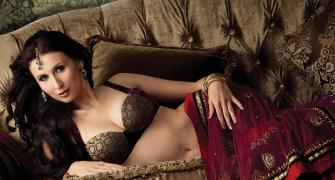 'I didn't know there was a Bollywood dancer in me!' 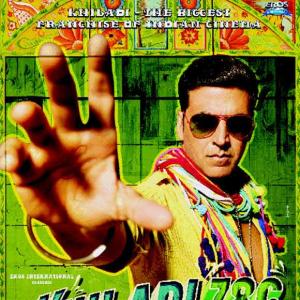 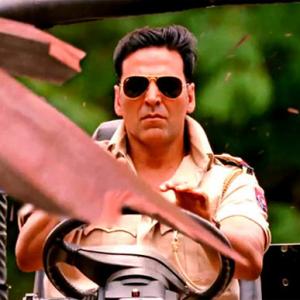 Akshay: Stopped doing Khiladi films because I got married