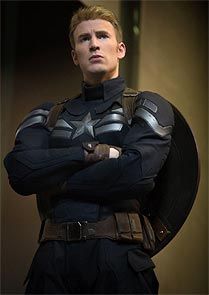 'This is the first of (ideally) many superhero films that will appeal to those who aren't already besotted by the comics and the characters,' says Raja Sen after watching Captain America.

The path of the righteous man is beset by….

Dullness, honestly. At least on screen.

We aren't used to heroes being as apple-pie awesome as their four-colour prints may have been back in the day, and it's getting increasingly hard to digest superheroes beyond reproach; we'd rather have psychopathic knights and sarcastic tin men saving our worlds, armoured against vulnerability and naïveté, their sincerity safeguarded by wisecracks.

Thus it's hard to fit a definitively old-school hero like Captain America -- a WW2 supersoldier who used to sock Hitler in the jaw (and who looks every bit Adolf's Aryan ideal) -- into our current blockbuster backlot, and I doubt many disagree that Cap was the weakest character in that rousing, barnstorming Avengers movie. (No, obviously Hawkeye doesn't count.)

Much applause, then, to director brothers and sitcom-crafters Anthony and Joe Russo, who take this new Captain America film and, while keeping it all bright and comicbooky, throw out the trappings of the superhero movie genre (trappings that bore down quite gratingly on the first Cap America film) and give us instead a trust-no-one spy thriller, a conspiratorial adventure with secrets and lies, a film more in the vein of Bourne and Bond.

With superhero movies having gone from novelty to main course and at least three biggies a year, it's little surprise that some will try and break out of the genre.

Last year's Wolverine excursion was a boring attempt at an anti-superhero movie, for example, but Winter Soldier's crossover from a typical men-in-capes actioner to a somewhat political thriller is genuinely sharp and engaging.

This is the first of (ideally) many superhero films that will appeal to those who aren't already besotted by the comics and the characters.

And thus we have the Captain, Steve Rogers, sprinting impossibly quick around the Washington Memorial, a soldier trying to catch up with a world that has moved far beyond his understanding.

As Nick Fury -- the eyepatched director of the all-too-powerful S.H.I.E.L.D initiative -- tells the Captain while laying out a plan to watch the world through invisible crosshairs, it's best

to be safe and eliminate a threat while it is still just that.

Yet 'safe' isn't the word that pops to mind when Fury, in one of the film's standout action sequences, finds his van suffocated by deadly cop cars and a Corleonesque rainstorm of bullets.

This is a film with decidedly long but positively gripping action sequences, delightfully coherent and lucid setpieces that -- unlike the superhero norm of gods wreaking havoc on cities and physics -- play out almost like vintage duels.

Fury's gizmos conk out, Cap just has his ricocheting shield, and while there is indeed a great character who can fly, he's made up for by those like Batroc and the Black Widow who are masters of the hand-to-hand (and boot-to-face, to be fair) schools of combat. En garde!

Speaking of Black Widow, that svelte super-spy now talks as saucily as she strides, clearly a S.H.I.E.L.D agent who has spent too much time around Tony Stark. Scarlett Johansson captures the black-clad femme fatale brilliantly, with an easy, almost-casual sexual edge, as she enjoys revving up Cap's engines.

Wicked, cheeky and strategically worded, her lines are the best in the film, and Johansson makes the case for a standalone Black Widow movie more strongly than ever.

Chris Evans, meanwhile, is excellent as Captain America, the actor looking almost exaggeratedly good -- an Apple Store Genius calls him a "specimen" -- and mouthing lines even good-er, but he plays his sincerity on his sleeve and, thanks to his willingness to take on the increasingly dubious system, turns into a fugitive worth rooting for.

He's a good guy and all, but he's literally been created to take charge, and at one point when he actually tells Fury how the game must be played, it's clear he shines best when holding the reins. Oh Captain, our Captain.

Samuel L Jackson, of course, is the biggest, baddest badass playing a character who may well be carrying a wallet with profanity engraved into it, and he's made Fury's eyepatch his own. He's a striking performer, matched in this film only by the one and only Robert Redford, playing an old S.H.I.E.L.D buddy and deliciously mouthing barely-diplomatic thoughts.

Casting the legend is such a masterstroke; his long-winded lines are delivered as eloquently as in Lions For Lambs, while his very presence evokes Three Days In The Condor.

All in all, this is a crackling ride -- and one helluva Chevrolet commercial, it must be said.

It's genuinely surprising, it's just jingoistic enough to not hurt, it moves the Marvel cinematic universe forward a great deal, it has a solid ensemble cast, it has many an in-joke (Community fans who prefer Troy over Abed might learn that the biggest lesson is to stay in school) and it finally gives us a Captain America worth celebrating. 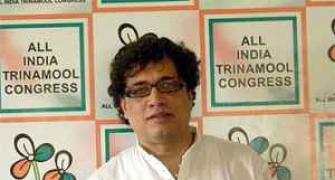 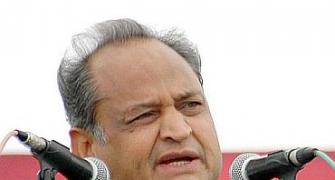 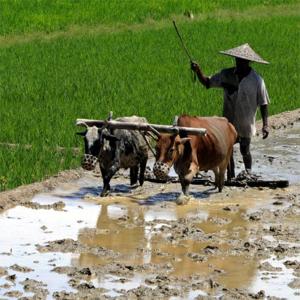