News
Business
Movies
Sports
Cricket
Get Ahead
Money Tips
Shopping
Sign in  |  Create a Rediffmail account
Rediff.com  » Movies » Review: Bol is superlative with a larger message for the society

Review: Bol is superlative with a larger message for the society 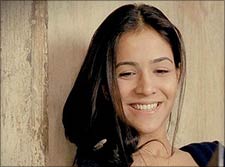 Shaikh Ayaz feels Shoaib Mansoor's new film tears open the dichotomies and contradictions that make Pakistan what it is. Post YOUR reviews here!

Speak up- that was the theme of Faiz's revolutionary poem advocating the timeless need to stand up and speak the truth. He said that, not only for the Pakistani maashra (society) overlaid with its dichotomies and contradictions that more or less make most societies today but also for the rest of the world, in any place where injustice and exploitation thrives. Shoaib Mansoor's new film, Bol, has its roots in the much-cherished Faizian tradition of fearlessness in speaking up (though at one point, Mansoor gets his elderly character to quote a Ghalib instead)  not one's sentiments but views that are larger than oneself, something that can transcend the realm of personal to social. It is in this journey of personal circumstances that lay the film's utmost convictions.

Above all else, Bol must be viewed within an Islamic context because although Mansoor deals with the pressing issues of his time, particularly of his own society which he deems his fundamental right to tear open for scrutiny, the film's foremost motif is Pakistan itself and Pakistan can never be spoken of without its background as a Muslim state. Mansoor takes head-on all major controversial topics and when you watch the film, the question that plays on your mind is - is Mansoor speaking on behalf of his country or is this, an entirely personal vision enlisting his private opinions and interpretations of the Islamic framework within which this film is set?

The first few moments of Bol predominantly point to one constant accusation against Muslims - the demographic aggression, which is inverted here in the sense the Hakim (Manzar Sehbai) has been "cursed" with daughters and his desire for a male child only adds to the numbers. When his eldest daughter Zainab (Humaima Malik) questions him on why he didn't exercise birth control, why have so many mouths to feed and what religious purpose does it serve to have babies, "chaahe woh gadhe hi kyun na ho" to ensure Prophet's ummah (community) overpowers all else, the Hakim reminds her that his father had eleven kids and they survived. It is the ease with which Muslims use the word 'survive' that Mansoor trains his critical eye on. The fact is, it is the poor who have to 'survive'  families like the Hakim's with meagre income  not the rich. I have a friend at Agripada whose father has eleven kids, all studied in the same school and I don't know of a single instance when that man had missed their school fee. He runs a prosperous scraps business and probably can afford to produce more babies if he wishes but the larger point is that for the poor, more kids mean more responsibilities but for the rich, it's a matter of how much less will you pocket from the inheritance when split up eleven ways.

Measured against Khuda Kay Liye, Bol is an equally superlative piece of work but finds itself susceptible to didacticism at some places. Scenes like the one in which the Hakim and his wife literally wash the notes earned from what they think is forbidden means takes away from the emotional prowess that Mansoor invests otherwise. The best moments occur between the Hakim and his courtesan wife, Meena (Pakistan's allusion to Bollywood was kind of expected) with whom he has entered into a bizarre, albeit surreptitious, marriage that serves as a crevice through which Mansoor takes us into a society threatening to burst out.

Well-meaning as it, Bol complements its radical audacity with an optimistic ending, after having compressed in its narrative themes of women's emancipation, poverty, homosexuality, music (especially as means to connect people), conflict between sects and somewhere an unspoken hope for laicism.

To fully appreciate Bol is to firstly be familiar with somewhat basic understanding of Islam, Urdu and Pakistan's history but to understand its larger message you don't need to know any of the above. 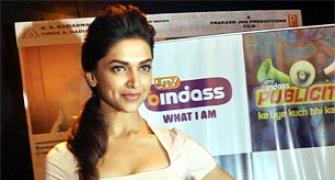 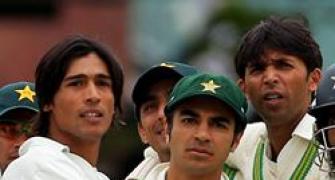