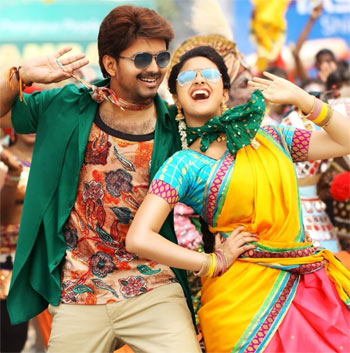 Bairavaa is designed to cater to Vijay’s fans and his political aspirations and the actor uses every opportunity to dole out strong social messages, feels S Saraswathi.

After the super success of Theri, the highest grossing film of 2016, Vijay returns with yet another commercial potboiler called Bairavaa.

The film is directed by Bharathan, who had roped in Vijay for his debut film Azhagiya Tamil Magan.

But despite being loaded with whistle-worthy dialogues and high octane action, the film is unbearably long and uninspiring.

The narrative meanders aimlessly in the first half, with the regular boy-meets-girl and falls in love routine, coupled with drab comedy, an emotional flashback and a couple of songs.

When Bairavaa realises that Malarvizhi is embroiled in a bitter legal battle with the corrupt chairman of her medical college, he promptly becomes her knight in shining armour.

He accompanies her to her hometown in Tirunelveli to meet real estate tycoon Periyakannu (Jagapati Babu), who is the town’s biggest bully.

Periyakannu owns most of the business establishments and educational institutions in Tirunelveli. He and his accomplice Kottaiveeran (Daniel Balaji) rule the town with an iron hand.

His medical college is a sham with no facilities and Malarvizhi and her friends, who have paid a lot of money for their seats, are fighting for their rights. The flashback shows the rape and death of Malarvizhi’s friend Vaishali (Aparna Vinod), another student, who has sold her home to get a seat in the college.

The second half is all about how Bairavaa predictably destroys Periyakannu.

The director attempts to highlight corruption in medical colleges and the plight of students, who have no assurances even after shelling out huge sums of money for a seat. But the plot is lost in the director’s over enthusiasm to portray Vijay as an all-powerful Messiah.

There are plenty of mass moments in the film and Vijay is full of energy lending much credibility to the over-the-top dialogues and unbelievable stunt sequences. His new hairstyle, however, does seem strange and his comedy and romance is surprisingly drab.

Keerthy Suresh remains expressionless for most part but Jagapati Babu and Daniel play their parts as antagonists. Thambi Ramaiah, who appears briefly as Keerthy Suresh's uncle, evokes some laughs. Sathish as Vijay’s sidekick is tiresome.

The background score by Santhosh Narayanan is exciting, but except for the Varlaam Vaarlam Vaa number, none of the songs stand out.

The film is designed to cater to Vijay’s fans and his political aspirations and the actor uses every opportunity to dole out strong social messages. Bairavaa is strictly for his fans. 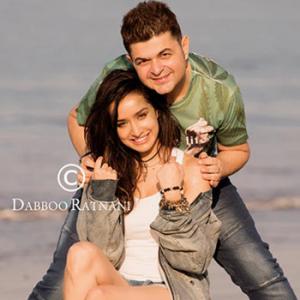 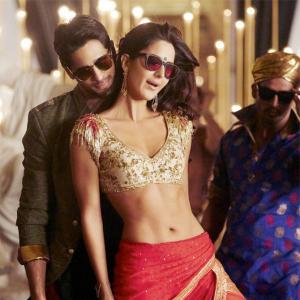