'Oddly enough, everything Raazi cannot explain or put a finger on, it glosses over in the name of patriotism or watan-love; glorifying thereby the very sentiment it had set out to mock.'
'This is the unique tragedy of the film: it becomes less of a counterpoint to pseudo-patriotism and more of a companion piece,' says Sreehari Nair. 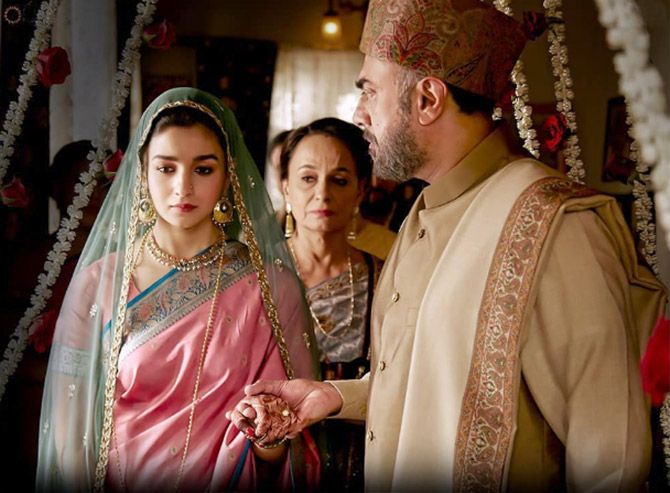 The intelligence agents in Meghna Gulzar's Raazi demonstrate exactly what the cops in her eerily effective propaganda film Talvar had demonstrated: Bureaucracy and its dehumanising effects.

Incompetent cops have turned into super-efficient spies, but the disease has passed on. Isn't that heartbreaking?

Since most of us don't know any spies personally (although, once in a while, a friend would confess that his uncle from Nagercoil was a R&AW agent and that his old Samsonite briefcase contained classified information), we rely on movies and books to bring us their news.

And the news is that these spies are men and women so steeped in 'dark bureaucratic & national truths' that they have lost the ability to function fully as human beings.

Raazi, it seems, is about a spy who tried to function as a human being and paid the price.

Make way for some solemnity.

For this is one of the most self-important films of the year -- and, a film that I am afraid, many would judge as 'important.'

We are shown for 140 minutes how Sehmat (Alia Bhatt) suffered, perched dangerously between patriotism and love.

Poor Sehmat. However, in documenting this suffering, Raazi's narrative totally bypasses the issue of Sehmat's self-worth.

Self-worth can interfere with sugarcoated lines like: "Sehmat was a girl, who, in her love for her country, crossed all limits."

So when Sehmat's father Hidayat (Rajit Kapoor), a double-double agent (he's an Indian agent who 'acts' as a Pakistani agent trading not-so-valuable intelligence for access to more critical Pakistani military secrets), decides over Badaam Sharbat that his only daughter must marry into a Pakistani army family and plant herself as an Indian mole, we are supposed to take all that as a sign of his eternal patriotism.

And when Sehmat agrees to execute Hidayat's plan (at one point he drops the plan, but she picks it up), we are supposed to connect this to the fact that she has his blood running through her.

This is pure Kunal Kohli stuff and scriptwriter Bhavani Iyer will offer us the intelligence of agents only if we surrender our own intelligence first.

Harinder Sikka whose Calling Sehmat is the source of this turgid tale claims to have based his book on a true story, but he doesn't reveal the real names of anybody involved.

Now, if the real Sehmat had indeed told Sikka this story, she, like any normal mortal, clearly saw her life in pure heroic terms; which means she hides from us her beginner's apprehensions, her own sense of her weaknesses, and her minor shames.

On the other hand, if Harinder Sikka has fictionalised the story substantially more than he admits to, then this just happens to be bad fiction because it oozes sentimentality and blunts our sense of reality.

Highly dubious non-fiction or bad fiction, Meghna Gulzar and Bhavani Iyer get straight to the point and the first one hour is a ragbag: Patriotic father sends fearless daughter to pockmarked Khalid Mir (Jaideep Ahlawat) -- a R&AW agent -- to get her ready for spying.

The year is 1971 and Pakistanis are planning a covert attack on India and Khalid Mir wants Sehmat to keep her eyes and ears open, and if she doesn't, he will fling objects at her, to which she will go "Ouch you Grouch"!

Ahlawat is a natural, fluid actor and his stiffness here feels like a stunt. Both Mir's character and the actor's approach are tiresome and all I could think was, "Here's a tough schoolmaster trying to get Alia Bhatt to focus."

Plus, it doesn't help that Bhatt, who is at her best when she doesn't seem 'quite there in the moment' (her dazedness is actually a big part of Alia Bhatt's charm), gets to play a spy -- which forces her to restrain the freeness that otherwise makes her so endearing.

As Sehmat, Bhatt here spends most of her screen time wiring the house of the Pakistani army-man she's married off to, or smiling a surreptitious smile, or escaping getting caught.

It doesn't help that her character is a living sun: Obedient child, master memoriser, and a saviour of computer-generated squirrels. (Is this how the real Sehmat saw herself?)

And then, Bhavani Iyer gives Sehmat's friend a line that wants to pat itself for building contrasts. "Sehmat faints at the sight of blood," says the friend.

Toward the closing moments, as if realising that her star hadn't been offered any opportunity to showcase her acting-chops, only a lot of running around and speaking in code languages, Meghna Gulzar makes Bhatt wail to the camera and ask in a disillusioned tone: "Why?"

And noses were blown in the theatre. All this, to a background score, which operates like a laugh track on TV.

The movie has its good points.

The Pakistanis aren't written for villainy. When a Pakistani general talks of India as enemy, it's not a glowering baddie making a speech to throw you off, but just an army-man concerned about safeguarding his own borders.

I also enjoyed the schlock in the spying sections -- all the code languages, and the decoding, and the pulp-river of intelligence that runs through echelons and through faces whose names you cannot trust.

When Sehmat, as the new bride, sends a test message from Pakistan, it reads: "My cheeks are hurting from the non-stop smiling." And you smile to that.

Both Harinder Sikka and Gulzar-Iyer have sensibilities closer to authors of best-selling novels than to artists. So while there's a constant thrust to moving the plot forward, absolutely no energy is spent on creating a sense of place, or believable, three-dimensional characters.

I said the Pakistanis aren't written for villainy, but most of them are also over-softened.

Vicky Kaushal, as the jazz-listening Iqbal, Sehmat's Pakistani hubby, is perhaps a spiritual son of Palash Sen's character from Meghna Gulzar's own Filhaal: Maybe 'The Vamps' sang 'Wake up' just for characters like these two.

It's a pity that one cannot sense in Iqbal any toughness or shrewdness that ought to have come with his uniform. And even if one were to accept the character without questions, one gets no real sense of the tensions that may exist in a household that has a soft-heart like Iqbal at one end and towering men like his father and his brother, at the other.

It's as if, under the weight of Sehmat's mission, almost everyone else just stopped living!

Raazi is a movie that wants to say and do all the right things -- like a model high school student's version of a motion picture. However, this earnestness gets cancelled in the corrosive world that the movie is set in: This is a movie not ready to tackle its own world.

Oddly enough, everything Raazi cannot explain or put a finger on, it glosses over in the name of patriotism or watan-love; glorifying thereby the very sentiment it had set out to mock.

This is the unique tragedy of the film: it becomes less of a counterpoint to pseudo-patriotism and more of a companion piece. 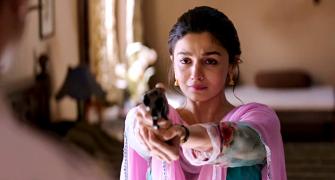 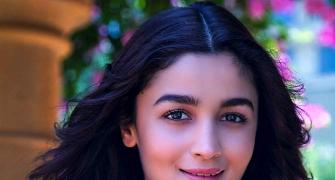 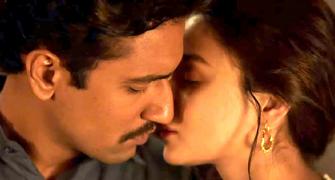 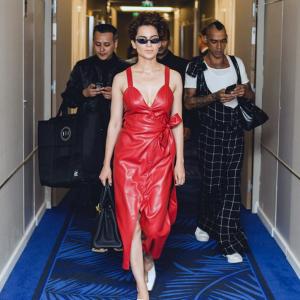 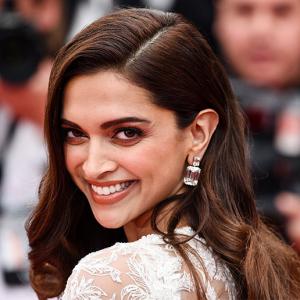