Panga's slice of life makes up for in its gentle depiction of everyday struggles and pleasantries, lending it a consistently warm fuzzy feeling, feels Sukanya Verma. 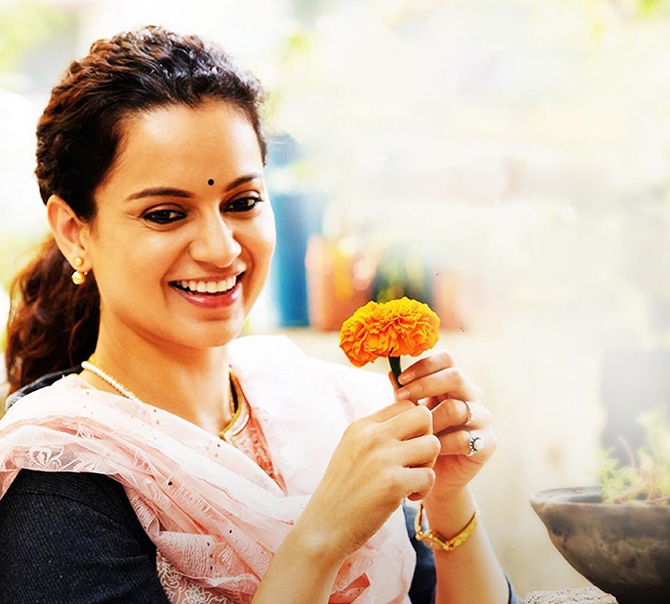 'I'd like to thank my family' is an oft-heard line in a winner's speech.

Director Ashwiny Iyer Tiwari's sweet and sunny Panga is a paean to the sentiment.

It's also about a woman wanting to feel joy in her existence outside the roles and responsibilities she is conditioned to believe are hers alone and discover how challenging the pursuit of dreams can be even if one enjoys a solid support system.

A 32-year-old, out-of-practice, kabaddi player on a comeback trail is the soaring bird and her husband and son are the wind beneath her wings.

Though it is set in Bhopal, none of the small town cliches come into play and impose themselves for setting or seasoning.

Between packing tiffins for her spouse and son and punching tickets in her boring railways job, Jaya Nigam (Kangana Ranaut) has lost her distinction as India's star kabbadi player.

At the peak of her career, she got pregnant and voluntarily retired to raise her boy whose low immunity is a source of her incessant panic and excessive concern.

Years later when her family rekindles her passion for the game, an overpowering impulse to return is revived. She is rusty but raring to go.

Although it's anybody's guess as to where it is all headed, I happily lapped up the modest charms and feel-good fervour of Iyer Tiwari's affectionate view of relationships and ambition.

Our movies aren't too kind to women who wish for more out of life. Either they will cast aspersions on her capabilities by tilting all sympathy in the man's favour like Akele Hum Akele Tum or simply sacrifice her spirit to facilitate her significant other’s redemption like they did in Sultan.

Panga not only has the wisdom to encourage Jaya, but shows genuine regard for her feelings.

Immediately after Jaya's outburst ('Sabko samajhne ki zimmedari sirf meri hai?'), her husband Prashant (Jassie Gill) enlightens their oblivious son, 'You only know what she is, I know what she used to be.'

Few Hindi film husbands have the grace to admit to their wife's stature let alone acknowledge her sacrifices.

Prashant is simple, sensitive and supportive -- the kind who gets his butt walloped in sleep, texts 'missing you Ladoo' and quickly adds 'but so proud' so that there's no guilt or offers to be on the school moms's WhatsApp group in his wife's absence.

Jassie Gill is wonderfully real and restrained as the cooperative better half, seldom vocal yet perfectly human in how he copes outside his comfort zone.

He never allows his character to appear high-minded for doing the right thing or as Sanjay Mishra in Newton would say 'imandaari ka ghamand.'

Neither is Kangana Ranaut some overwrought, overexuberant siren bullying him under her command.

Sure, she'll test his domestic know how every now and then and nag her son with her list of do's and don'ts but she’s a grounded, gentle and friendly being fully aware of her strengths and weaknesses.

Ranaut is remarkably radiant in her portrayal of the same. Be it her fizzy interactions with the smarty pants son Yagna Bhasin (reminded me of Manny in Modern Family), lived-in chemistry with best friend Richa Chaddha (ever the cool cat), endearing banter with mom Neena Gupta (delightful), effortless intimacy around Gill or display of sportswoman swiftness, there's plenty to thumbs up.

Barring for a grouchy boss in the beginning and snappish skipper towards the end, Jaya doesn't have too many prickly thorns in her path.

What it lacks in depth or surprise, Panga's slice of life makes up for in its gentle depiction of everyday struggles and pleasantries, lending it a consistently warm fuzzy feeling.

There are bad days too.

Refusing to limit itself as an underdog athlete's triumph of spirit, Panga pauses to rue, if only for a moment, on how some decisions, no matter how happy or proud they make us, can be tough to stick to. But a flash of cheer and all the irritation and doubts vanish.

Panga doesn't preen in idealism as much as surround itself with positivity and decency.

Shreds of cynicism appear in the politically-motivated decision making behind Jaya's selection by the kabaddi federation and the ageist mindset of a society that deems every woman who is married or mother as over the hill.

What lingers on are the little, lovely details in Iyer Tiwari and co-writer Nikhil Mehrotra's portrayal of Jaya's experiences.

The post dinner strolls she takes with her husband, the smiley faces she slips in her son's dabba, the absence of jaggery in mom-made ladoos, the carrying on of tradition by reprimanding your kid using the exact same phrase as her mother, the lightening up of her face on learning her son wants to take part in a sport's day race, the excitement of knowing your mother saw your game on a good day at any age more precious than panga this. 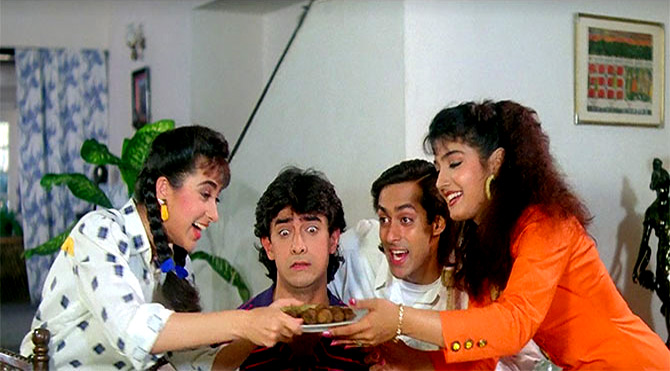 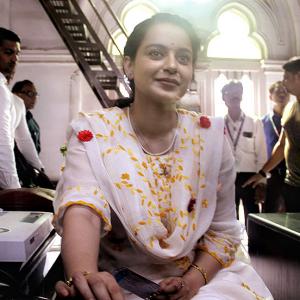