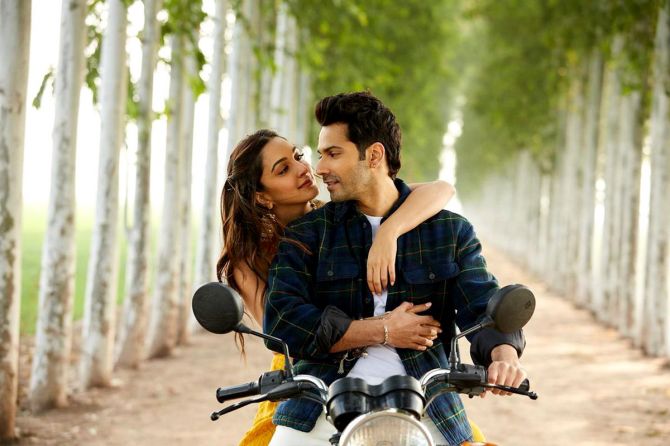 Reconciliation is the lifeline of escapist cinema.

Whether it's adultery, bigamy or breakups, no problem is deemed irresolvable enough to deny the audience an uplifting, reassuring mood. And the only way to achieve that is by burying the biting facts of life under heaps of humour.

Jokes come in good supply in JugJugg Jeeyo where divorce is more trivial than taboo and the complications of unhappily married life are treated with such dizzying glamour and abandoned wit, you'll forget what the fuss is about.

Director Raj Mehta emulates the brand of farce and pandemonium that accompanied Govinda and KadAr Khan's classic wisecracking when caught in a pickle.

No matter how deep a deceit ran or how convoluted an issue, everybody burst into song and dance, had a hearty laugh (often at another's expense), learned a lesson or two and all's well that ended well in its cheerfully packaged scenario.

Here too, dysfunctional Punjabi family fervour is at its peak as a father and son's awkwardly coinciding decision to end their respective marriages against the backdrop of a family wedding ensues in comic chaos.

From lovestruck childhood sweethearts in Patiala to icy vibes sharing-couple in Canada, it looks like Game Over for Kuku (Varun Dhawan) and Naina's (Kiara Advani) marriage.

She is successful, he is not.

He wants attention, she wants acknowledgement.

Their fights feel real, their affection under wraps.

Except like so many Bollywood couples before them, they must pretend all is hunky-dory before their overzealous families when Kuku's baby sister (Prajakta Koli) readies to settle down with a man she doesn't love in the party-ready town of Patiala.

Before Kuku can break the news of his impending divorce to his parents, his super sozzled father Bheem (Anil Kapoor) blurts out his intention to leave wife Geeta (Neetu Kapoor) and officialise his affair with a creepily cackling Mira Madam (Tisca Chopra).

There is no real reason for its somewhat Pati Patni Aur Woh premise.

What we gather is Bheem is a self-seeking scoundrel, a typical WhatsApp uncle whose bad jokes and overactive but reluctant libido provide abundant fodder for JugJugg Jeeyo's racy humour.

In Anil Kapoor's jaunty skin though, Bheem acquires the air of a loveable rogue, whether he is singing Do Dil Mil Rahe Hain (Pardes) in a drunken stupor, dubbing his wife a 'vegetarian sherni' or sitting on the street in the middle of nowhere in a hilarious moment of 'na ghar ka na ghaat ka.'

There are glimpses of AK's exuberant Punjabi spewing Lakhan from Biwi No 1 but with Salman Khan's straying tendencies.

There's a trace of Kishan's roving eye and insincere apologies from No Entry.

JugJugg Jeeyo relies on the veteran's seamless comic timing as well as grandly picturised celebrations of pretty people in pretty clothes partying in pretty surroundings to peppy music to distract us from all the sentimentality at its core.

As the one at the receiving end of the betrayal, Neetu Kapoor exudes grace and genuine emotion that lends JugJugg Jeeyo a depth it doesn't strive for. Especially when she cites 'adhoori ladaiyon ki thakaan' as reason for death of relationships.

But for all the movie's gyaan on marriage and male privilege, it fails to recognise the role of a wife as companion, not caretaker or bearer of a child.

Although pesky Punju aunties and their belief in baby granting rituals receive a well-deserved dressing down from Kiara in spitfire mode, the women are regularly side-lined to focus on men being men.

What I appreciated though is Kiara's portrayal of the big fat Indian family bahu is neither docile nor a hostile soap opera version.

An authentic fondness and concern flows through her for her husband's family, a brand of civility Bollywood often sacrifices for the sake of drama and mischief.

If one can look past the merriment and gags, JugJugg Jeeyo is a lot darker and sadder than it lets on.

Mehta's cutesy take on discord only debilitates whatever token empowering stance it means to convey.

What its glitzy frolic does affirm is that a vegetarian sherni's husband never changes stripes, and cheesy gestures of romance can fix everything as will sweeping problems under the carpet.

JugJugg Jeeyo's gleeful lack of responsibility advocates good times over everything else.

Luckily for Mehta, the actors in play are a complete hoot even when you aren't taking any of it seriously. 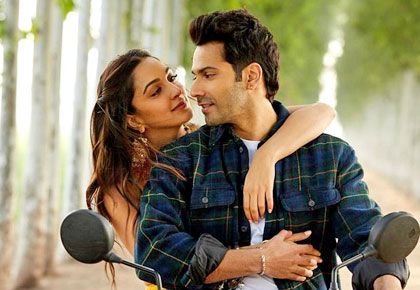 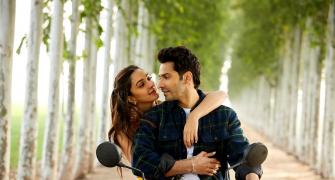 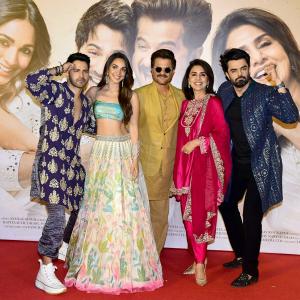 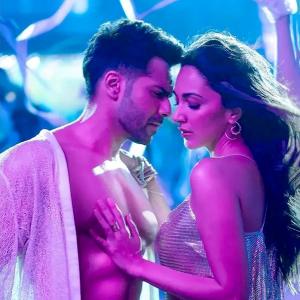