'Surely a person like Happi deserves to be treated with dignity.'
'But does he deserve a two hour movie dedicated to his daftness, and to the failure of the rest of the world to come round to the purity that shines behind that daftness?' asks Sreehari Nair. 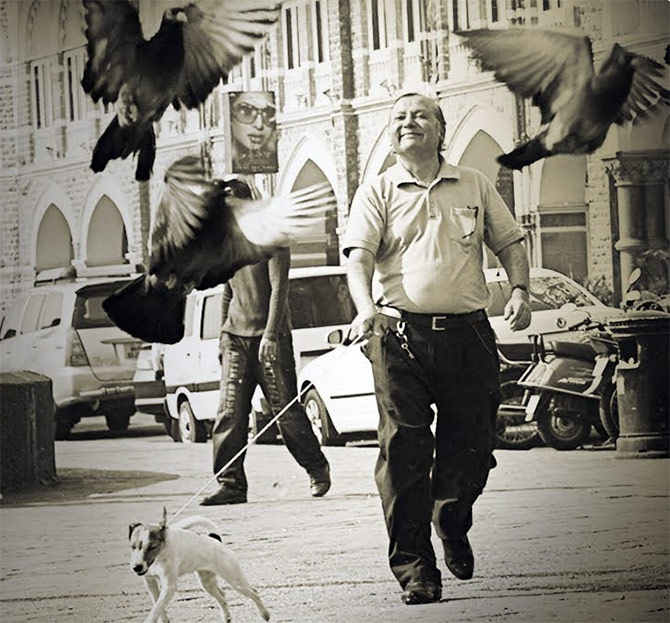 Now here's a character study defiantly insulated from the world that its title-character inhabits.

The closing moments of Bhavna Talvar's Happi has Pankaj Kapur running up and down the streets, alleys and inns that make up the movie, looking for his missing dog -- and it's like watching an actor give a solo performance on a poorly-lit stage.

And so, one cannot help but ask: Who exactly is this person, in whose honour the movie fades out all its other faces and muffles up all its other voices?

Though Happi may draw obvious comparisons to Chaplin's Tramp, he would, upon careful inspection, seem closer to Vittorio De Sica's Umberto D. He is Umberto D, albeit with a smiling face.

Much like Umberto, Happi is an unchanging man in a rapidly changing world (It's to emphasise this metaphor perhaps that the movie is presented in black-and-white).

But here's the crucial difference.

Unlike De Sica's protagonist, in whose cranky nature we could discern human scale and human spirit, Happi is content with being an otherworldly creation.

The movie and its makers want you to understand that you are in the midst of a Suprahuman who the self-seeking world is mistakenly viewing as Subhuman.

The monk of Lalbaug, Happi accepts with a smile everything that life throws at him, including filthy water splashed by a car. He is happy just to be alive; or, maybe, he is trying to mock Tennyson, who in a fevered pitch, had sung, 'As though to breathe were Life.'

This then is the joyless tale of an always-smiling man. Ah, the irony of ironies!

I wished the screenplay had provided some human dimension to this dude. I wanted to check if something's the matter with him. Maybe that would open up a connection, I thought.

Has he experienced heartbreak?

Does he screw around?

Does he have dirty thoughts?

But no, Happi is neat and sexless; he is a noble fool from the pre-liberalisation era who leaves behind no stain (The Human Stain, as Philip Roth defined it).

You cannot hold a conversation with Happi because he isn't attuned to the magic and vagaries of language: Epigrams, analogies, and allegories are not for him.

He so details his experiences, in all their banalities and by stripping the banalities of their essential beauty that you realise, by and by, what this man lacks is the power to interpret. He is a mere Recording Device.

Now, is this the secret of his never-dimming positivity?

Do the rest of us, Non-Happians, experience moments of desperation because we are more than just recording devices?

Do you see how you have shaken me to my core, scriptwriter Mohinder Pratap Sharma?

Surely a person like Happi deserves to be treated with dignity.

But does he deserve a two hour movie dedicated to his daftness, and to the failure of the rest of the world to come round to the purity that shines behind that daftness?

This, Rest of the World, is represented by Happi's irritable house owner (Manoj Pahwa), and Happi's workplace, an Irani cafe, frequented by soppy-sterns. (Among such single-note people, in such sterile environments, how does one feel empathy for anybody other than Happi?)

Our hero is an old-style entertainer at the cafe, where he belches Hindi numbers from the 1950s, his renditions as out-of-sync with the orchestra as he is with the times.

He also takes to the mike and doles out one self-help lesson all through the movie, something about the need to keep smiling, and although we don't quite see how this philosophy is helping him in his own life, we are nevertheless supposed to thank him for pursuing his one attitude with diligence.

Happi attends to his duties at the Irani cafe like clockwork, with no curiosity or imagination, repeating his same act over and over again, and when the kind, old owner of the cafe is replaced by his virile, energetic, capitalist son (Nakul Vaid), and when this son decides to turn the cafe into a swanky club, we know he means to stop Happi's clock.

But Happi won't fight back.

He will instead, use his simple-mindedness and his artless talks to blunt all efforts to subdue him.

Happi won't fight back also because the movie is firm in wanting to show us how badly the world is stacked against this gentle soul.

And yet, I could not see how I could have behaved nobly, if I were made to put up with Happi on a daily basis.

I may not have gone out of my way to harm him, but he's someone I surely would've tried to avoid.

Does this make me insensitive?

I suppose it does, if you go by the liberal definition of Sensitive, which simply means 'respecting the meek.'

But sensitive actually implies being acutely aware of life's many rhythms and treating nothing in life with dispassion. And so, for a movie to sensitise you, it has to first define its world accurately and try to make every object in that world live -- and Happi, in its unwavering deification of its title-character, fails to do precisely that.

Pankaj Kapur has written a seemingly irreverent person, who, without his knowing it, is full of reverence for himself.

A self-absorbed character, Happi is ontologically similar to Kapur's own Phatichar and resembles in manner, the bumbling man, that the actor had played with far greater fluency in Vidhu Vinod Chopra's Khamosh.

Happi doesn't offend anyone intentionally, and to celebrate this one virtue of his, the movie foreshortens everyone else.

Contrary to the dramatic thrust of the narrative, it's the other characters, who seem to exist on the margins, and characters, like the one played by Tejaswini Kolhapure, simply stop existing after a while.

Hrishitaa Bhatt, in the role of a club singer, who moves silkily, winks abruptly, and whose mouth you can feel is shaping every word she utters, gives the kind of freewheeling performance that I wished Happi had the good sense to better honour.

There is a section involving Pankaj Kapur and a dog, which attempts to pull at your heartstrings, but is notable mostly for the relaxed performance of Chotu, the dog.

It goes without saying that any critic's take on an artist's work is, at the end of the day, a marker of that particular critic's temperament. And so, I want to rub home the point that this review is not meant to put Bhavna Talvar's art down (I believe she is a lady of considerable talent), but to suggest that her work here wasn't of my temperament.

Though it may not ostensibly strike you so, but Happi is closer to a religious piece (it's in the tradition of works that venerate saints), while I much prefer works of art that are worldly, and are about the juices of life.

In a scene set inside the cafe, which had Pankaj Kapur trying to draw me into his sad, sad eyes, my attention wandered off to the wall behind him, on which was overlaid Mario Miranda's cartoons, filled with suited men, big-breasted women, and unclothed children, every single one of whom was jostling for his or her place in the earthly chaos.

There it was, my preferred artistic sensibility reduced to a background, in a movie, which was priding itself on taking me more and more into one man's anomie and his isolation.

After a certain point, I could not wait for Happi to pass into the other world.

This escape, as far as I was concerned, could have been the only Happy Ending for someone who never belonged here in the first place.

Sreehari Nair wishes to write about that which is in the cultural air, but absent from trending lists. He can be reached at sreeharin@rediff-inc.com 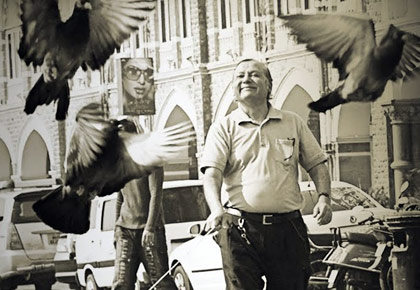 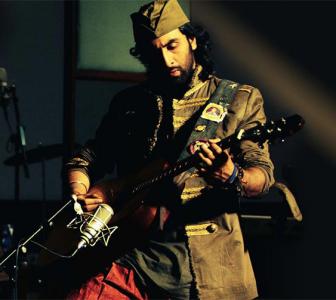 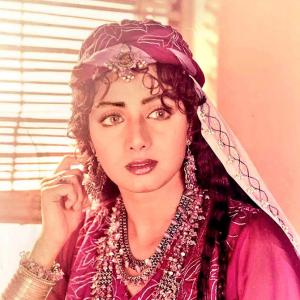 'I don't feel Kabir Singh is an irresponsible film'