Drishyam 2 Review: Nothing Believable About It!

Subtlety has never been a strong suit of Bollywood remakes.

They cannot resist adding that extra something or going overboard, sighs Sukanya Verma. 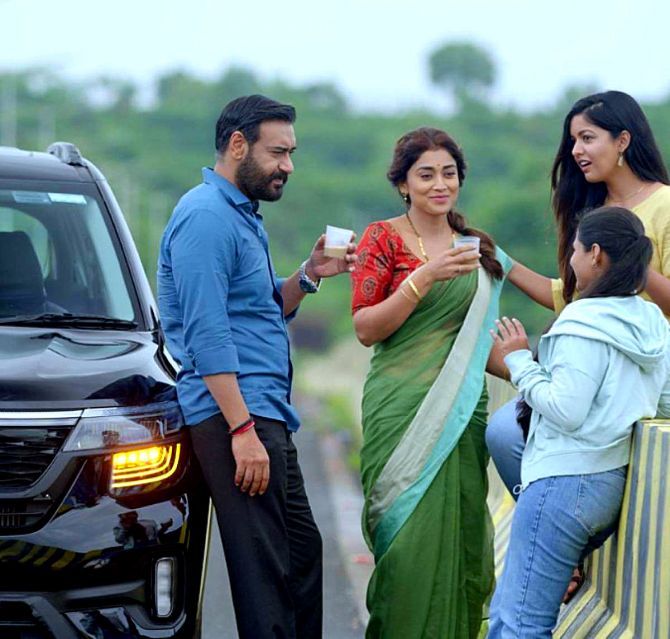 Drishyam is about an everyman willing to go to any lengths to protect his family. Safeguarding their interests at any cost guides his moral compass.

His actions may go against the lawm but so long as his folks are out of harm's way, he is convinced it's the right thing to do.

In Mohanlal's shrewd skin, Georgekutty's quick-witted, damage control guy becomes something of a legend -- the man who never gets caught, hoodwinks the police and leaves behind a trail of speculation -- did he or did he not?

As a keen and passionate audience of movies, the only people who know Georgekutty's secret are the audience itself.

In Drishyam 2, a lifelong student of cinema proceeds to become the hero of his story.

If writer-director Jeethu Joseph's gripping Malayalam thriller is an ode to alibi (in the same vein as Keigo Higashino's Japanese novel The Devotion Of Suspect X), its sneaky sequel is an exercise in defence mechanism.

But the same problems that weighed down its Hindi remake, which shifts the action from Kerala to Goa, continue to plague the sequel as well.

Foremost among them is Vijay Salgaonkar and his family.

Miscast and mismatched, there's nothing believable about them living under one fancy roof born out of an overenthusiastic production designer's imagination.

With a little less than a decade's gap, Shriya Saran and Ishita Dutt playing mother-daughter is a far greater mystery than Drishyam cares to note.

Stiff Ajay Devgn as the cinephile patriarch keeping it all under control just doesn't cut it.

Everything from their clothes, wallpapers and interactions bear a spanking new, price-tag still on air -- there's nothing lived-in about this family.

The Drishyam movies are two halves of a whole.

In the first, Vijay's a cable operator shielding his wife Nandini (Saran) and two daughters Anju (Ishita) and Anu (Mrunal Jadhav) from the wrath of a spiteful cop and wronged mother Meera Deshmukh (Tabu).

In the second, Vijay is running a posh theatre and looking far more comfortable than ought to. Instead of living in the shadow of guilt and fear, the Salgaonkars appear to have happily moved on into their shiny new lives.

Drishyam 2 hits false notes galore every time Nandini sheds crocodile tears about her suffocating existence or Anju breaks into a bout of post-traumatic stress disorder. I saw more dewy foundation than fear on their faces.

Not a hair out of place, not a crease in her sari, Shriya's quintessential heroine fails to convince us of her so-called plight. Her Nandini comes across as someone who will foolishly spill the beans unlike Georgekutty's vulnerable better half we actually feel sorry for.

On paper, Ishita is at the centre of the storm, but she's entirely ornamental within the movie. The pretty villa they reside in attracts more eyeballs than her performance or lack of it.

Director Abhishek Pathak's lack of discretion makes us indifferent to their suffering and doubt their intelligence. Except Jeethu Joseph's cunning is so solid at its core, even a mediocre recreation benefits from his adventurously crafted disclosures.

Pathak gets a few things right though.

Subtlety has never been a strong suit of Bollywood remakes.

They cannot resist adding that extra something or going overboard.

What's the meaning of a perfectly professional cop pulling a teenage girl's cheeks in the middle of an informal investigation and formal intimidation? It's both inappropriate and out of character.

Fortunately, Khanna is such a taut presence, he doesn't let any scene slip.

Ever a force of nature, Tabu adds to the heft as the bitter mum in no mood to pardon.

Watching the two in tandem, alongside an able Rajat Kapoor as Tabu's conscientious husband, is few of Drishyam 2's pleasures.

What's not is how impulsive violence makes way for sensational aggression.

Drishyam 2 doesn't trust its audience to feel anything if not prodded by the omnipresent background score.

The first hour meanders along, piggybacking on the first film's achievements in a self-congratulatory tone, until things finally get moving in the second -- something -- I didn't feel while watching the original whose early twists do not carry the same impact in the remake.

It's like Vijay and family, too, have already watched the original and anticipated the deceit all along.

Speaking of anticipation, Georgekutty's excessive dependency on Murphy's law for his schemes is why Drishyam 2 always feels more designed than organic.

In its Hindi counterpart, Vijay harps about man writing his own destiny yet believes way too much in serendipity.

There's a potential third film in the works and we can only wonder what new Plan B Georgekutty and, like it or not, Vijay Salgaonkar have in mind. 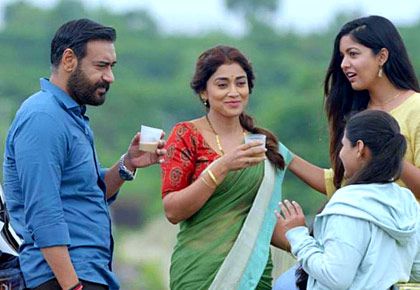 Mohanlal: An Emperor Defeated By Love 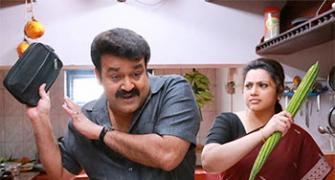 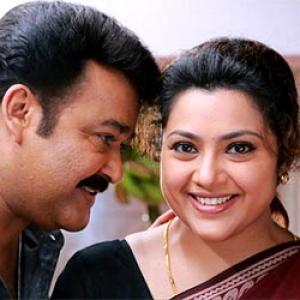 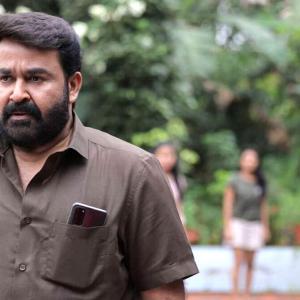