'Women are more successful in films than men'

'Women use acting as a way to protect themselves.' 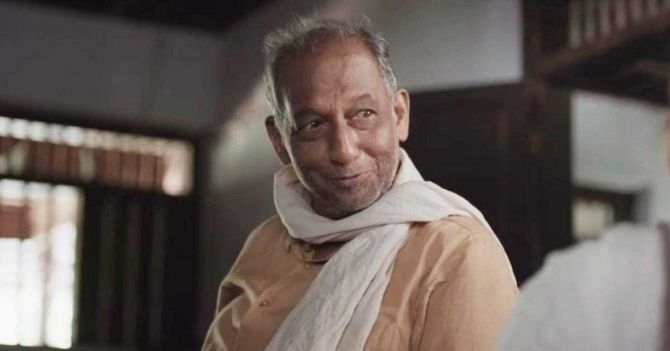 Nedumudi Venu needs no introduction to those familiar with quality cinema.

He made his mark in a variety of films, ranging from the trite to the extraordinary, exploring a range far wider than most of his contemporaries have.

The final segment of a multi-part memorable interview: No, you cannot separate both. Even I do not know where the artist in me ends and the art lover in me starts.

I may act in real life too, perhaps unknowingly, I may not even know whether I am acting or not. Both merge so well that the individual also will not know.

Yes, you cannot draw a line and separate both, because one merges into another.

Then, as an individual won't you feel any conflict inside, at least sometimes?

We should not let that happen.

You said sometimes you might act in real life too. I was talking about such situations.

It happens not only to actors or an actor like me. All human beings act sometimes or the other in real life. And I feel women do this better than men.

That is why women are more successful in films than men. Women use acting as a way to protect themselves.

I have seen how convincing my mother is when she acts. For example, all of us might have finished our lunch and suddenly a guest turns up. We knew everything was over. But she asks quite convincingly, "Will you have lunch? Everything is ready."

Do you know why she asks that? Because she is certain he will not take lunch then. I will not say this kind of acting is harmful. They just want to wriggle out of some complicated situation, that's all.

When men stand by helplessly, women come out with such wonderful solutions to many complicated problems.

Let us talk about your association with Kavalam Narayana Panikar and his theatre group. I have heard that your initiation into films began theatre. How do you meet Kavalam?

When we were in college, Fazil, myself and some others there used to perform dramas. Kavalam was a judge in one such occasion. We won the first prize in the competition.

After the function, Kavalam invited us to his house. He told us that he was going to start a theatre group and he wanted us also to join him. We did.

But after sometime many members left since it was difficult to accept the kind of experimental theatre that he was involved in. It was totally different from what we had seen till then. The dialogues and steps were rhythmic and we used musical instruments on the stage itself. 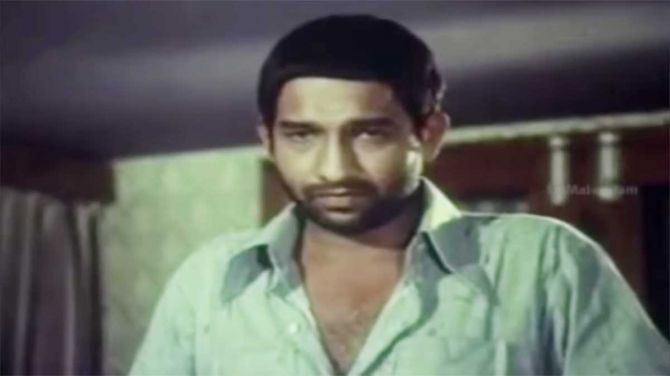 You must have enjoyed it.

Yes, I enjoyed it. That's why I stuck on to it while others left the group. I was happy because I could make use of some of the talent I had. I had learnt a bit of classical singing. Even at the age of five, I had played the ghatam in some concerts.

What excited me was that I could utilise all these skills I had. The funniest thing is that I had the faintest idea that I could use many of them. So, I tried everything when I was with Kavalam's group.

I feel that only because I spent those years with Kavalam did I acquire an aesthetic perspective, the ability to view and enjoy all art forms, irrespective of its language and origin. It was there that I met famous artists, writers, painters and intellectuals.

So, Kavalam's group was like a university for me where I met great people, listened to them talk, interacted with them and learnt a lot about all kinds of art forms. It was a modern theatre evolved from all the traditional art forms of Kerala.

Kerala's traditional art forms used to be seen, understood and appreciated by even very ordinary people earlier. But why was a theatre movement based on that not understood by the ordinary people? They preferred dramas in a popular format.

That was because we could not take it to people. Recently we performed Avanavan Kadampa, and we were doing it after 25 years. All those who saw it said that there was nothing very intriguing about it. Even those youngsters who were not even born when it was first staged said the same thing.

What made me most happy was that small children enjoyed it the most. I heard them happily singing some of the songs written by Kavalam for the play. But now it has become very expensive to perform since we need at least 30 people. So it is not right to say that it will not reach the ordinary people.

I did not say it will not reach them. I said it did not.

That was mainly because, we could not take it to people. Unlike films seen by hundreds of people at a time, dramas are seen by a small group. We have to perform it again and again to reach people.

You performed Avanavan Kadampa after 25 years. I read that it was a birthday gift from all of you to Kavalam on his seventieth birthday. How was the experience? Was it the same even after all these years?

I cannot explain the feeling. In films, you get satisfaction only in broken forms. Here, after a long time, I was in a different world and it lasted from the beginning of the play till the end.

You know, as an artist, after sometime you get bored with films.

Is it because you don't get many challenging roles?

That is the main reason. Another reason is, there are only very few people who look at films seriously. So few good characters are created.

When you do the same thing again and again, you get tired and bored. My fortune is that at least I have theatre to fall back upon. Unfortunately, it is not an option for many other artists. 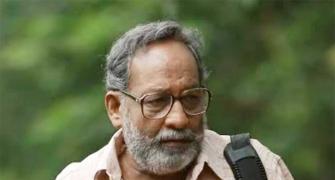 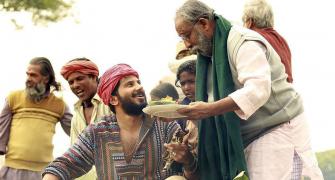 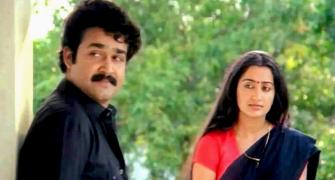 'Working with Nair was a unique experience'