'Sanjayji is so spontaneous that you come to know immediately whether the dialogue or the script has touched him or not.' 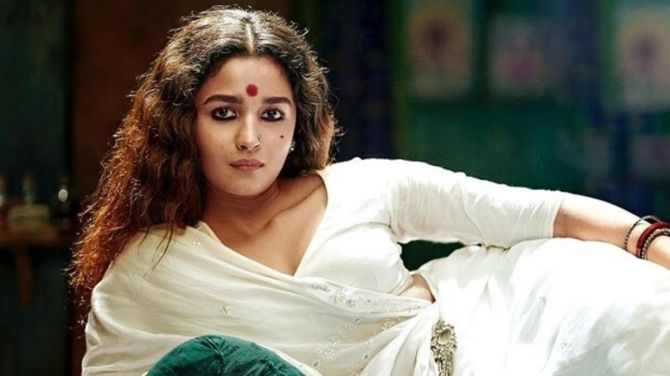 What is the secret to the success of Sanjay Leela Bhansali's films Devdas, Black, Bajirao Mastani, Padmaavat, Gangubai Kathiawadi?

Prakash Kapadia, 60, has been working with Bhansali for 20 years now, dreaming up beautiful scenes and penning dramatic dialogues to ensure his movies charm audiences.

Kapadia tells Patcy N/Rediff.com "One day, I reached Bhansali's office and he told me to give him the script of Padmaavat. So I asked him to give me 10 minutes. Then I went to him and narrated the entry of Khilji. He was so happy, he came out of his office and told everyone to leave whatever they were doing, and announced that the next film would be Padmaavat."

The first of am enchanting two-part interview:

Whose idea was it to make Gangubai Kathiawadi?

Sanjayji was planning a film (Inshallah), which did not materialise, and we already had the first draft of Gangubai written by his assistant (Utkarshini Vashishtha).

He gave it to me to rewrite it.

Since Alia (Bhatt) was going to do the other film, it was already decided that she would do this film. So I wrote the script keeping her in mind.

I knew her strengths. Plus, Sanjayji had done a lot of sessions with Alia for the previous film and he had given me a lot of inputs about her.

Are you present on the sets during the making of the films you've written?

Yes, I always go on the sets, whether it is Sawariyaa or Black because when an actor or director is stuck on the sets, as a writer, I may come up with something new.

Sometimes Sanjayji wants a new dialogue or a scene improvised, so I have to be there to write it.

There are some sequences we write on the spot.

I told Sanjayji. He liked it and we added it right there.

If you stay in a particular area, you know about some things.

Like, if you stay close to a masjid, you will know how to say the azaan since you listen to it every day.

The first dialogue is from my one-act play, Manusmriti. I thought it was appropriate in this film, so I used it.

I have used decent language in the film, so it is bit flowery, and is not the typical Kamathipura language.

But I have written the Ajay Devgn scenes as well as the dialogues.

If you see Mother India, Nargis' character lives in so much in poverty that she sells utensils to buy food for her children. But the altaa on her feet, her lipstick and bindi are intact. I like those things.

In the olden days, the kotha was a beautiful place.

Young boys from rich families were sent to kothas to learn etiquette. 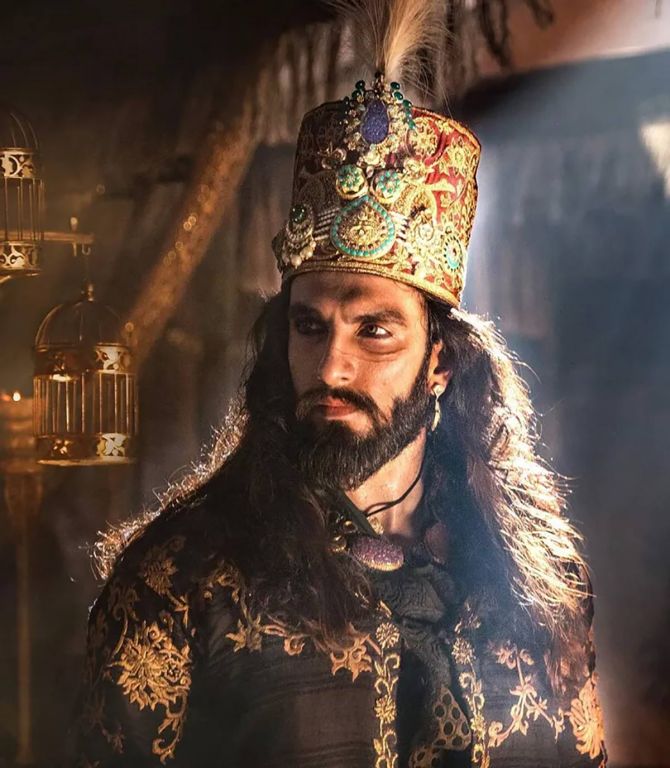 You have written historicals -- Bajirao Mastani, Padmaavat and Tanhaji: The Unsung Hero.

The first film I wrote was Devdas.

After that, I did Black, which is a biopic on Helen Keller.

I had written a play on her in Gujarati and that I made in Hindi.

Sawaariya was a fictional story.

Bajirao Mastani was a historical, which I wrote right after Devdas. But because of some casting issues (Salman Khan and Aishwarya Rai were supposed to star in the film, but they opted out), it went on a backburner.

After that, we did Padmaavat because we thought this is the right age for us to run around and do a huge film like Padmaavat where you will have to take a megaphone and give instructions to the huge cast during a war sequence.

After that, I wrote a Marathi film Katyar Kaljat Ghusali. During its making, I met (Director) Om Raut, who asked me to write Tanhaji.

It was supposed to be in Marathi, but after writing it, we thought the budget of the film is huge and it will be difficult to recover it. So we decided to make in Hindi.

All historicals are like biopics. They require a lot of research. 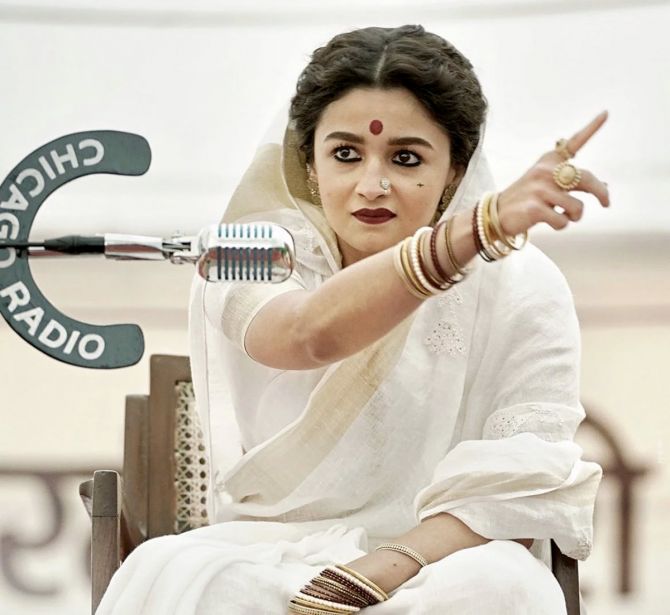 Do you have a role in the casting process?

Sanjayji shares everything that he is doing with everyone in the office, and asks them what they think about it.

He listens to everyone, but later, he decides.

After working for years with him, I know his process and he knows mine.

When you write for Bhansali, what are the things that you have to keep in mind? How easy it is to please him?

When we were shooting for Bajirao, I started working on Padmaavat.

I had not written anything, but the process had already started in my mind.

One day, I reached Bhansali's office and he told me to give him the script of Padmaavat. So I asked him to give me 10 minutes.

Then I went to him and narrated the entry of Khilji.

He was so happy, he came out of his office and told everyone to leave whatever they were doing, and announced that the next film would be Padmaavat.

I took five days -- and that's a lot of time -- to write the speech that Alia gives in Azad Maidan in Gangubai.

When I reached the sets, they were shooting.

I read out the scene after the shoot was over.

He said the dialogue was worth five days of writing because it would work like magic in theatres.

Sanjayji is so spontaneous that you come to know immediately whether the dialogue or the script has touched him or not.

Once I finish writing, I always narrate to him. If he doesn't like it, I change it.

But if I am convinced what I have written is right, I tell him a second time and put my point across. But still if he doesn't agree, I listen to him because he's the captain of the ship.

There are no ego hassles between us. 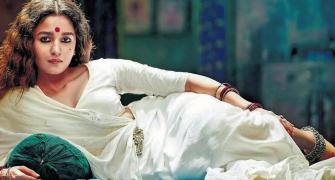 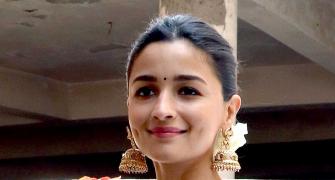 'They said casting Alia was a mistake' 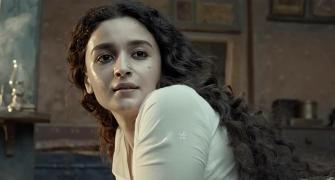