News
Business
Movies
Sports
Cricket
Get Ahead
Money Tips
Shopping
Sign in  |  Create a Rediffmail account
Rediff.com  » Movies » Why Jaya and Amitabh got married in a hurry! 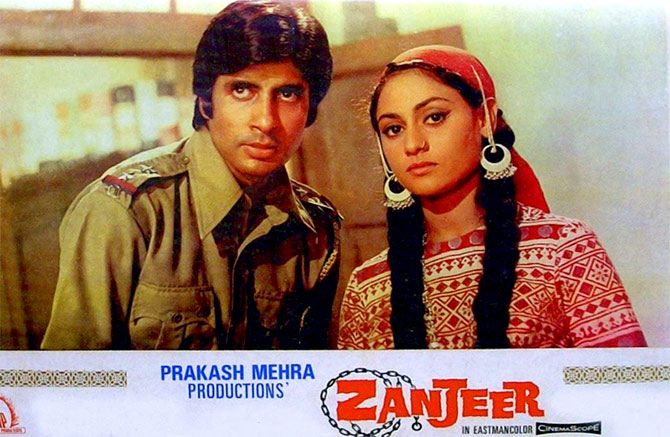 But the two were in different parts of the world.

To mark the day, Amitabh tell us how they got married in 1973.

He began by thanking his fans through his blog, 'Vivah Jayanti ko bas kuch he shan reh gaye hai. Bahut se logo ne badhaai bheji hai; Unhe main dhayanwaad deta hoon. Jaya toh videsh main hai, lekin aapka sneh aadar unhe pocha doonga (In a few moments, my wedding anniversary day will dawn. Many of you have sent your best wishes; I thank you. Jaya is abroad but I will convey your love and good wishes to her).'

Their wedding story begins with the success of Zanjeer, the film that was the foundation stone for a legend called Amitabh Bachchan.

Amitabh says, 'I lived on the 7th Road of this society .. on a rented house .. marriage had been decided among us .. nothing to be exaggerated or celebrated with any aplomb .. just the two families and .. done .. off to London, my first trip ever and hers too .. Zanjeer a success and a promise that if it did well we would all - a gang of our friends - would go on a holiday to London !'

But, before going to London, Amitabh had to take permission from his parents, Harivansh Rai and Teji Bachchan, 'Seeking or rather informing parents that we were a group of friends going to England .. who all are going came the query from Babuji'

Amitabh had to disclose Jaya's name to his father, who immediately said they cannot go without getting married. So that's what they did, just before catching the flight,  '.. names disclosed .. Jaya is also going with you .. you both are alone .. yes .. if you have to go marry and go .. ok .. pandit and family informed .. next day all set .. flight at night .. marriage to finish before the flight ..'

'I dress up in formal marriage Indian .. get into my car and want to drive to Malabar Hill where her friends lived and where the ceremony was to be done .. my driver Nagesh, pushes me out and insist he would drive me to the wedding .. the substitute for the tradition horse ..' adds Amitabh, about his unconventional wedding.

Amitabh tells us how he was waiting outside, ready to leave, when it started drizzling. 'Waiting all set at Mangal, the name of the house on rent on the 7th road JVPD Scheme .. and it begins to drizzle .. neighbours rush out to me .. leave for the wedding now .. the rain is a good omen .. off I went .. wedding over in a few hours .. done .. Mr and Mrs proclaimed .. over !!'

Ending the note, Amitabh writes, 'Thank you all in my advance response of the wishes for the 3rd June .. I am grateful for your love and affection and remembrance .... and the Sunday overwhelms'. 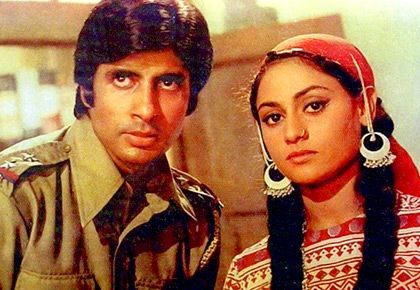 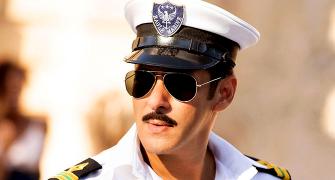 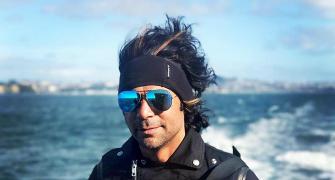 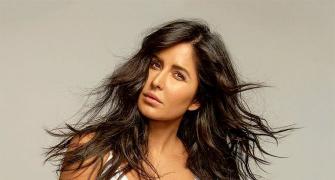 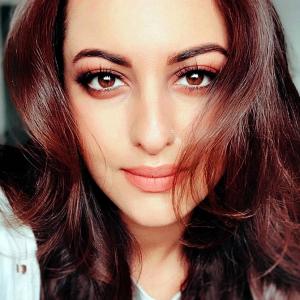 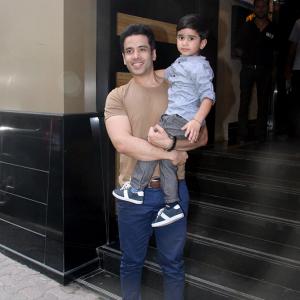