'Everybody has freedom, but you cannot start a fire in a crowded theatre.' 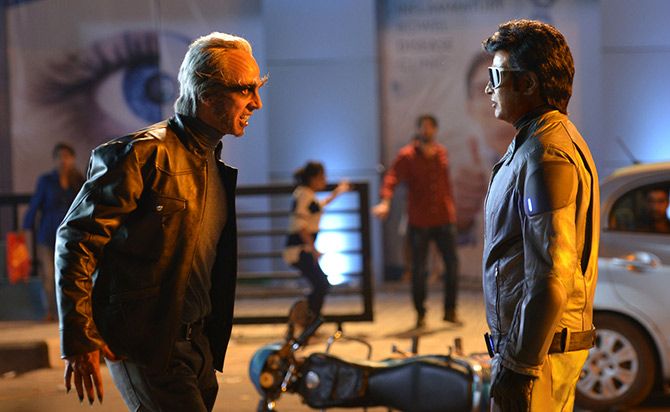 A couple of days before the release of the Rajinikanth starrer 2.0 , the Cellular Operators Association of India has filed a complaint with the ministry of information and broadcasting and the Central Board for Film Certification against the film for 'promoting obscurantist and anti-scientific attitude against mobile phones, towers and mobile services'.

The COAI's complaint further says that 2.0 wrongly shows 'mobile phones and mobile towers as harmful to living creatures and the environment including birds and human beings on account of electromagnetic field (EMF) emissions from them' and has asked for a 'recall and revocation' of the censor certificate granted to the film.

Rajan S Mathews, director general, COAI, tells Rediff.com's Syed Firdaus Ashraf why the mobile phone operators association is against what is touted as India's most expensive film till date.

What is your problem with 2.0? Why are you objecting to its release?

There is a scene in the 2.0 trailer which portrays cell phones and cell towers as hazardous, and that is against our national policy. This matter is now before the Supreme Court of India.

You mean to say the case about radiation emitted from cell phone towers is before the Supreme Court?

This case is being currently litigated in the Supreme Court so this matter should not beget prejudice (in the minds of people).

Secondly, this is the present policy of the Government of India and the law of the land. High courts have ruled there is no injury or ill-effect from mobile towers or mobile phones.

So what we are asking the Central Board of Film Certification is to allow us to review the film in its entirety so that we can take a holistic view of the matter and decide whether a particular scene should be removed, or to put a notice in the scene, like a disclaimer, that mobile phones and mobile towers are not injurious to health.

Film-makers put disclaimers during smoking scenes so they can put such a disclaimer for 2.0 too.

Are you representing to the CBFC that radiation from cell phones and cell towers does not cause any harm to human beings and therefore 2.0 must emphasise this fact?

Eight high courts in India have unanimously said this in their judgment. This was stated in the Lok Sabha and Rajya Sabha too. The World Health Organisation too says this.

The present law of the land says there is no injury because of cell towers and cell phones.

When you saw the movie trailer, did you feel 2.0 propagates something against the cell phone industry?

Not the movie. We just have a problem with one scene in the movie where all the cell phones get sucked up and that giant bird comes as an enemy that has to be overcome by the hero of the film. We have a problem just with that scene.

What is wrong with that scene?

What is in the movie? That is why we want to see the movie in entirety.

We said this right at the time when the teaser was released. We have no idea what the whole movie is about. We have to see it before it is released.

Earlier, the CBFC attended to our complaints in other movies, It decided if we must see the movie and find out whether there was any merit in our complaint.

There is no radiation scene in the trailer.

Therefore, we want to see the entire movie before it is released. We don't want to jump the gun either.

All we are asking is: Let us see the movie before it is released. If people who are in the know of things from an artistic point of view and technical point of view feel it is fine, then we too are fine.

We are just asking for a review. We are not asking to cut down the movie.

We are just asking CBFC to allow a screening of the movie to our select group. We are not against any artistic rights.

Why has your complaint come so late, on the eve of the film's release when the trailer released three weeks ago and the teaser in September?

We have been trying to get in touch with the director. We also approached the makers of 2.0 independently, but they washed their hands of the subject. We wrote a letter three weeks ago to them, but they did not respond to us.

We got no support from them, so we were left with no option but to go to the CBFC.

We are only saying show us the movie before releasing it, but they refused. They did not support us so we went to the CBFC.

This is creative intervention by COAI, isn't it?

This is not creative intervention. You cannot create a movie like 2.0 and disturb public order.

If after seeing 2.0, mobs starts destroying cell towers and our properties, what are we going to do? Will the police control the mobs?

Do you really believe such things can happen?

You must be out of touch with what is happening in this great land of ours.

Many cell phone towers have been struck down because of protests in various localities.

I am right now going to Goa because people are agitating against cell towers.

We had problems in Delhi, Mumbai, Hyderabad and Bengaluru. So what are you talking?

These things are happening on the ground, therefore we had to go to court to get protection for our property.

You are very late with your intervention against 2.0.

Look at Padmavat. It is never too late for anything. If a movie can create disturbance and public order, then we as an industry have to make sure that the issue is brought before the appropriate authority.

Usually, political parties or caste- or religion-based organisations protest against films. This is the first time an industry association is opposing the release of a movie.

Tomorrow if a movie is made stating that it is not safe to travel by train, then don't you think it will create a public order problem?

We have 1.1 billion people using cell phones in the country. And if a movie starts showing cell phone towers in a negative way, then obviously public order will be disturbed.

There are many workers who work in remote locations setting up cell phone towers or maintaining it. What will happen to them if such a movie is released?

In places like Kerala our cell phone tower workers have been beaten up by mobs.

Mobs come and tell the landlord in many places where the cell phone tower is installed that s/he must uproot the tower because it is dangerous (and can cause cancer). The police has been called at many places.

There is no point in complaining after the horse has fled the barn yard.

We tried our best to solve the problem, but it did not work, therefore we approached the CBFC.

Before the movie is released we tried to have a proper conversation with its producers, but that did not happen. Now it is the CBFC that will decide.

You may understand it as a fantasy movie, but then they can put a disclaimer that cell phones and cell phone towers do not cause any harm.

They can just put a line before the film begins. That is what we are asking for.

How did this impression get propagated that cell phone towers can cause cancer?

There are some misguided forces staying at Malabar Hill area (south Mumbai) who came up with this theory. They don't like cell phone towers to be seen outside their windows. Some misguided professor read some article on some Web site and started propagating (it).

They don't understand how important cell phones are for people who sell vegetables near their homes and how their livelihood is completely dependent on cell phone towers.

,Scientifically the Government of India has reviewed the whole matter. Before it becomes a big issue the government had to inform its citizens that there is no health hazard from cell phone towers.

Some 93 percent of the countries in the world have the same safety norms as in India. Cell phone towers are completely safe, therefore that is the law of the land.

If the CBFC rejects your demand, will you go to court to stop the release of 2.0?

We are not clear about it at the moment, but we don't want to escalate things and we are not keen to do it.

Everybody has freedom, but you cannot start a fire in a crowded theatre. 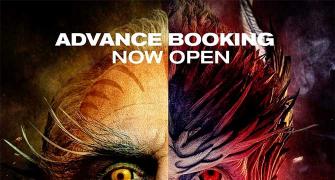 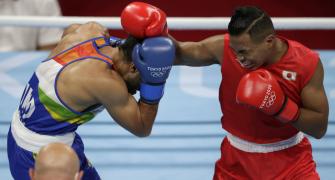 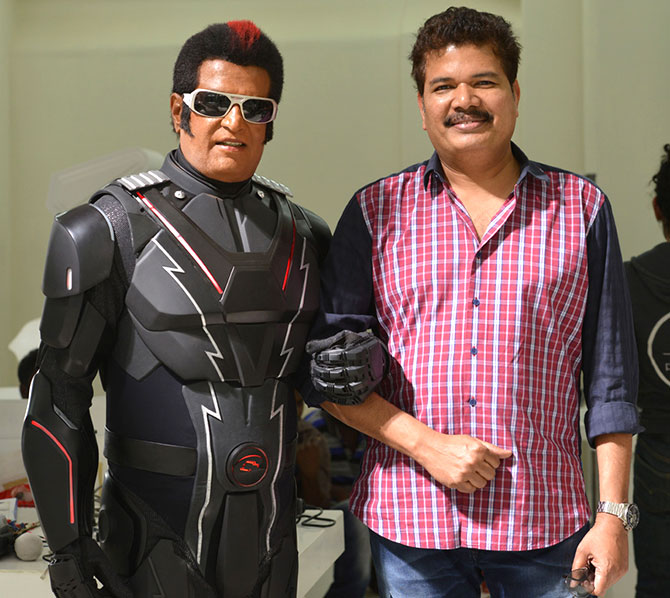 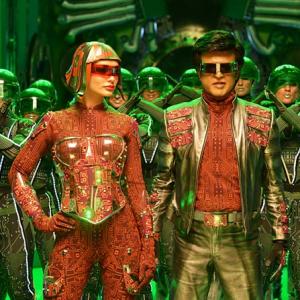