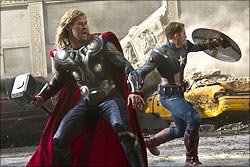 The hype that has been building up for more than a year and the giddy excitement of wanting to see in one film many of the Marvel Comics heroes seen in a number of summer blockbusters over the years is finally coming to be realised with the release of The Avengers.

It would be a daunting challenge to even the most experienced of high octane and big budget movie director to bring together half a dozen Marvel Comics superheroes in one movie but director and co-writer Joss Whedon, a relatively new name, has made The Avengers a thrilling spectacle.

Early reviews and box office speculation predict not only the biggest hit of the summer but possibly of the year 2012 that could end up on the very small list of $1 billion grossing films.

The film, which cost north of $200 million, is one of those happy instances when critics and public agree. Here is one of the few films of the year that audiences may want to see several times which also means a huge afterlife awaits when it hits the home entertainment market after about nine months.

Thrills keep piling up every third or fourth minutes in the film and among the many highlights that people will be talking for years is how Grand Central Terminal, a New York landmark, is turned into a ruin beyond recognition.

The list of actors doing good guys and bad guys roles in The Avengers is truly impressive. 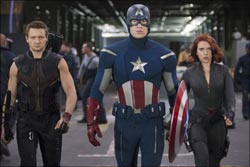 Loki (Tom Hiddleston), the bad guy brother of Thor (Chris Hemsworth) is in possession of a cube of limitless power that he wants to use to unleash an invincible alien army to enslave Earth.

But he has to deal with a formidable group of obstacles in the form of strong men and women: Iron Man (Robert Downey Jr), Captain America (Chris Evans), Hawkeye (Jeremy Renner) and the Hulk (Mark Ruffalo), their leader Nick Fury (Samuel L Jackson) and Black Widow (Scarlett Johansson). Their mission is to stop him before he uses the evil cube.

Trade publications including The Hollywood Reporter have welcomed the release, asserting it is 'robustly entertaining and appropriately super-sized for a film containing this many comic-book heroes... mostly a successful amalgam of skilful actors, witty banter, top-of-the-line effects, bigger-is-better action sequences and giddy good cheer.'

While Downey Jr continues to command the screen thanks to his familiarity with the role, spewing sarcasm and delivering smart chops as the situation demands, Jackson -- seen in a better written role than his several appearances in the big budget sci-fi adventures -- is getting praise for charisma and dynamic performance. 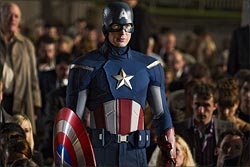 Ruffalo, new to the Marvel comics movies, deftly plays Bruce Banner, the brilliant, but tormented scientist who turns into The Incredible Hulk thanks to his intemperate reactions.

Every actor in the movie is going to benefit from it but it is Downey Jr, who about 15 years ago was sliding into oblivion because of drug abuse, will be remembered most.

Whether he is has a philosophical exchanges with Mark Ruffalo's Hulk or is flexing his muscles, Downey has crafted a performance that should not be forgotten at the time of major awards.

The Avengers will release in India on April 27, and in the US on May 4. 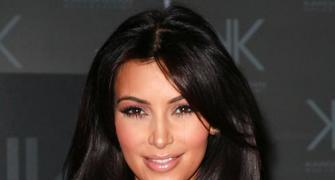 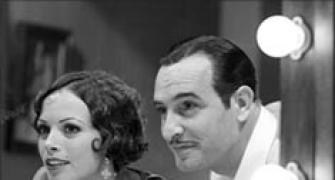 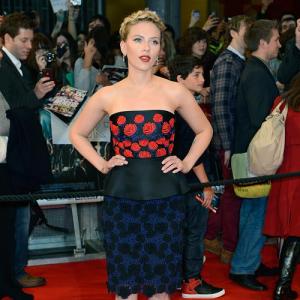