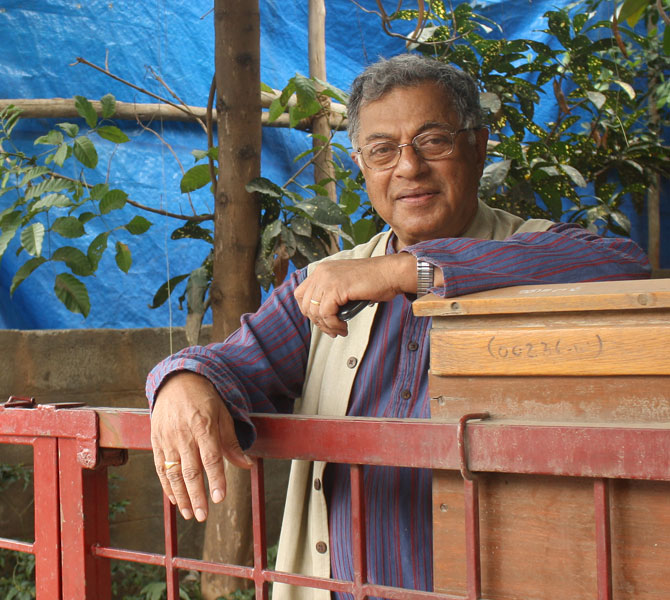 Noted playwright, actor and Jnanpith awardee Girish Karnad, who left his indelible mark in the world of literature, theatre and cinema, passed away at his residence in Bengaluru on Monday morning after a prolonged illness, official sources said.

A multi-talented personality, who often courted controversy because of his vocal stance on various topics, Karnad, 81, is survived by wife Saraswathi, son Raghu Karnad, a journalist and writer, and daughter Radha.

"He breathed his last around 8 am... he had been suffering from several ailments, including a breathing problem, for some time now," sources close to the Karnad family said.

A recipient of the Padma Shri in 1974 and the Padma Bhushan in 1992, Karnad was one of the most important literary minds of the present era.

According to family sources, his last rites will be held at the Kalpali electric crematorium in the city later in the day.

As per his wishes, the family has decided not to follow any religious ceremonies or accept state honours during the funeral, they said.

The family has also requested fans and dignitaries who want to pay their last respects to directly come to crematorium as they want to keep the mourning at home private.

Besides declaring a holiday on Monday as a mark of respect to Karnad, the chief minister's office also announced a three-day state mourning.

The CMO said Karnad will also receive state honours, which is in line with the respect given to other Jnanpith awardees in the past.

Karnad had acted in and directed several plays and movies that earned critical acclaim.

His plays, written in Kannada, have been translated into English and several Indian languages.

Karnad was a Rhodes Scholar from Oxford University in the 1960s, that earned him his Master of Arts degree in philosophy, political science and economics.

He made his acting and screenwriting in the iconic Kannada movie, Samskara (1970), based on a novel by another Kannada Jnanpith U R Ananthamurthy. Directed by Pattabhirama Reddy, the film won the first President's Golden Lotus Award for Kannada cinema.

Another unforgettable Karnad film is Vamsha Vriksha, based on a Kannada novel by S L Bhyrappa.

Though he started off his career in cinema as an actor, he is best known as a writer and thinker.

Karnad was one of the most prominent artistic voices of his generation.

Known to be a part of 'Navya' literary movement, which was influenced by the renaissance in Western literature, Karnad became an eminent playwright with works such as Nagamandala, Hayavandana, Yayati and Tughlaq. He wrote the last-mentioned when he was just 26 years old; it went on to become one of the most successfully performed plays.

He also worked in Hindi cinema's parallel film movement, in movies such as Swami and Nishant.

His TV credits include Malgudi Days in which he played Swami's father, and hosted the science magazine, Turning Point, on Doordarshan in the early 1990s.

In later years, Karnad was seen in commercial films such as Salman Khan's Tiger Zinda Hai and the Ajay Devgn-starrer Shivaay.

Karnad, who was born in Matheran in Maharashtra in 1938, was the third child of Dr Raghunath Karnad and Krishnabai. His mother was a young widow before marrying Raghunath Karnad.

They later shifted to Sirsi, and then to Dharwad, in Karnataka, where he spent his formative years. The family's inclination to dramatic arts laid the foundation for his future in the literary world.

Karnad was a known critic of Prime Minister Narendra Modi.

He was among 600 theatre personalities who had signed a letter ahead of the Lok Sabha polls asking people to 'vote the BJP and its allies' out of power, arguing that the idea of India and its constitution were under threat. He was particularly critical of Modi being 'the single face and voice' of BJP.

Karnad had also criticised Nobel laureate V S Naipaul for his controversial views on Muslims in India, saying the writer had no idea of the community's contribution to the country's history.

Calling Naipaul an unreliable writer of non-fiction as far as India was concerned, Karnad had said, "He really doesn't pay much attention to the details of the texts he studies."

Amid raging controversy over Karnataka government's decision to celebrate Tipu Jayanti, Karnad had said the 18th century Mysore ruler would have enjoyed the same status as of Maratha king Chhatrapathi Shivaji if he was a Hindu and not a Muslim.

He had also said it would have been 'apt' had the Bengaluru International Airport at Devanahalli near Bengaluru been named after Tipu Sultan rather than Kempe Gowda, a feudatory ruler under the erstwhile Vijayanagara Empire which founded Bengaluru in 1537. His views drew a lot of criticism.

Image: Playwright Girish Karnad at his home in Bengaluru in the year 2014. Photograph: Rajesh Karkera/Rediff.com 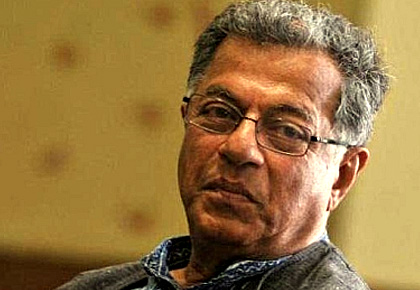 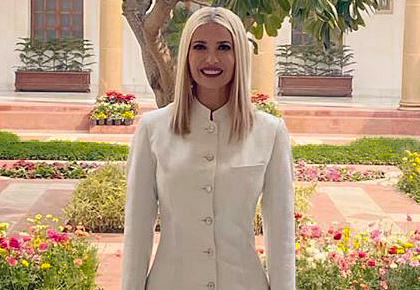 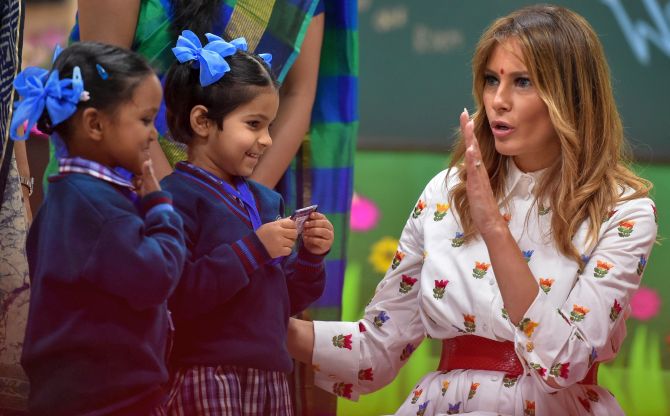 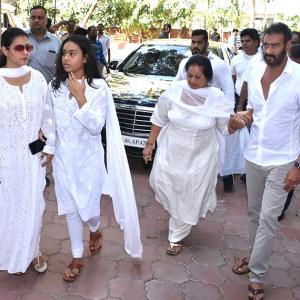 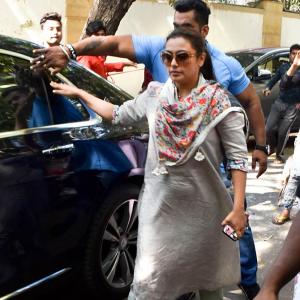