News
Business
Movies
Sports
Cricket
Get Ahead
Money Tips
Shopping
Sign in  |  Create a Rediffmail account
Rediff.com  » Movies » The explosion at sea: How The Ghazi Attack got made

The Ghazi Attack tells the story about one of the 'last unsolved greatest mysteries of the 1971 war,' discovers Avantika Bhuyan.

IMAGE: Rana Daggubati had to shed his Baahubali bulk to play a submariner in The Ghazi Attack.

In 2013, Sankalp Reddy, then a young assistant director in the Telugu film industry, visited the INS Kursura in Visakhapatnam.

The Kalvari class diesel-electric attack submarine of the Indian Navy had been converted into South Asia's first submarine museum after its decommissioning.

Among the many stories he heard there was one about the mysterious sinking of the PNS Ghazi, the Pakistan navy's first fast-attack submarine, near India's eastern coast during the 1971 War.

The PNS Ghazi, the story goes, had sailed out of Karachi harbour on November 14, 1971, supposedly to Chittagong in East Pakistan (now Bangladesh).

However, its real mission, it is said, was to destroy and sink the Indian aircraft carrier, the INS Vikrant, which had been assigned to the Eastern Fleet.

Following intelligence reports, the Indian Navy generated tactical communications 'to show the INS Vikrant was operating off Vishakhapatnam, when actually she was working with all recalled experienced pilots and a few new pilots off the Andamans,' writes Ranjit B Rai, who retired as commodore, in his book, Warring Nuclear Nations: India and Pakistan.

PNS Ghazi made its way to the Visakhapatnam coast where INS Rajput was stationed as a decoy.

On December 3, a powerful explosion rocked the harbour and searches revealed that PNS Ghazi had been destroyed. There are two versions around the sinking: The Indian Navy maintains that the INS Rajput was responsible for it, while Pakistan's military attributes the incident to an internal explosion or to an accidental detonation of mines laid by the submarine off the harbour.

Reddy, who had been looking to make a one-of-its-kind movie, had found his story.

He immediately wrote a script and to ensure that it had his copyright, published it as a book, Blue Fish: The War Beneath.

From this evolved a larger script that formed the basis for his directorial debut, The Ghazi Attack -- India's first underwater, war-at-sea film.

Up for release on February 17 and starring Rana Daggubati, Taapsee Pannu, Kay Kay Menon, Atul Kulkarni and Om Puri, the film charts the course of Arjun Varma, an executive officer of the Indian submarine S21, and his team that remained underwater for 18 days.

"The film is inspired by true incidents, but presents a fictionalised account," says Reddy. "After all, one doesn't really know what actually happened in December 1971."

A key part of the research was understanding the way sailors live in a submarine.

For example, the officers don't bathe or shave and they eat very light food.

"There is no communication with the outside world. They only get to know about big happenings, like a birth or death in the family. They live in a shell," says Reddy, who sought out naval officers who had served in the late 1970s and 1980s for information.

"The curator at the museum in Visakhapatnam was also very helpful," he says.

Initially, Reddy did not aim to make this into a big-budget commercial film.

He simply wanted to tell the story visually and release the movie on YouTube.

"At that time, the film had no songs, no comedy. I spoke with producers in Hyderabad and Mumbai but they couldn't relate to the idea," he says.

Undeterred, he started shooting with theatre actors and even built a set on the fifth floor of a vacated commercial building.

It was at this point that Daggubati first heard of him. 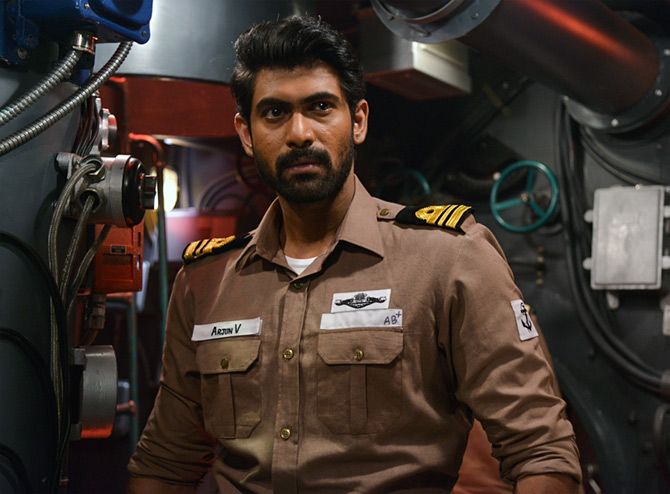 IMAGE: Director Sankalp Reddy had planned to make the film for YouTube but everything changed after superstar Rana Daggubati heard of the project.

"A friend, Ram Mohan, saw someone build a submarine set on top of a building and stopped to see what was happening. That's how I met Reddy and realised there was a story waiting to be told," says Daggubati.

Having grown up in Andhra Pradesh, the actor had heard of the PNS Ghazi incident, but wasn't aware of the story behind it.

"India has one of the largest naval forces in the world, but no film has been made on its valour and courage. So, this was an important film to make," he says.

Daggubati got Reddy in touch with some of the finest scriptwriters and production designers.

"It's a genre film, not a standard commercial movie," he says. "We were very clear that no matter what the cost, we had to add high aesthetic value to the film. Madhi, who is one of the best directors of photography in the country, has transformed the visual language of the film."

Daggubati worked hard for the film. He had to shed his hulky warrior look from Baahubali to play a lean and fit naval officer.

PVP Cinemas and Matinee Productions agreed to produce the film.

And, in August 2016, after Daggubati showed the movie to Karan Johar, Dharma Productions came on board to distribute it.

The initial set that Reddy had built was used for tests and mock-ups.

Another set was built in a closed-down function hall in Hyderabad.

"All the material was sourced from within the city. A lot of metal was used to create the vibrations of a submarine," says Reddy.

Scores of photographs and blueprints were used for reference to design the interiors of the submarine.

Extensive visual effects were employed to create the underwater sequences and the submarine's exterior. 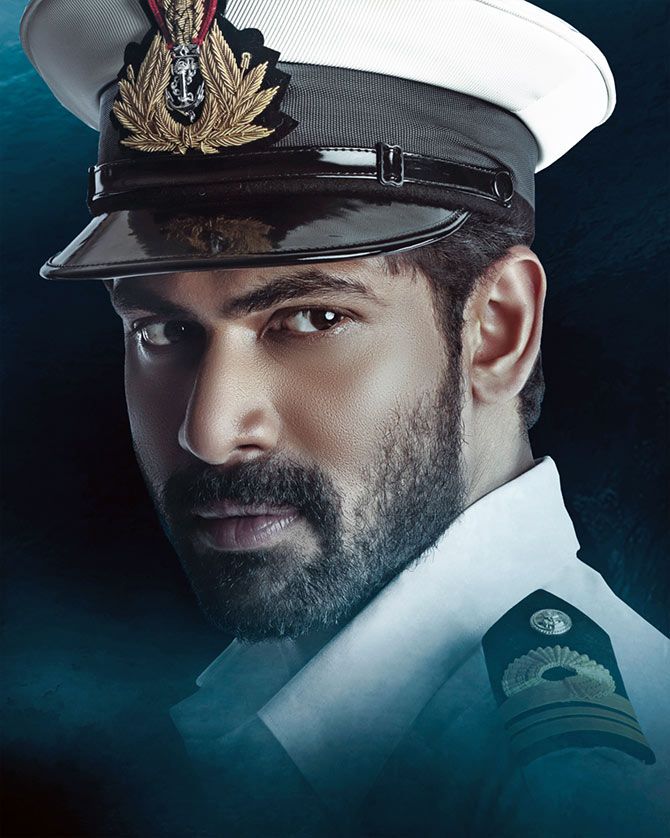 IMAGE: 'It's a genre film, not a standard commercial movie,' says Rana Daggubati who has roped in Karan Johar's Dharma Productions to distribute the film.

With nearly 500 computer-generated imagery (CGI) shots, The Ghazi Attack is possible the only Indian film to have visual effects for underwater sequences of such a long duration.

Vasudeva Reddy Enugala of the Hyderabad-based Eva Motion Studios, which has done the visual effects, says, "I went into a small submarine off Mauritius to see what it looks like."

There were many questions to be answered: In the ocean, if you go beyond 200 metres, there is no light.

So, what does water look like when there is no light?

What is the movement of a submarine like in water?

The team at Eva took nearly a month to crack the first shot.

"But once we got the look and feel right, we managed to get the rest of the CGI done quickly," he says.

The film has been shot in 60 days flat.

While the shoot was on, Enugala and his team parallely created the CGI.

The Ghazi Attack is also one of the few films to have been shot in two languages simultaneously: Hindi and Telugu.

The cast would shoot a sequence in Hindi and immediately after that do the same shot in Telugu.

"With Baahubali, I had shot in Telugu and Tamil simultaneously for four years. So, I had some understanding of that," says Daggubati.

"Taapsee and Atul have had experience in Telugu cinema, so they know how it works. Om Puri and Kay Kay Menon caught on very quickly."

Today, a greater part of PNS Ghazi still rests off the fairway buoy of Visakhapatnam.

And its sinking remains one of the "last unsolved greatest mysteries of the 1971 war."

Read more FASCINATING features on the 1971 War in the RELATED LINKS below. 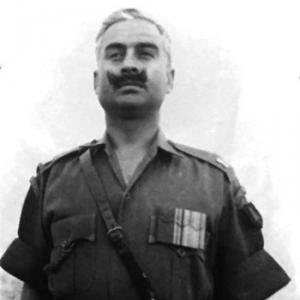