News
Business
Movies
Sports
Cricket
Get Ahead
Money Tips
Shopping
Sign in  |  Create a Rediffmail account
Rediff.com  » Movies » 10 Comedies That Will Cheer You

With the third wave of the pandemic hitting us hard, it's easy to feel low.

Bollywood always has a cure up its sleeve, and this time, it promises to give us plenty to laugh about this year.

Quite a few light-hearted comedies are up for release, and Joginder Tuteja takes us through them. 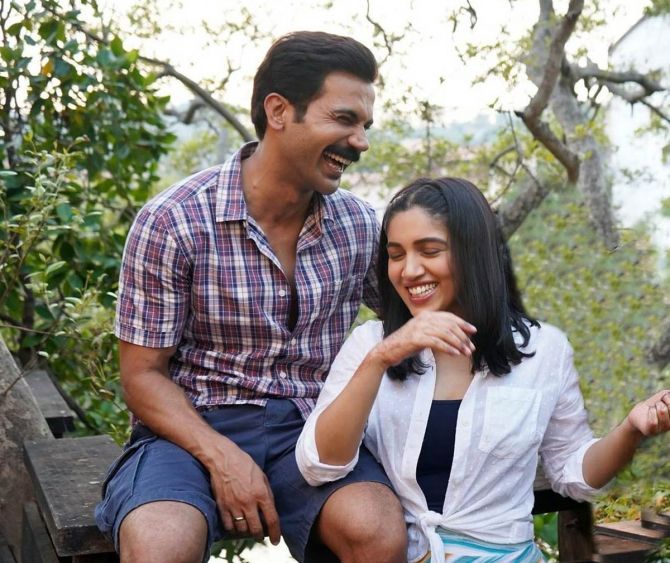 He joins hands with Bhumi Pednekar for the first time in this family entertainer.

While he plays a cop in the film, she plays a physical education teacher.

Rumour has it Rekha has an integral part in this film. 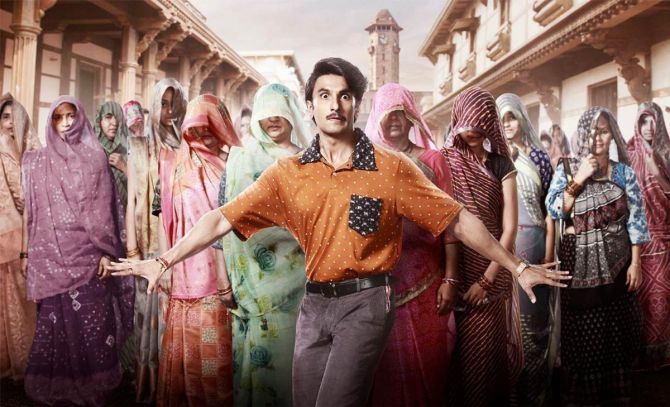 If not for the pandemic, Jayeshbhai Jordaar would have released in 2020.

Ranveer Singh completed this light-hearted film some time ago and he has Shalini Pandey (of Arjun Reddy fame) opposite him.

A Yash Raj Films production, Jayeshbhai Jordaar may turn out to be a smile-through affair. It would be interesting to see him in a full blown comedy.

Govinda Naam Mera has been directed by Shashank Khaitan (who made the Dulhaniya movies, as well as Dhadak), and costars Kiara Advani and Bhumi Pednekar.

Fukrey 3
Release date: To be announced 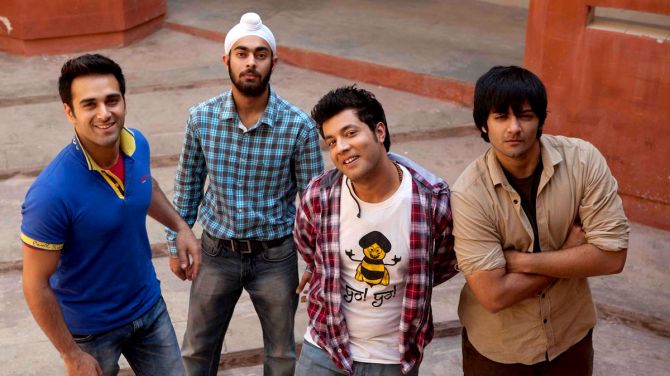 Had things gone as per plans, Fukrey 3 would have kept its date with 2021.

So far, Producers Ritesh Sidhwani and Farhan Akhtar haven't announced the release date for the third installment of their hit franchise.

Shooting for this film is complete and the actors -- Pulkit Samrat, Ali Fazal, Varun Sharma, Manjot Singh and Richa Chaddha -- are waiting patiently to appear on the big screen again. 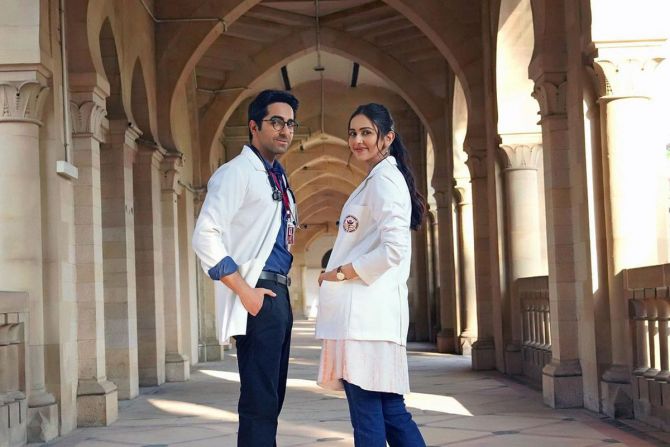 Yet another Ayushmann Khurranna film, yet another entertaining (and adult) subject.

If buzz is to be believed, the actor plays a gynecologist in this film.

Directed by Anubhuti Kashyap, the film's shooting has long been completed and will arrive after Ayushmann's intense film, Anek. After Coolie No 1, Varun Dhawan will be seen in the family entertainer, Jug Jugg Jeeyo.

Kiara Advani plays the leading lady. Anil Kapoor and Neetu Kapoor come together for the first time ever. 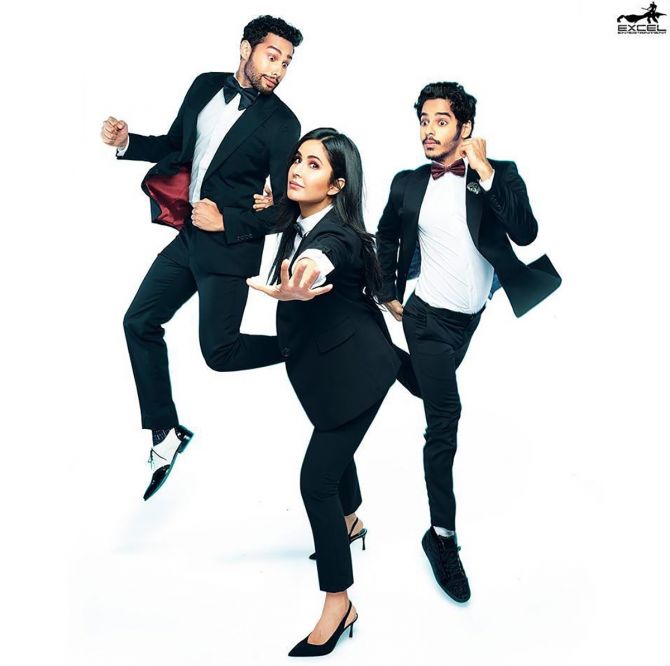 Katrina Kaif tries her hand at comedy with Phone Bhoot.

Yet another unique film from producers Ritesh Sidhwani and Farhan Akhtar, this has an unusual cast of Siddhant Chaturvedi and Ishan Khatter accompanying Katrina, along with Jackie Shroff. On a roll after Shershaah, Sidharth Malhotra leads the show in Thank God.

In true Indra Kumar style, this is meant to be a entertainer with Rakul Preet as the leading lady.

Buzz is that Ajay Devgn plays God in this modern day take. Is Mr And Mrs Mahi based on Sakshi and Mahendra Singh Dhoni's love story?

While that's the buzz, Producer Karan Johar hasn't made any official announcement.

The film's poster does feature a blue jersey and a cricket ball.

Cirkus
Release date: To be announced 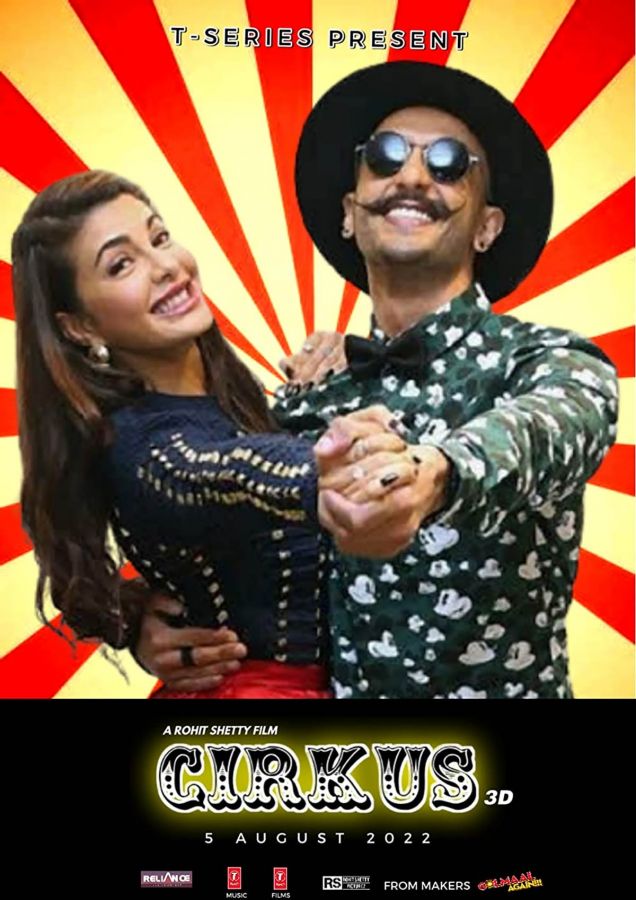 Rohit Shetty may have given us blockbuster action movies like Singham, Simmba and Sooryavanshi, but he's also the man who made the hilariously funny Golmaal franchise.

He returns to comedy with Cirkus, the shooting of which has already been completed.

A comedy of errors, this one has Ranveer Singh and Varun Sharma in double roles along with Jacqueline Fernandez and Pooja Hegde. 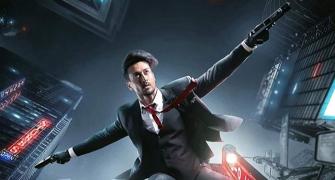 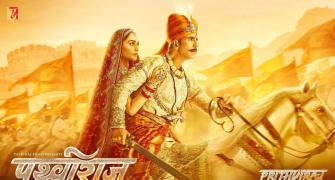 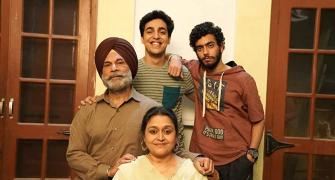 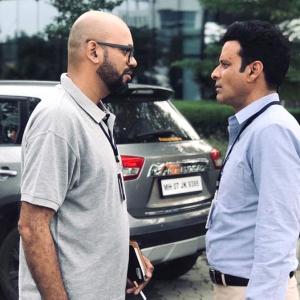 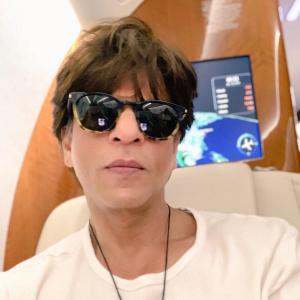