News
Business
Movies
Sports
Cricket
Get Ahead
Money Tips
Shopping
Sign in  |  Create a Rediffmail account
Rediff.com  » Movies » 'Sushmita has that amazing aura about her'

'I regard her as Miss Universe, but not for the reason that most people do.'
'When she is talking to you, she makes you feel like you are the only one in this universe.' 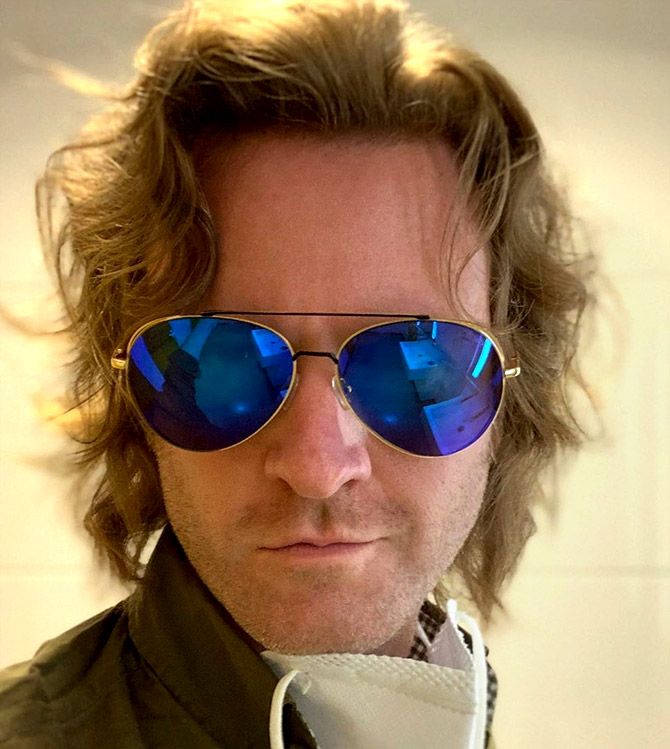 He got his start in India by modelling and acting in commercials which led to small roles in the movies, including one in the Amitabh Bachchan-starrer Cheeni Kum.

Alexx boasts about 30 films and Web series on his resume.

He is currently receiving praise for his role in the Web series Aarya, which features Sushmita Sen in the starring role.

"I am running my own race. You are welcome to run alongside me, you are welcome to run ahead of me or behind me. But I am really not focused on what other people are doing. I am trying to do the best work that I can," Alexx tells Rediff.com Contributor Mohnish Singh over the phone from Holland.

What kind of response have you been receiving for your performance in Aarya?

It has been overwhelming.

I think this particular type of role has not been seen before in the Indian entertainment realm.

This man is not Indian, but somehow, he is personifying the Bhagwat Gita and presenting it to Indians itself.

That was probably the main challenge.

I felt I really needed to get it right and, of course, (director) Ram Madhvani put together a team to ensure that I did.

Up until its release, we were a little worried that people would not accept a foreigner presenting the Bhagwat Gita.

But I surprised now. The appreciation has been overwhelming.

I have done over 30 films and shows over the past 10 years.

Every time something releases, it's special. But working on this project has been unique as it combines my love for music.

I have been part of a project this big, of this scale for the first time. 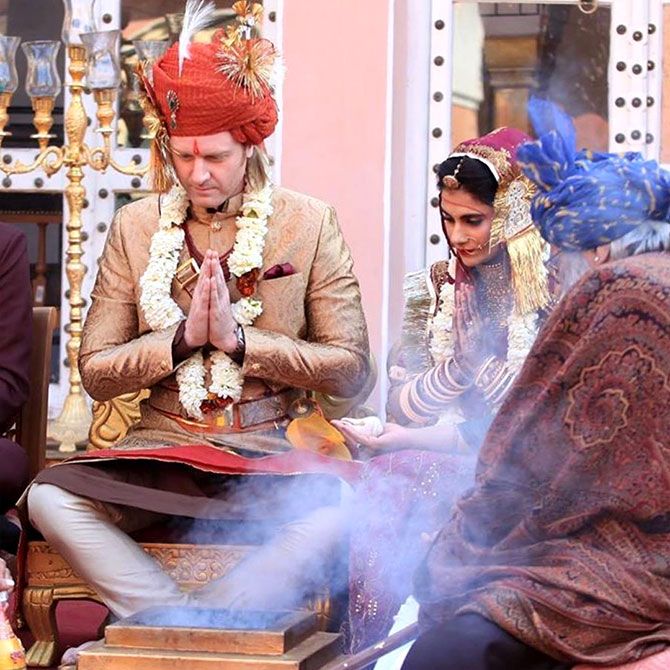 How did you bag the part?

Abhimanyu Ray is probably India's finest casting director. He did this project with full understanding of what he was looking for.

I know so many casting directors.

Often, you go to their office and have a discussion. But you really don't know what they are looking for.

That's not the case with Abhimanyu.

We first met with regard to a sports-based project which is still in pre-production.

Anybody who knows Abhimanyu knows that there are guitars in his office. We started chatting about music and guitars.

It was something we connected on.

After a week, we finalised that film.

After a couple of weeks, he called me up and said there was another project that had just come up. It was the role of a musician.

I think it just stuck in his mind that I was into music as well and that I had plans to release my debut single.

I went back to his office and we worked through a couple of scenes.

So I was attached to the project the moment he narrated it to me. Aarya combined my love for music and acting.

I had done sports projects before like Inside Edge.

But for the first time, a music project came along and that was something which made me instantly excited. 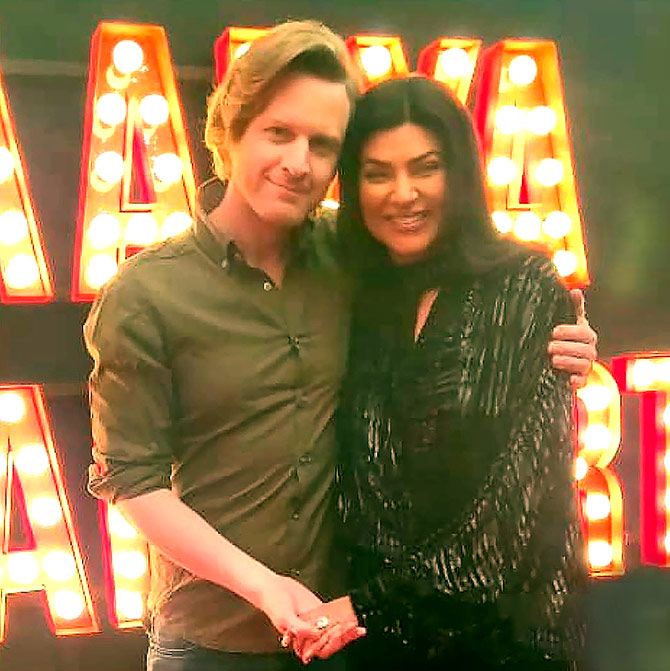 How was it to share the screen space with Sushmita Sen?

I regard her as Miss Universe but not for the reason that most people do.

When she is talking to you, she makes you feel like you are the only one in this universe. In that way, she is Miss Universe to me.

She has that amazing aura about her.

Whether she is acting or talking to you, she is captivating.

As you may know, we shot Aarya outside Jaipur, Rajasthan.

The entire unit was living and working together in a palace for about 10 or 15 days.

You really get to know one another when you are living together... you know, having breakfast, lunch and dinner together.

Shooting all day and then dancing, singing and having a few drinks in the evening.

It was really, really wonderful having that opportunity.

Be it television, films or Web series, you have explored all mediums. How do you differentiate one from the other?

Television, for me, is very exhausting.

I don't want to put it down because it reaches to millions and millions of people. But when you think about the fact that you are trying to create 43 minutes of content every day, it is exhausting.

On the other hand, when you are shooting a film, you are trying to get two-three minutes of content every day.

So, in television, it is a huge struggle to get that much content out every day.

Having said that, as time goes by, a lot of television production houses have recognised that they need to increase their quality.

A lot of actors are appearing on television now.

So technology and talent are both there. There are excellent technicians working in the television industry.

But, for me, I find that if I do television, I cannot do anything else professionally.

I don't say no to television, but I am very apprehensive towards it.

With films, it is beautiful because you live one particular character for a certain amount of time and then it ends.

It is not never ending the way television is; you have a finite end and you can create a character graph.

Similarly, Web series are finite. But you can create more in-depth stories here.

Frankly, I have started falling in love with Web series. I have done Inside Edge and 21 Sarfarosh - Saragarhi 1897. 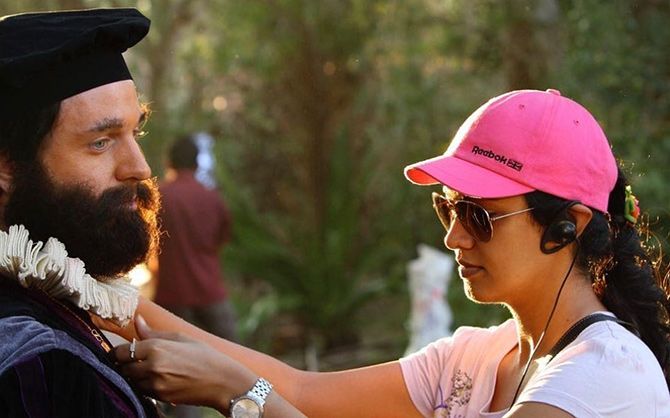 You were doing theatre in America before you packed your bags and came to India to explore acting opportunities. How did the transition happen?

I started doing theatre at the young age of nine and continued till the time I was 19.

After doing theatre for a decade, I took a long break because there were so many things that I wanted to do, but I had no time.

Then I returned as a model. I had been doing modelling in the US and India as well.

Modelling led to my first advertisement, followed by acting assignments in Cheeni Kum and Lions of Punjab Presents.

It led to a reality show Nach Baliye, then to more and more films.

Being an American actor, it must have been challenging to find work in Indian films.

I was the first to admit that I was not the best actor. But I have been extremely lucky.

I may not have had as much struggle as others because my first few films were massive hits.

Having said that, I have gone through ups and downs in my career like everybody else.

I have made bad decisions about films.

I passed some films which were exceptionally good. Later when I watched them, I regretted not doing them.

But at the end of the day, all of us go through this journey, whether it is in a corporate career, in films or in television.

Was this journey difficult? It is difficult for everyone.

But there is a place in this industry for people who work hard.

You may want to know my views on nepotism; that is a question I am being asked in every interview these days.

But I am really not focused on what other people are doing. I am trying to do the best work that I can.

Nepotism exists; it exists in every industry.

But frankly, I am just focused on opportunities I am getting.

To focus on roles that I did not get or the mistakes that I made makes no sense.

Hard work will take you a long way.

In the end, I feel I have been fairly lucky, to be honest.

You have completed more than a decade in the Indian entertainment industry. How do you look back at your journey?

I look back at it as an exceptionally unique and beautiful journey.

I have had the opportunity to work with some of the finest film-makers, including Tigmanshu Dhulia and now, Ram Madhvani.

I also got to work with some of the best actors in the world, whether it is Amitabh Bachchan, Vinay Pathak, Prabhudeva or Prithviraj.

Besides films, I have branched out to music. I released my debut music video featuring Shama Sikander and myself.

I have six films ready to release, including Roohi-Afzana with Rajkummar Rao.

It feels like my journey has just been started because there are so many exciting projects to talk about. 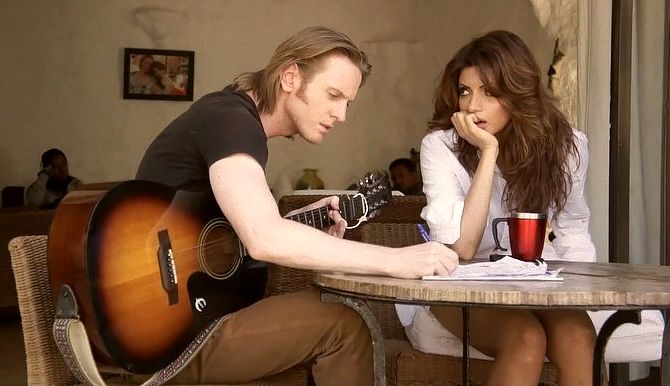 How have you been surviving the lockdown?

The moment the lockdown happened, I felt this was my time to dive into music.

All plans for shooting were put on hold due to the pandemic. I was five days away from finishing a Bengali sports-based film.

I started dubbing for Aarya from my apartment in Lokhandwala (Complex, north west Mumbai). Then I came to The Netherlands to spend time with family.

I am three-four days away from finishing my next music video. Again, it features Shama Sikander and myself. I am planning to release it in the first half of July.

So lockdown for me has meant finishing Aarya, completing my music video and getting it out, and promoting my work.

It has been an exceptionally busy time.

I am thankful that I have the luxury of being able to focus on work during this time because I know it is a trying time for a lot of people out there.

I am in Holland right now, but my heart goes out to you guys in India because I know the situation is difficult and getting worse.

I constantly watch news and keep a tab on the latest information in Mumbai because so many of my loved ones are there. 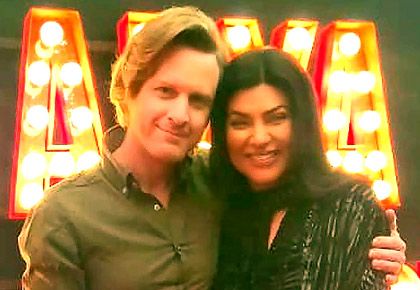 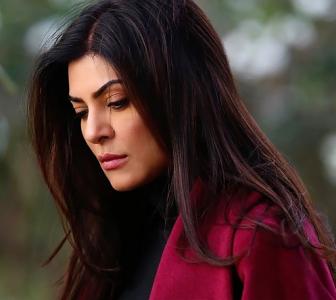 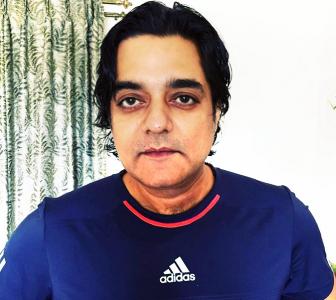 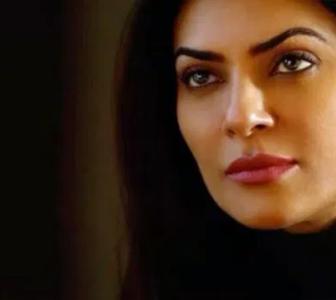 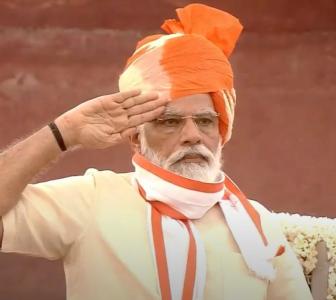 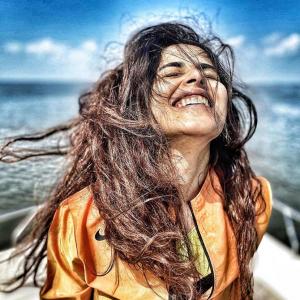 Why is Genelia laughing?