What are the chances of spotting a Mega Star riding a cycle alongside?

Unlike many of his mates in Bollywood's Mega Star league, who travel around Mumbai in their fancy 3BHk-size vans fitted up with giant television screens and virtually every luxury known to man, Salman Khan is known to do stuff that we ordinary mortals do every day of our oh-so-boring lives.

Motorists traveling on Mumbai's Western Express Highway were startled one recent morning to see the star who delivers blockbusters with the frequency of a pizza delivery man riding his bicycle alongside.

Okay, okay, it wasn't a cycle often seen in these parts -- it was a Being Human electric bicycle no less.

Sallu rode with practised ease, waving out to folks who hailed the star on their way to their dreary destinations.

Rediff.com reader Majeed Shaikh was one of the lucky Mumbaikars who spotted Salman on his morning ride and shared pictures and a video of the star -- whose Tubelight releases on Eid next fortnight -- cycling away nonchalantly. 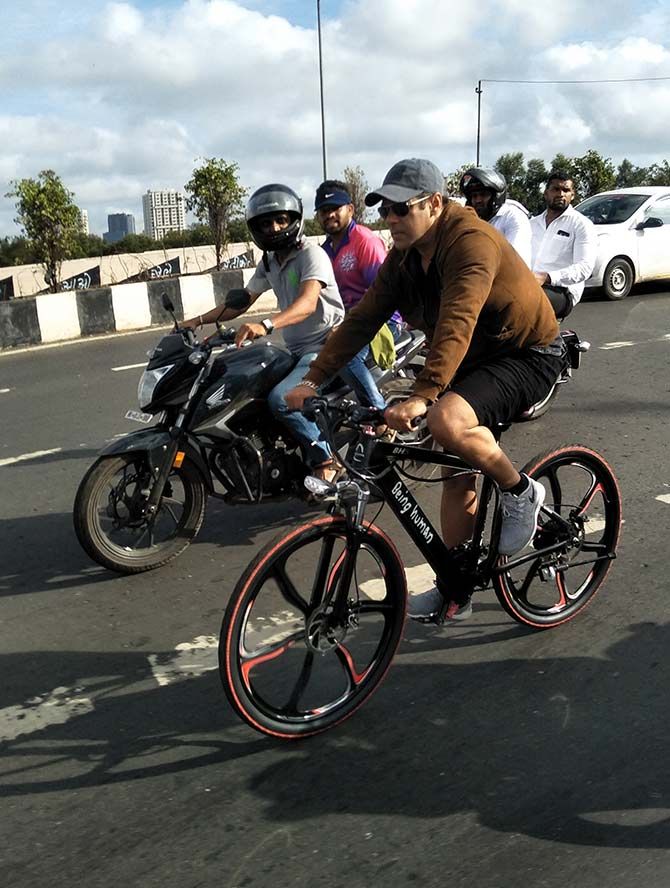 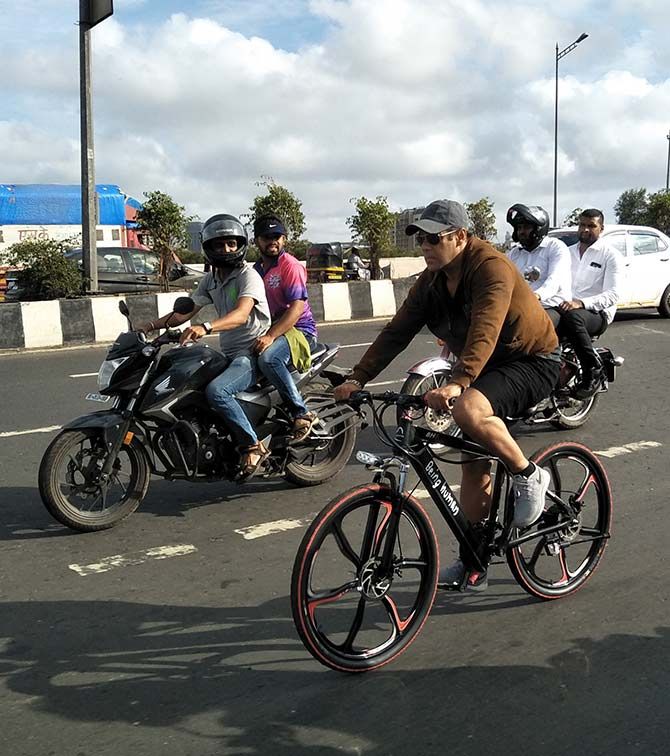 If you meet/see film or television personalities and take a photograph or a video, please do mail your pictures/videos to moviesdesk@rediff.co.in

Or upload the pictures/videos on ZaraBol 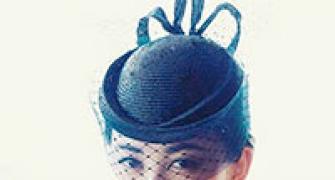 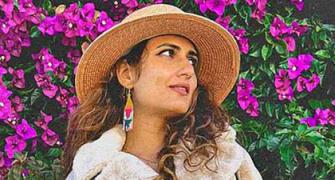