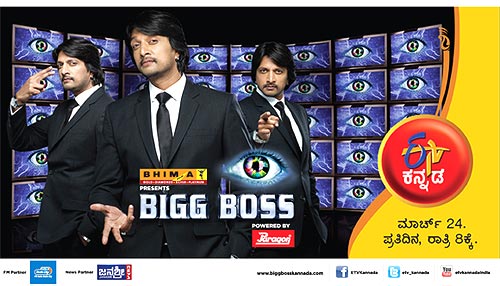 The first regional edition of the popular celebrity reality show Bigg Boss will go on air on ETV Kannada channel on March 24 at 8 pm.

The Kannada version of the show will see 13 celebrities from Karnataka inside the Bigg Boss house located in Lonavala, in Maharashtra where they will stay for 100 days without any connect with the outside world.

The only person that the participants will get to speak to will be the host of the show, Sudeep.

The show will be telecast Monday through Saturday. However, every Sunday at 8 pm, unseen footage from the shows will be aired.

Sudeep will make an appearance on the show on Fridays and Saturdays when the house faces eviction of one of its members. The contestants will face nominations on Mondays to be followed by evictions with Sudeep on Fridays.

Says Sudeep, “This is definitely a great platform as I will get to play myself instead of some other character. The reach of television is much more than films as more people at home watch television.”

The Bigg Boss house is considered a posh jail with a fenced compound. Some 47 cameras, 50 microphones and 600 crew members are involved in the production. While the show will have technicians from Mumbai, people from the content team in Bangalore will be on location.

Says Abhishek Rege, COO (Television), Endemol India, “We intend to take the popularity of this show further by adapting the format to suit various regional languages of India.”

The participants will not be able to use their mobile phones or internet, or read newspapers and magazines or even watch television. The house will not have a clock or a calendar either.

Says Paramesh Gundkal, programming head of ETV Kannada: “The Bigg Boss programme is not scripted as many believe, but situations are created to get the necessary tantrums as reactions. The programme will be shown almost real-time with a gap of 18 hours between the cut-off time and the telecast timing.”

The names of the celebrity participants have not yet been revealed and Sudeep claims he too is completely unaware of them.

“As a host, I have to be completely neutral and I am just hoping that none of my friends are going to be inside the house as it will be difficult for me,” he says.

Interestingly, Sudeep says he has not watched or followed the Hindi version of the show. “I have watched only one episode of the show. I really liked the format and I feel that the show will be different for Kannada audiences.”

Gundkal expects the reality show to increase the channel’s audience base and widen its reach. He said the Kannada version will retain the family connect as the channel is known to be popular with families. The show will focus more on tasks that will test the celebrities’ grit rather than on controversial content.

Paramesh Gundkal also said that ETV Kannada has been getting a new look and feel following the creation of a good mix of programmes in the recent past after it was acquired by Colors TV. 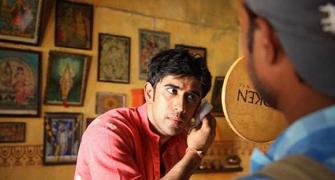 'I am not a hero. I don't have a face like Salman Khan' 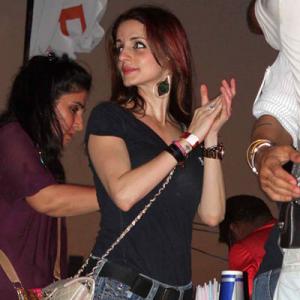