News
Business
Movies
Sports
Cricket
Get Ahead
Money Tips
Shopping
Sign in  |  Create a Rediffmail account
Rediff.com  » Movies » 'I feel I have lost a part of me' "I don't know of anyone as erudite as Soumitra," Sharmila Tagore's voice trembles with emotion as she talks about her first co-star, Soumitra Chatterjee, who passed into the ages on November 15.

"He could talk about any subject under the sun and with irrefutable knowledge. Soumitra and I started our careers together in Satyajit Ray's Apur Sansar. He was 10 years older than me, but I never felt the gap."

"He was a dear and loyal friend, always supporting me when the need arose. If he saw me being questioned, he would invariably defend me. After my husband Tiger (Mansur Ali Khan Pataudi) and Shashi Kapoor, I have lost another very dear friend."

"I was an actor by accident," she continues. "He always wanted to be an actor. Our friendship started with the words that we exchanged as husband and wife in Apur Sansar."

"I was not supposed to understand some of the big words that he used in the film. Our exchanges in the film were very revealing."

"In one sequence he uses a very sophisticated Bengali word for 'dedicate' when he tells me he will dedicate his book to his wife. I pretend to not understand the word."

"I remember in another scene, he explains to me why he can't spend more time with me as he has to earn a living. I gently suggest that he stop doing all the extra tuition and come straight home every day."

"The words we spoke to one another in these scenes established a bond between us which existed right till his passing away. When we acted together or conversed, I would listen very closely to him. I'd observe him closely." 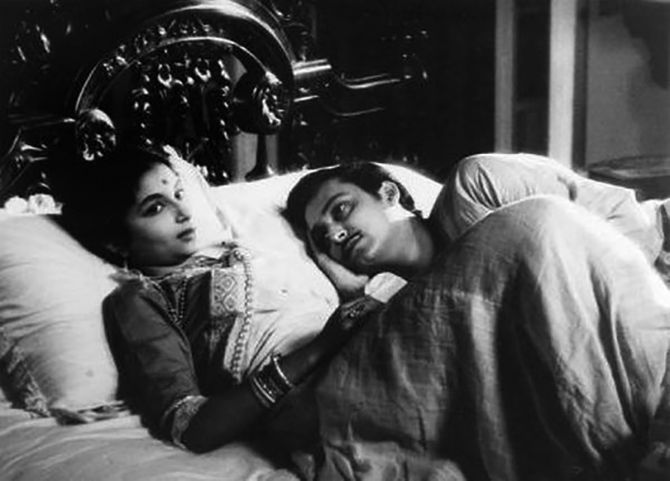 "After Apur Sansar and, of course Devi, we worked together again in Ajoy Kar's Barnali in 1963. I saw that film again during the lockdown. He's so good in it! He was working non-stop for 70 years."

"At the box office, he was not Uttam Kumar. But his performances are part of Bengal's heritage. He was wonderful in Kony where he played a swimming coach, and in Rituparno Ghosh's Asukh and in so any others films which I intend to see again. He did outstanding work."

Soumitrada was much more than an actor.

"He was a true renaissance artiste," she says.

"He was theatre actor. He directed plays. He did Jatra (Bengali folk theatre). I asked him why. Jatra< travelling all night, etc. He said he needed the money and also the sheer experience was precious to him."

"He was a painter and he did wonderful poetry recitation on stage. He wasn't just a cover reader. He was widely read Like Naseeruddin Shah he was mad about theatre and sports. And politics. He had a child-like curiosity and childlike charm." Sharmila remembers being on two outdoor locations with Soumitrada.

"One was for Satyajit Ray's Aranyer Din Ratri and the other for Goutam Ghose's Abar Aranye. Almost everyone connecting with these films is gone. After our shooting, we had our adda, gupshup and there was a connection with him that I can't explain. His success made me happy and vice versa."

"He got along very well with Tiger. When he won the Padma Bhushan and the Dadasaheb Phalke Award, we met and celebrated. Every time I felt I hadn't spoken to him for too long, I would guiltily call him and we would chat."

"We recited poetry together on stage several times. That was a learning curve for me. We also did a poetry-reading play called Ke Tume. It was well appreciated.

"We also performed in Bangladesh together. We vibed well. He was a wonderful friend. I feel I have lost a part of me. But I also know his legacy is ineradicable. He never strove to be a star."

"He was Satyajit Ray's muse. Their 14 films together stand testimony to a historic collaboration like Martin Scorsese and Robert di Niro." 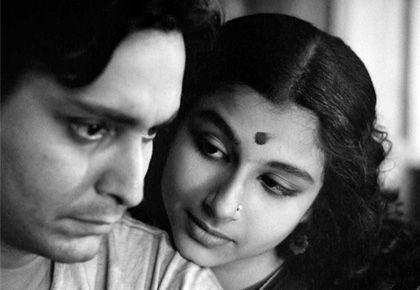 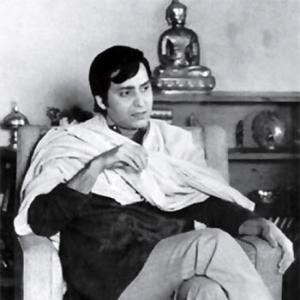 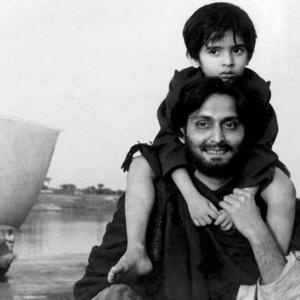