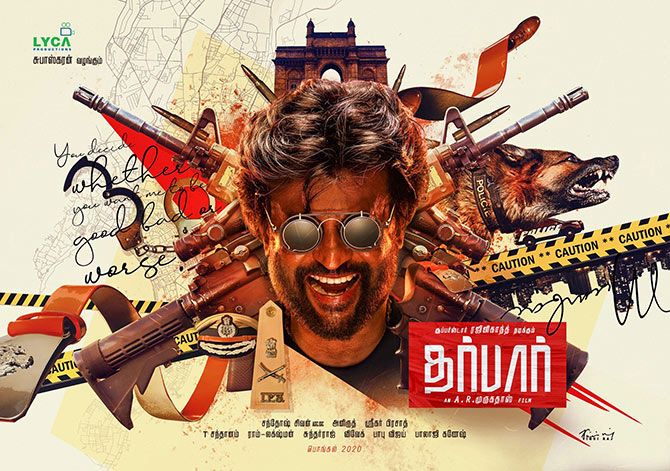 It seems to indicate that the A R Murugadoss-directed flick could be a cop film.

The poster, which carries the punchline, 'You decide whether you want me to be good, bad or worse,' is splashed with paraphernalia related to the police, including an IPS epaulet, a pair of handcuffs, a couple of guns, a police dog, an official police belt and hat and a caution tape normally strung across crime scenes.

And it features a spectacled and bearded Rajinikanth!

The first look also includes the Gateway of India in Mumbai, hinting that the story might be based in the Western metropolis (could it be related to the 26/11 Mumbai terror attack, which included an attack on the iconic Taj hotel?).

This is the first tie-up between Rajinikanth and Murugadoss, whose last venture Sarkar -- with Vijay in the lead -- had kicked up a row over its depiction of the ruling AIADMK's freebie schemes in an alleged bad light.

Anirudh -- his father, actor Ravi Raghavendra, and Ranjinikanth's wife, Latha, are siblings -- is scoring the music for the film. He had also scored the music for Rajini's hit movie, Petta, whose songs went on to become chartbusters.

Nayantara is playing the leading lady in Darbar, which has been produced by Lyca Productions.

Darbar is scheduled to release on Pongal (which falls in January) 2020. 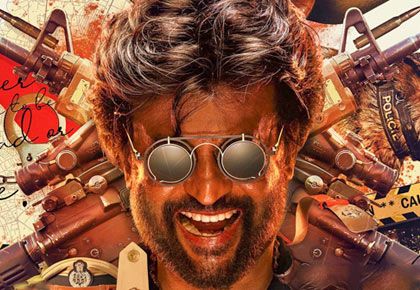 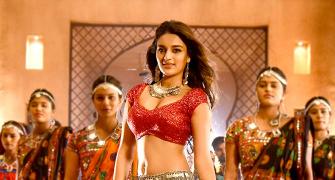 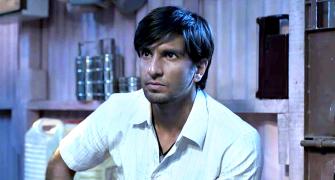 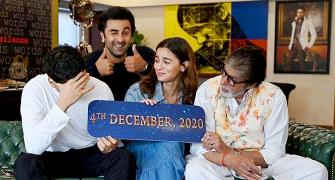 PIX: Is that Will Smith in Haridwar?!