Rock On!! concert in Mumbai 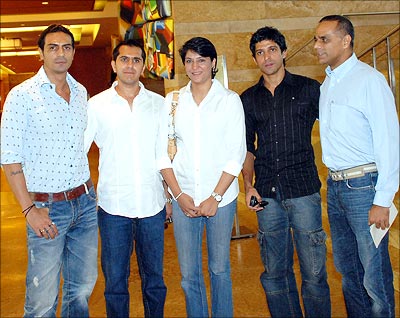 Here's some good and bad news for all you fans of the movie Rock On!!

The good news is that Farhan Akhtar [one of the leads in the movie] is going to perform at a rock concert called 'Rock On!! For Humanity.

The bad news is that none of the other guys who star in the movie are going to perform.

Announcing this on Friday, organisers Farhan along with Arjun Rampal, producer Ritesh Sidhwani and Priya Dutt, said that the concert will be held at the MMRDA grounds in Mumbai on October 31.

The concert is the brainchild of Farhan and Arjun.