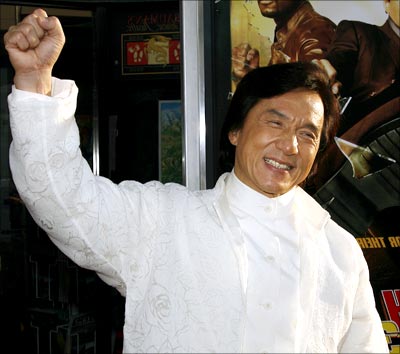 Jackie Chan is reportedly getting set to star in the remake of the hit 1984 movie The Karate Kid.

The actor is said to be filling the shoes of Pat Morita, who played Mr Miyagi in the hit movie.

The news comes straight from Han Sanping, president of China Film, who revealed it to Monkey Peaches.

And, if Chan for some reason does not take up the role, then the next one in line might be Stephen

The movie is being produced by Will Smith's shingle, and rumours were abuzz that the actor's son Jaden would be playing the role of the new martial-arts training tyke.

However those rumours were shot down by the actor's rep.

Smith himself is said to have signed on to play the villain in the movie.