Kirk Douglas, one of the great Hollywood leading men, who starred in movies like Spartacus and Champion, has died, according to his son, actor Michael Douglas. He was 103. 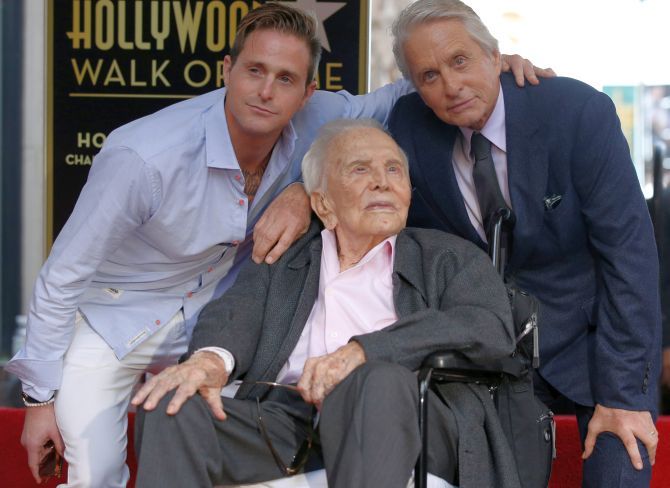 The star died on Wednesday at his home in Beverly Hills, California. He is survived by his wife of 65 years Anne Buydens and his three sons Michael, Joel, and Eric.

His son Michael Douglas, an acting icon in his own right, revealed the news of his father's death in an emotional statement to People magazine.

“It is with tremendous sadness that my brothers and I announce that Kirk Douglas left us today at the age of 103,” he said.

“To the world, he was a legend, an actor from the golden age of movies who lived well into his golden years, a humanitarian whose commitment to justice and the causes he believed in set a standard for all of us to aspire to. IMAGE: The Hollywood acting legend is survived by his second wife Anne Buydens. The couple were married for 65 years. Photograph: Danny Moloshok/Reuters

“But to me and my brothers Joel and Peter he was simply Dad, to Catherine, a wonderful father-in-law, to his grandchildren and great grandchild their loving grandfather, and to his wife Anne, a wonderful husband.

“Kirk's life was well lived, and he leaves a legacy in film that will endure for generations to come, and a history as a renowned philanthropist who worked to aid the public and bring peace to the planet. Let me end with the words I told him on his last birthday and which will always remain true. Dad -- I love you so much and I am so proud to be your son.” IMAGE: Douglas received critical acclaim for his role in the 1960 classic Spartacus where he played the gladiator leader of a Roman slave revolt. He was nominated thrice for the Oscar, but never won it. However, in 1996 the Academy of Motion Picture Arts and Sciences awarded him an honorary Oscar for his role as a creative and moral force in the movie industry. Photograph: Keystone/Getty Images

Kirk Douglas was prolific as a film actor, with more than 90 credits to his name - ranging over six decades from the 1940s to the 2000s.

He is perhaps best-known as Spartacus, a Stanley Kubrick film which won four Oscars and was so popular that its iconic "I am Spartacus" scene entered the pop culture lexicon.

Douglas was himself nominated for an Oscar three times - for Champion (1949), The Bad and the Beautiful (1952), and Lust for Life (1956). He eventually won the honorary award in 1996 in recognition of his 50 years in the industry. 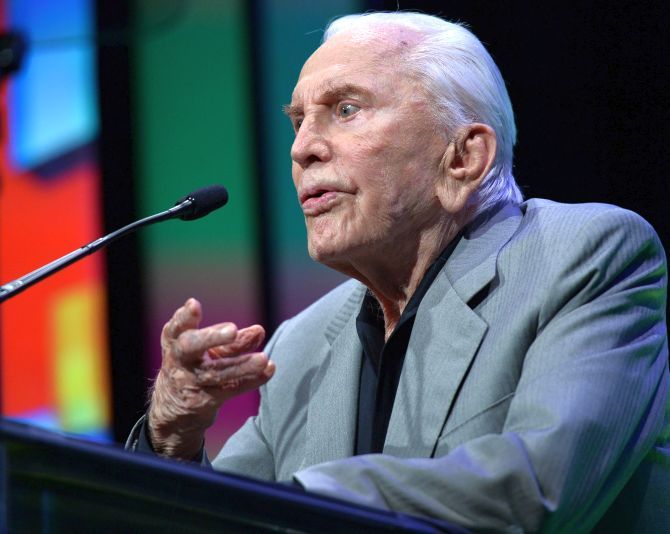 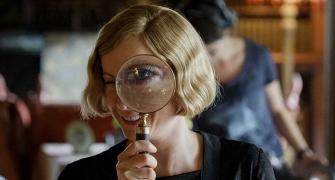 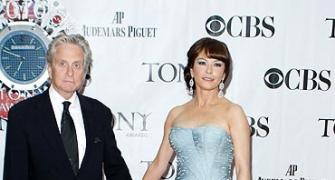 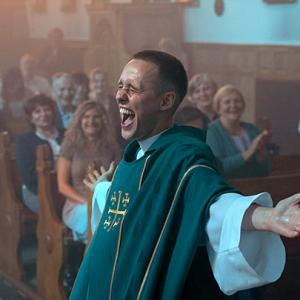