Actor Arjun Rampal, who worked with Kapoor in his directorial debut in Rock On!! tweeted a photograph of the couple and  wrote, ‘My best friends wedding. Congratulations @Abhishekapoor @pragyadav_ God bless u with the most beautiful journey ahead.

Kapoor, who is currently working on his new film Fitoor, started dating the Indian-origin Swedish model in 2013.

Aamir Khan: My heart breaks with the rising death toll

Bollywood star Aamir Khan turned to Twitter to ask his fans to donate for the earthquake victims in Nepal.

He tweeted: ‘I visited Nepal recently, and my heart breaks with the rising death toll. Please lets help the affected children.’ The first look of Emraan Hashmi and Vidya Balan starrer Hamari Adhuri Kahani is out.

Mahesh Bhatt shared the official first poster of the film and tweeted: ‘A love story that will transcend time- the poster of Hamari Adhuri Kahani.’

Written by Mahesh Bhatt and Shagufta Rafiq, the romantic film stars Emraan Hashmi, Vidya Balan, and Rajkummar Rao. It is based on the story of Bhatt's parents Nanabhai Bhatt and Shirin Mohammad Ali, and his stepmother. The first look of Sonam Kapoor starrer upcoming biopic Neerja is now out.

Sonam shared her look and tweeted: ‘Hello everyone! This is me as Neerja! in our tribute to Neerja Bhanot. This is my most special film..thank you.’

Kapoor plays the role of Neerja Bhanot, the daredevil flight attendant of PanAm, who lost her life trying to save the lives of passengers from terrorists onboard the hijacked PanAm Flight 73 on September 5, 1986. Hema Malini, who celebrated her 35th wedding anniversary with Dharmendra on May 2, thanked her well-wishers on Twitter.

She shared a picture of herself with her veteran actor husband and tweeted: ‘Dharamji & I celebrated a wonderfully relaxing Wedding Anniversary eve all by ourselves after a long time.Love is..togetherness.’

Hema will be next seen in Ramesh Sippy’s upcoming film Shimla Mirch. 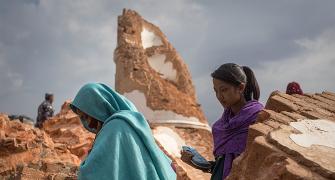 'For us, it is like Delhi losing Qutub Minar' 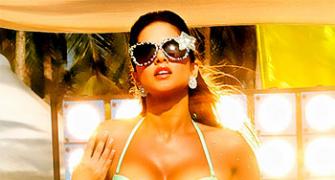 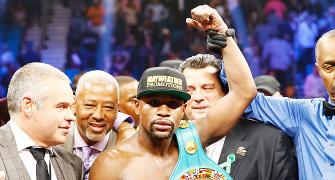 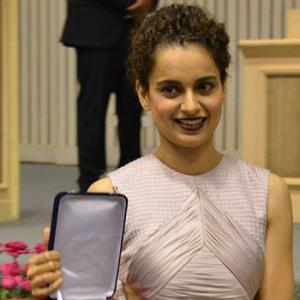