Actresses come and go, but these ladies will always dazzle.

A recent list of Hollywood's highest paid-actresses, topped by Sandra Bullock, made us think about heroines in the movie business, who have transcended the fleeting nature of fame to become truly iconic.

Actresses come and go and shine, but every few years one comes along who soaks up the spotlight from all over the world, who dazzles the planet with her smile, and who we all end up talking about.

Here, then, are the ladies who have reigned over our imaginations across the last three decades.

She might not have topped the list quite yet, but 23-year-old Jennifer Lawrence is surely the actress of the moment.

With two massive ongoing franchises (The Hunger Games and The X-Men) and three Oscar nominations (and one Best Actress trophy for Silver Linings Playbook), she's the most exciting woman in Hollywood today. And, conceivably, will remain so for some time to come.

Image: Sandra Bullock in the The Blind Side

Bullock, who most of us used to know as 'that girl from that movie called Speed from 20 years ago,' took a while to make it to the big league.

Things really clicked for her starting in 2009, when she struck box office gold with The Proposal and won the Best Actress Oscar for The Blind Side.

Since then, she's been both bankable and critically endorsed, and her career's been in orbit.

In 2005, Hathaway -- who had only Disney films The Princess Diaries in her kitty at the time -- starred in Brokeback Mountain. Then came The Devil Wears Prada, Rachel Getting Married, and a spate of hits, making her the definitive actress for the mid-end 00s.

Until very recently, she was the industry's it-girl. But even without such glaring spotlight, she's still belting it in Les Miserables and purring as Chris Nolan's Catwoman.

The new century kicked off with a burst of Angelina Jolie, as she majestically took over Hollywood in style.

She garnered critical acclaim with Gia and Girl, Interrupted (the latter winning her a Best Supporting Actress Oscar), and then conquered the box office as Lara Croft in the Tomb Raider movies.

With those films and other smashes like Mr & Mrs Smith and Wanted, the first five years of the millenium belonged clearly to Jolie.

Alongside Jolie rose the star of Halle Berry, the bright-eyed stunner who played Storm in Bryan Singer's X-Men franchise.

With movies like that and Swordfish getting her the moolah, Berry was free to work in serious films like Monster's Ball, a film that won her the Best Actress Oscar, making her the first African-American woman to win the award.

As if that wasn't iconic enough, Berry then played a Bond girl in Die Another Day.

Image: Nicole Kidman in The Hours

Straddling the cusp of the century was Nicole Kidman, the Australian blonde who looked as comfortable in a Lars Von Trier film as she did being Batman's girl.

Kidman shone in films like To Die For, Eyes Wide Shut, Moulin Rouge, Dogville and, ultimately, as Virginia Woolf in The Hours, the drama bringing her a Best Actress Oscar as well as the Silver Bear for Best Actress at the Berlin Film Festival.

We first glimpsed Diaz in Jim Carrey's The Mask, but what a va-va-voom glimpse it was!

The late 1990s were all about the casually sexy Diaz and her goofy comic charm, with the actress scoring successes as eclectic as There's Something About Mary, A Life Less Ordinary, Being John Malkovich and the Charlie's Angels films -- not to mention Shrek, where she voiced Princess Fiona.

Is there another star quite as bright as Julia?

She got her first Oscar nomination for 1989's Steel Magnolias, but Roberts truly came into her own with the 1990s, kicking off the decade with the global smash Pretty Woman. She was without question the actress of the decade, with successes like Notting Hill, My Best Friend's Wedding, The Pelican Brief and Ocean's Eleven setting cash registers a-ringing.

She has been nominated for the Oscars four times, winning for Steven Soderbergh's Erin Brockovich. She might not be number one no more, but she remains the most iconic actress of all time, especially internationally -- and, given her stellar work in last year's August: Osage County, continues to be very relevant indeed.

The first time we met Meg was in Top Gun, a sensational hit where she had a tiny role.

Three years later, however, came When Harry Met Sally, the 1989 romantic comedy revitalising the genre itself.

Ryan became the go-to girl for the romcom, working opposite everyone from Billy Crystal to Tom Hanks to Kevin Kline, her upturned nose and plucky smile warming hearts around the world.

Even if she wasn't Hollywood's highest paid actress, she sure was memorably the star we all fell in love with.

What list of iconic actresses could be complete without the greatest of them all?

Her reach extends to the 1970s, (and here is a list of why we love her) but from the Meg Ryan period to the age of Jennifer Lawrence, Streep has imposed her magnificent authority on it all, making sure that no matter who the reigning Hollywood queen is, Streep remains the much-celebrated Dowager. 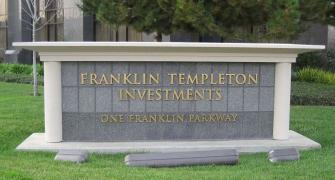 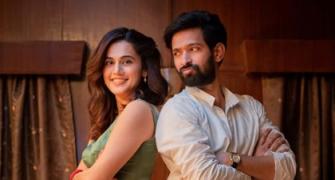