Freida Pinto to be face of Estee Lauder? 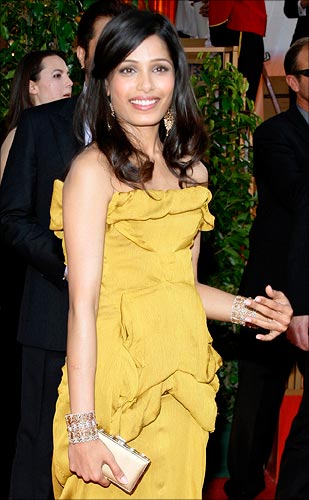 The 24-year-old, hit the Hollywood jackpot after being a part of Slumdog Millionaire, which bagged eight Oscars, seven BAFTAs and four Golden Globes.

Veteran director Woody Allen signed her to star in his upcoming film. And now, Freida is said to have bagged a six-figure sum to be the face of Estee Lauder's future endorsements, reports the Daily Star.

The Mumbaiker, who is in talks over final negotiations over a 200,000 pounds deal, will go on to become the brand's first Asian spokeswoman, the newspaper paper says. Previous Estee Lauder ambassadors have included Liz Hurley and Gwyneth Paltrow.